MARINA, THE fine debut novel by Galway writer Aoibheann McCann which is published by Wordsonthestreet, will be launched in the Town Hall Theatre by the actor Little John Nee, on Thursday April 19 at 6pm.

The novel follows the narrator, Marina, from infancy through a troubled childhood, and the forging of a lifelong friendship with someone as lost as herself. The story of the heroine’s inner struggles, her musical talent, her escape to London, her offbeat boyfriend, and eventual return to Ireland builds to a shocking crescendo.

Originally from Donegal, Aoibheann has long lived in Galway where she writes fiction, non-fiction, and poetry. Her work has been published in various literary journals, been anthologised by Pankhurst Press, New Binary Press, and Arlen House, and has recently been translated into Italian.

“I always had it in mind to write a novel,” she tells me, ahead of Marina’s launch. “I actually did the first draft of this in 2004; I had a vague idea of the theme and overarching subject. Then I took a career break - I was a teacher at the time - and I sat down every day and wrote and finished the first draft. The actual idea that sparked off the central character came to me in the Aquarium in Salthill. I was there one day looking at the fish and seahorses in their tanks and got this idea of a human who felt trapped like that. The character very much spoke to me.” 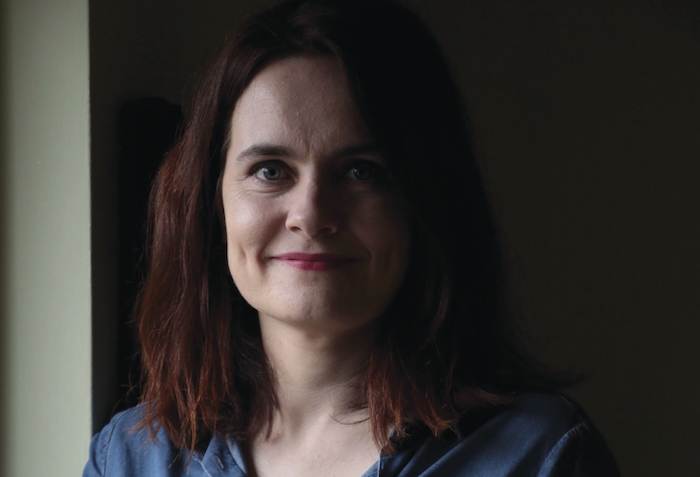 The sea is a major motif in Marina and, it turns out, in Aoibheann’s life. “The sea is huge for me," she says. "My father’s family have been mariners for generations. I grew up surrounded by the sea and had loads of relatives who were in the merchant navy, or worked as bar pilots. It’s very much part of the family. A lot of my relatives died at sea so it also has a terrifying element. From a young age I’d have been brought out in boats fishing and we’d have been down on the beach all the time.

"Luckily in Galway I can still see the sea out my bedroom window and that’s important to me. I lived in London for a while. I did love London and my daughter was born there but I found being away from the sea very difficult. The further I am from the sea the more I feel trapped. To me the sea represents freedom or limitlessness.”

The character of Marina is also ‘at sea’ in the sense of being lost in the eddies and tides of life and relationships; “She is very lost,” Aoibheann agrees. “From a very young age she says she is self aware, but the novel starts in the present with her looking back on the past and she is an unreliable narrator, so we’re taking in her of view things but through what she says. The only voice who counters her is that of Dr O’Hara who challenges what she sees. There is a strong environmental theme in the novel as well and Marina is someone who is questioning what we call civilisation.

"I had ideas in my head about evolution and we all started in the sea and then evolved to go on land, and the book is questioning where is this going, and Marina feels humanity is doomed as she sees environmental crises yet accepts them somehow and we all have to think about that. When my daughter was born I really had to see the world as it is with all its horrors and things that could hurt your children. Marina kind of sees all that as a child.”

After moving to London to study music, Marina becomes romantically entangled with fellow student Jules, a sullen eco warrior and poor boyfriend material; “Jules is very controlling and Marina doesn’t have a clue about what relationships are,” Aoibheann notes. “She thinks Jules has the answers she is looking for. I am fascinated by people who believe they know right or wrong and in my short stories I often have characters like that with moral certitude. Jules knows what’s right and wrong and his mother Sandra doesn’t help things either.”

The trope of the young Irish woman learning about life in London links Marina to works by writers like Edna O’Brien and Eimear McBride, though Aoibheann’s use of the theme comes more from her own experience. “I moved to London at 18 the day after doing my Leaving Cert where I got a job in a bar. It was such a counterpoint to where I am from," she says. 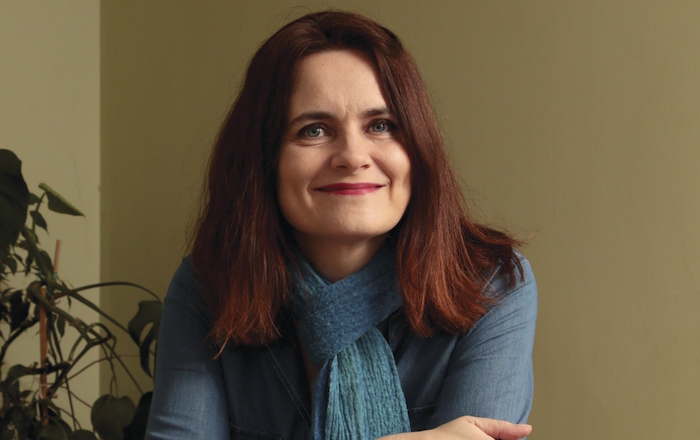 "There was an enormous sense of freedom, lots of my cousins and siblings lived there at some stage. My husband is from London, my daughter was born there, I loved that freedom, and felt relaxed and free there, but when I was there, I also felt a primordial need to return to Ireland and a lot of that was the need to return to the sea. I am a very different character to Marina, but I did bring some of my own experiences of how London is so incredibly different yet there are so many Irish people there. My sense of it at 18 was nobody knew me, or was looking at me, which was the opposite to what I lived with in Ireland where in my village I was related to everyone.”

Novelist Mike McCormack has praised Marina as "knowing and mysterious, funny and heartbreaking", and Aoibheann reveals that he also acted as mentor to her during the writing process: “After doing first draft in 2004 I left it for about 10 years and then I got a mentorship via The Stinging Fly and my mentor was Mike McCormack. That process was about bringing the novel to a final draft and it was immensely helpful.

"I’d meet Mike and we’d talk about the novel; he’d get me to do things like write a blurb for it or say what writers I wanted to be like. He got me to draw a graph of the novel and where its peaks and troughs were. He was really supportive. Galway is a very supportive community for writers; a lot of local writers saw drafts of the book and helped me with it. It’s a short novel but it is immensely difficult to finish a novel compared to a short story!”