WHEN I meet Ultan Conlon in the House Hotel on Saturday afternoon I find him in the best of humour; he has just learned his current single ‘The Measure’ has reached Number 1 on RTÉ’s charts and he is clearly enjoying the affirmative glow of its success.

The single’s success provides the perfect harbinger for Ultan’s new album, Last Days Of The Night Owl, released tomorrow [April 6]. Its 12 tracks were written on the west coasts of Ireland and America and initially recorded in Ultan’s studio in Clarinbridge. The tracks were then sent to Colin Elliott at Yellow Arch Studios, Sheffield, where brass and stings were added and, from there, they were dispatched to Grammy-winning engineer, Collin Dupuis, for a final mix and some added pedal steel. The end result is an impressive and winning collection of songs, full of warmth and emotion, that invites and repays repeated listening.

It has been five years since Ultan’s last album, Songs Of Love So Cruel, and he commences our interview with a recap of what he has been up to since its release. “I did a lot of work with that album, including going to the States in 2015 when it was released there," he tells me. "I loved playing there. It’s such a different ballgame from Ireland. Before I went I was apprehensive, you’re going in with a lot of big hitters in LA, etc, and there is just so much music over there, but I was pleasantly surprised by the welcome I got. There was a great reaction to my music. I’ll be going back again this summer.”

Among the luminaries Ultan performed with in the US were Jackson Browne and Shelby Lynne. “I did some gigs in LA in a venue called Largo which is an amazing spot,” he tells me. “It is run by a guy from Belfast called Martin Flanagan who’s been in LA for 25 years. He gets all the top musicians and comedians playing there. I ended up on a couple of bills with Jackson Browne and Shelby Lynne and I got to duet with them, I wasn’t just an opening act. When Martin told me he was putting me on the bill my jaw dropped and I felt nervous as well as excited, but they were all very down to earth and welcoming.”

Another gig Ultan speaks highly of is Ollie Jennings’s Druid Sessions here in Galway, where he recently appeared, sharing a bill with Mary Coughlan and Niamh Regan.

“That was great, the room was amazing,” he enthuses. “Once people come in there you’ve got their attention. I went to the first Druid Session as a punter and it was one of the most enjoyable gigs I’ve been to in Galway. You’re sitting in your seat and there’s nobody getting up for drinks, you don’t have people in front of you chatting on a phone – you get that in a lot of gigs nowadays and I can’t even go to them anymore. 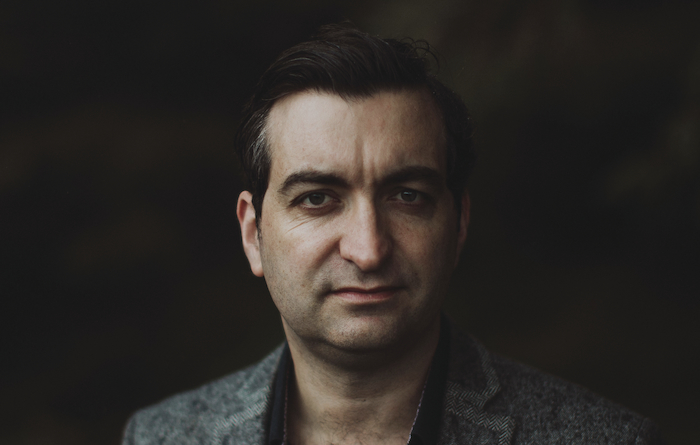 "So when Ollie asked me and the band to do the Druid Session I was thrilled, especially as my music needs an attentive listener. Mary and Niamh Regan were on as well and I’ve been gigging a lot with Mary over the past few months. She’s going to do a duet with me soon on ‘A Weak Heart Like Mine’, one of the songs from the new album. She’s taken a real shine to it and we’ve sung it live together and it has a call and response thing that works well as a duet so we’ll probably release it as a single.”

Where Songs Of Love So Cruel explored themes of regret and romance, love and loss, Last Days Of The Night Owl presents a different palette, albeit one where the warmth of the songs also include moments of doubt and wistfulness. “I agree, though I only noticed that myself after making the record. There is doubt and negativity in some of the songs but that’s a big part of my personality so I wouldn’t be doing myself justice if I ignored it,” Ultan notes with a laugh, "but the melodies and feel of the songs are warm."

'Fond Memories' describes "fond memories of the worst times", while 'Sorrow Ease’ also has a sense of loss. "I think that’s something that has always been in my songs since I was a teenager," says Ultan. "With the last record I put myself into the persona of a man who’d been through it all, marriage and kids, whereas this album felt a lot different; I wasn’t in that mood at all. These songs are not connected in the same way as the last album which had more of a thread through it. What does connect this album for me was that we played it as a band and it is very cohesive in that way and I am happy about that.”

Ultan describes the contributions of Colin Elliot and Collin Dupuis: “Colin Elliot plays with Richard Hawley and I love his band’s sound. I thought that mix would suit my music so I went to his studio in Sheffield with the last record. This time around the songs felt a little different but Colin is an amazing composer and string orchestrator and he added strings and brass in Sheffield, then it was shipped to Nashville for the final mix to Collin Dupuis. He has mixed albums by the likes of Steve Earle and Dr John and Lana Del Ray; he is a real wizard and he took my album and ran with it. When I heard his first mix back I was shocked because he did change them quite a bit, but after a couple of days I completely saw his vision and I am grateful now I did let him run with it.”

The tuneful and seductive pleasures of tracks like ‘As The Lights Get Low’, ‘Town Square’, ‘Hall of Mirrors’, ‘Ojai’, and album closer ‘The Fine Heart Of Happiness’ amply demonstrate that everyone involved on this disc ‘ran with it’ productively.

Ultan concludes our conversation by paying tribute to his fellow musicians on the album, Dave Curtis, Jon O’Connell, and Donal Kerans. “My band have been amazing on this, it was a co-production with us all really," says Ultan. "This time around I had great musicians and when they came up with ideas we ran with them, it was very much a democratic process in the studio. They’re amazing musicians, better than me to be honest! I’m a songwriter first and foremost. When I made this record I didn’t set out to be cool or go with what’s happening in music now, I just wanted to make songs that I’d like to think are timeless with good melodies and hooks. We kept it very organic, brass, strings, guitar, drums, bass, we wanted to make something that felt like a classic record.”

Anyone who listens to Last Days Of The Night Owl will agree that it sounds pretty darn good. It is released tomorrow by Darksideout Records.