BALLET ENTHUSIASTS are in for a treat this weekend when The Royal Moscow Ballet gives two performances of Sleeping Beauty at the Town Hall Theatre, on Sunday March 4 at 2pm and 8pm.

Featuring the beloved music of Tchaikovsky, and with choreography by Marius Petipa, Lev Ivanov, and Anatoly Emelianov, this promises to be a captivating and magical production of one of the great classics of world ballet.

The ballet is based on the timeless fairytale, best known in the versions by Charles Perrault and Brothers Grimm. In a glorious kingdom, the Queen gives birth to beautiful Princess Aurora. Everyone in is invited to the christening - apart from the evil fairy Carabosse. Carabosse is so angry at being snubbed she places a curse on the Princess that, on her 16th birthday, she will prick her finger on a spinning wheel and die. The beautiful Lilac Fairy alters the curse so Aurora will not die, but will fall asleep for 100 years, only to be awoken by true love's kiss.

On Aurora's 16th birthday, Carabosse smuggles a spinning wheel into the party. The Princess pricks her finger and falls asleep. A forest of thorns grows up around the palace. A century later, a handsome Prince is searching for true love and the Lilac Fairy takes him to the Princess. He fights his way through the thorns and wakes her with a kiss. The Prince and Princess celebrate their marriage with all their friends and live happily ever after. 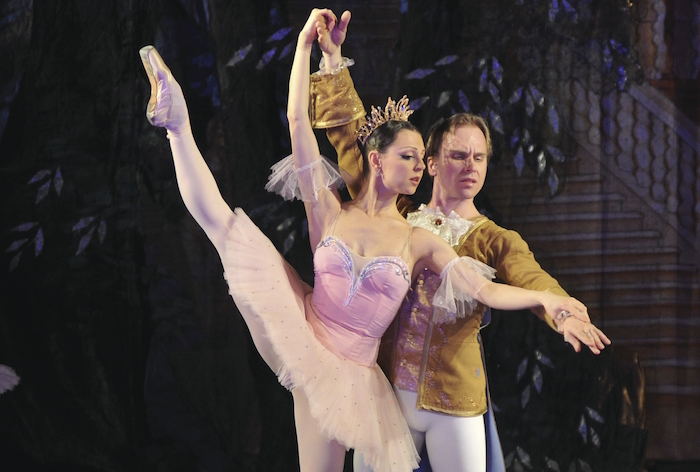 Tchaikovsky’s ballet version of Sleeping Beauty was first performed in 1890, at the Marinsky Theatre in St Petersburg. It was his second ballet, following Swan Lake, and one he loved working on. “It's impossible to describe how charmed and captivated I am. It suits me perfectly, and I couldn't want anything better than to write music for it," he wrote to Ivan Vsevolozhsky, who had devised the scenario and asked Tchaikovsky to compose the music.

Following its premiere, Sleeping Beauty soon became one of the most popular ballets in the classic repertoire and its enduring appeal is affirmed by this latest staging from The Royal Moscow Ballet.

The Royal Moscow Ballet was founded by choreographer Anatoly Emelianov and debuted in 2002. It performs a mixture of classical and modern ballets and has toured to great acclaim. Prior to founding the company, Emelianov enjoyed a successful career as a principal dancer with various companies in both Russia and the US. Ahead of his company’s Galway visit, I interviewed Emelianov about the ballet's work, and began by asking why the word ‘royal’ is part of their title given Russia has not had a monarchy in more than a century.

It transpires that Emelianov is one of those Russians who holds the Romanovs in high esteem; “Indeed Russia has not had a monarchy for the past 100 years,” he admits, "but before that it had a centuries-old history with a monarchical system, and even during the entire Soviet period the Communist government could not break the people's craving for autocracy, everyone remembers the good, and the Tsar. It so happened that I even built a chapel in my village in honour of the last Russian Tsar, Saint Nicholas II. Therefore, the name of the theatre is by no means accidental.

"Considering the great traditions of the Russian ballet school, which were also enthusiastically accepted throughout the whole of the 20th century, we decided to call our theatre this name ‘Royal’. Before the Revolution of 1917 the Bolshoi and Mariinsky theatres were called ‘Imperial’, because the attention to them was more than revered, they were the face of the court.”

Since the days of glasnost and Gorbachev, Russia has endured much social and political turmoil. Is ballet still as popular as ever? “I definitely think so,” Emelianov declares. “As before, people in our country still love ballet. And right now, in the last decade, the ballet has ‘stepped’ into the backwoods. That is, earlier it was available only to the spectators of big cities, where there were academic theatres, now ballet performances can be seen even in small towns and villages where many ballet companies tour.” 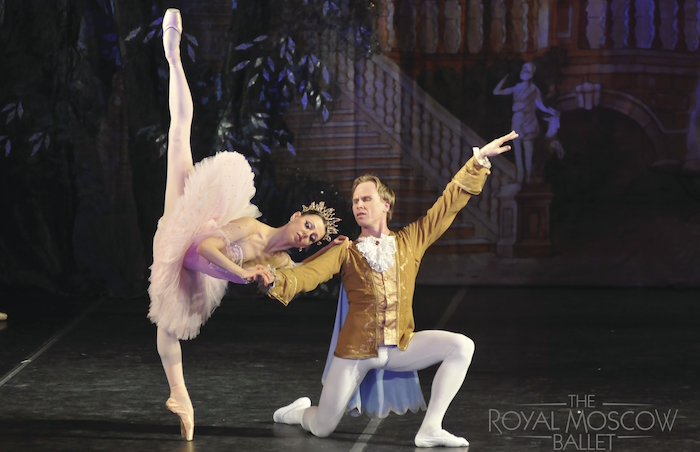 Emelianov outlines the artistic vision which fuels the work of Royal Moscow Ballet: “Our company is based on the classical traditions of ballet art, that is, the form used in our productions is classical. We try not to change traditional ballets, but only occasionally edit small pieces. On the other hand, modern productions, which I also create, well, here is a completely different story. Here comes the process of the birth of the ballet. I want to say we are not trying to be complex. We are just looking for new ways to achieve our ideas, through new choreography, new stage direction, light, sound, and other technical capabilities.”

What can audiences expect from Emelianov’s staging of Sleeping Beauty? “The production of Sleeping Beauty you will see in Galway is a traditional interpretation of the fairytale known worldwide,” he replies. “That said, I have of course added my own sprinkling of original choreography and stage direction to put my own stamp on it. Also, I have designed and created all the stage decorations and costumes to try and create as realistic an interpretation of the fairytale and of the era as possible for the audience.”

Tickets for Sleeping Beauty are €30 and are available from the Town Hall (091 - 569777, www.tht.ie ). The performance lasts two hours, including an interval.