FEW IRISH albums of recent years have been as genuinely deserving of the epitaph ‘long awaited’ as Wyvern Lingo’s debut. The anticipation began after the Wicklow trio’s Letter To Willow EP which saw them shift dramatically away from their original prog/folk leanings, and towards a sharp, modern, RnB/soul sound.

The excitement and expectation was ratcheted up further by the band’s live performances, and the release last June of the ‘I Love You, Sadie’ single - an astonishing work, deservedly deemed Irish Song Of The Year by Nialler9.

Tomorrow finally sees the release of Wyvern Lingo’s eponymous debut album, via Rubyworks, and the trio - Saoirse Duane (guitars/vocals ), Caoimhe Barry (drums, vocals ), and Karen Cowley (bass/synth, vocals ) - undertaking an Irish tour which includes the Róísín Dubh on Friday March 9 at 8pm. “With this album, we’re so happy with it,” Saoirse tells me during our Monday afternoon conversation. “We’ve put in a lot of work, and we’re very happy about the place where we are right now.”

The album, a fusion of soul ballads, exuberant RnB, and a strong, immediate, pop sensibility, crossed with intelligent and sophisticated songwriting, all imbued with majestic, sublime, harmony vocals, has definitely been worth the wait. Indeed, considering how instantaneous music delivery now is, with recording technology and digital media allowing songs and albums to be put into the public domain almost the moment after they are recorded, Wyvern Lingo’s deliberate reluctance to rush their debut is unusual. Yet, and importantly, it reflects an absolute commitment to their craft, and how deeply they care about their music.

“We’ve wanted to do an album for years, but we’re so glad we’ve held off,” says Saoirse. “We could have done this a year, two years, ago, but it wouldn’t be what it is today - and our sound has changed from what it would have been on that album.” 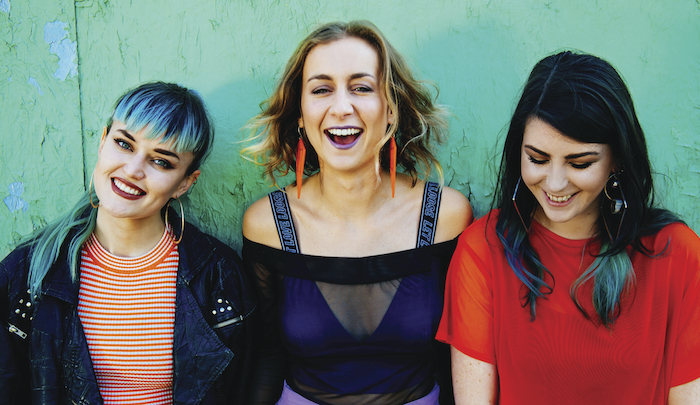 Saoirse reflects on the band’s evolution: “When we look back at The Widow Knows, it was quite rushed. We were working, we were still in university, it was a case of ‘Let’s just get this down’. With Letter To Willow we had more time and that was the start of the direction we wanted to go, but we knew we weren’t there yet."

Letter To Willow was the first recorded indication of Wyvern Lingo's move towards soul and RnB - but the band’s magnificent trilogy of recent singles - ‘I Love You, Sadie’, ‘Out Of My Hands’, and January’s ‘Maybe It’s My Nature’, the opening tacks on Wyvern Lingo, are a quantum leap forward again. What has made the difference between the EP and the new album?

“Our sound has changed because of practice,” she declares. “The album is produced by us and James Kelly. We did a lot of pre-production, a lot of crafting of the electronic sounds we wanted. We wanted to create a particular sound. ‘I Love You, Sadie’ is where we want to be and is what our sound is. We feel like we have got it and feel like we know who we are now. I don’t think our sound will change again.” 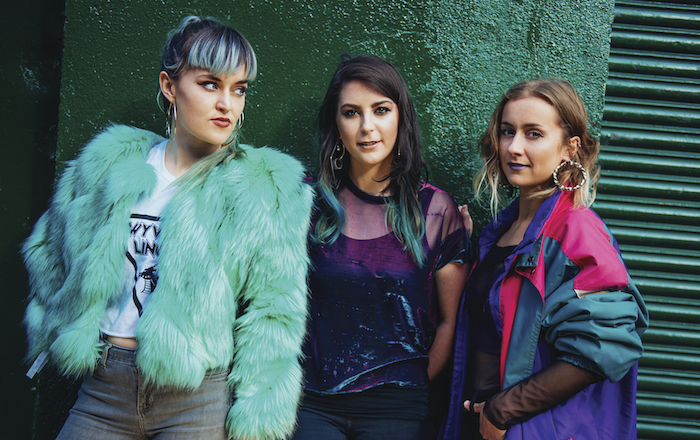 This is soul and RnB which can stand comparison with anything produced in the US or Britain. “We grew up listening to seventies rock and blues as well as Destiny’s Child,” says Saoirse, “then later great singers like Aretha Franklin and Ella Fitzgerald. Anything bluesy and soulful, we’re hooked! It’s in our blood, that’s our bread and butter and it comes out in our own music.”

This is also music which retains a strongly Irish sound and sensibility (check the almost folk sounding ‘Used’, while ‘Tell Him’ is pure Irish soul ) and is deeply engaged with issues of feminism, female sexuality, how women are viewed in society and how they negotiate such obstacles; as well as the issue of reproductive rights. All of this comes together in the album’s opening track, ‘Out Of My Hands’.

The song was inspired by a conversation Karen Cowley had with a man on the night of the Home Sweet Home/Occupy Nama demonstration. "I tried to get inside his head, that mistrust and negativity on the refugee crisis, homelessness in Ireland, and the Repeal the Eighth movement," she said.

Saoirse puts it more bluntly: “Karen met this guy out one night, and, well, the best way of putting it is, he wasn’t a very nice man. Our lyrics are very genuine, very sincere. We are talking about big issues but it’s still an experience that we have had personally. We talk about the times we live in, but it is personal. Repeal The Eighth is something we support as a band and we have done gigs for the campaign."

Yet the weight of the issues being discussed never detracts from, nor overtakes the music. It is neither didactic, not sloganeering. These songs clearly understand the declaration oft attributed to the Jewish-American radical activist, feminist, and anarchist, Emma Goldman of, “If I can't dance, I don't want to be part of your revolution”. Saoirse appreciates the sentiment. "That’s a great quote!” she says. “I love it! Nina Simone has a great quote: ‘You can't help it. An artist's duty, as far as I'm concerned, is to reflect the times.’ It’s real life. It’s what’s happening. We have never sat down and said, ‘We’re going to write about this’. It’s always come from a general experience.”

She speaks similarly about ‘I Love You, Sadie’. “Caomihe wrote that,” she says. “It’s a love song to her boyfriend. We’re three best friends, we’re the same age, and we do draw out a lot of our ideas from our own experiences and it’s nice to know we’re going through the same things.”

While ‘I Love You, Sadie’ has won most of the plaudits, ‘Maybe It’s My Nature’ is the song which most embodies the feel and atmosphere of the album, as it finds Wyvern Lingo slowing things down, into introspective, heart on sleeve, soul ballad territory. “This song in particular has a lot of RnB in it and will make sense once the album is out,” says Saoirse. “It is a big sounding song, with big vocals, a big chorus, and there will be a lot more of that on the album, so when people hear it they’ll be able to see just where this songs slots in.” 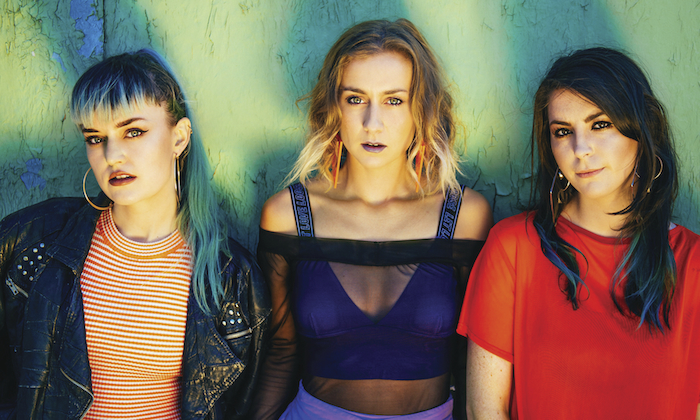 The song was also written by Karen Cowley, who noted how “female characters in a lot of popular media still seem to lack sexual agency or fall into age old stereotypes” and that she was “particularly fed up of hearing and seeing the same depictions that don’t resonate with how I feel.”

“We’ve had a few chats about it,” says Saoirse. “It is something she had to deal with and it’s something every woman has to deal with. It’s about having a wandering eye and being flirtatious, and having a look at yourself. I also love Karen’s lyrics on this song and the way she plays with the image of the wildness of a wolf in the wilderness.”

Saoirse also gets her chance to shine throughout the album, with ‘Dark Cloud’ in particular a showcase for her playing, combining groove, feel, and precision. “My style may change again but it has changed from our first EP,” she notes. “That was very folky, plucky, and acoustic, but I listen to bands like Hiatus Kaiyote, that tight sound, I find them really inspiring. I’m also listening a lot to Jeff Buckley and I’ve fallen in love with his clean sounding, electric guitar style. I plan to keep getting better and you get to play around with all kinds of pedals and effects. I’m still working on it. I still want to learn different styles and techniques. You have to keep doing that.”

Support is from Siomha. Tickets are available at www.roisindubh.net, the Ticket Desk at OMG Zhivago, Shop Street, and The Róisín Dubh.