THE ROAD of life is one John Smith walks as both a man and a musician, taking his wonderful songs and sublime guitar skills to wherever there are appreciative ears, and from today he's back on that road, on his latest Irish and British tour.

John's current tour starts with shows in Limerick, Cork, and Clare, before turning towards Galway, where the Englishman plays the Róisín Dubh on Monday March 26. Galway is a city he has become fond of, and the Róisín is a venue he has graced many times over the years.

“I always enjoy the Róisín,” John tells me during our interview. “My favourite time in Galway is the height of summer, looking out over the shimmering Atlantic. March is nice though! Good excuse to hide indoors and tend to a pint.”

The tour takes in 26 dates between now and mid-May, and comes barely a month after his latest run of shows in the United States. “I was there to showcase at Folk Alliance,” he says, “a few thousand musicians and industry types crammed into the one hotel, playing in the rooms and lobbies. Madness. I played a world tour of the Kansas City Sheraton Hotel and it was a lot of fun.”

It is an intense cycle of touring, one that rarely lets up for the Devon born vocalist, songwriter, and guitarist, but music - writing it, recording it, releasing it, hitting the road, and playing it to the people - is a labour of love, his entire raison d'être. What is more remarkable is that he is doing this entirely independently. What are the challenges and difficulties this presents? “That’s a big question,” he replies. “Every aspect of this business is a challenge, but it’s great fun too. My job is to drive, write accounts, line up artwork, pay my people, and answer lots of emails. I play the guitar for free.”

Asked what motivates him to keep going, he simply says: “I just love playing music.” Not even Brexit, with its impending isolationism, withdrawal, and erecting borders, can dent his passion: “If Brexit actually goes ahead it will probably be a pain,” he says. “Whatever the scam, I won’t stop touring.”

To date, John has released five albums - The Fox and the Monk (2006 ), Map Or Direction (2009 ), Eavesdropping (2011 ), Great Lakes (2013 ), and last year’s marvellous Headlong. He began his career opening for three titans of British folk - John Martyn, Davy Graham and John Renbourn. The last, most famous for his time in Pentangle, took John under his wing and declared him: “the future of folk music."

“He was especially kind to me, some young stranger,” John says of his late mentor. “He was friendly and humble; of course these are qualities to aspire to. Honestly I feel like I learn something every time I hear one of his records.”

Since then John has opened for Iron and Wine, Tinariwen, and the late soul-jazz poet/singer Gil Scott-Heron, and has played guitar for artists such as David Gray, Lisa Hannigan, and Joan Baez - a CV which speaks of the kind of respect the Englishman commands. Who is left that he would still like to work with? “I’d kill for a chance to play with Robert Plant,” he says.

Plant makes sense given Led Zeppelin - their guitarist Jimmy Page was profoundly influenced by the British folk revival and remains an outstanding acoustic player - were a primary inspiration for John, when he discovered their albums among his father’s record collection. “The first time I heard Led Zeppelin I decided I would be a musician,” he says. “I think I was 10, already playing piano and drums, but that convinced me to learn the guitar.” 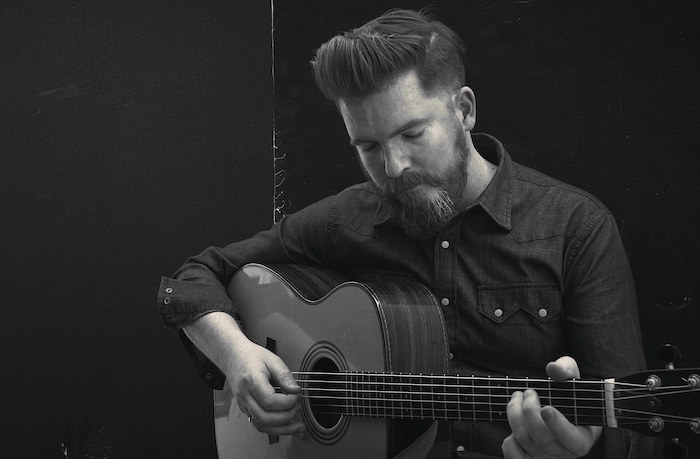 Indeed Smith snr was also a major inspiration, teaching his son to play the guitar. “It was right around that time he started teaching me,” says John. “He bought me a couple of tablature books and gave me a guitar. I was set up for life.” John also recalls the most important lesson he learned, as a guitar player, from his father. “He gave me one lesson - C, F and G,” he says. “Then he taught me how to tune the thing. The trick is, you have to take your time.”

Staying with inspirations, John’s native Devon in southwest England, nicknamed the “English Riviera”, and famous for its sandy beaches, fossil cliffs, medieval towns, and moorland national parks, has shaped both the man and the artist. He grew up on its coast in a fishing village. “I suppose I've always had a thing for open spaces,” he reflects, “in particular being close to the sea. I’m always looking to get back to it, always writing about it.”

Such lessons have paid handsome dividends, with Smith’s dextrous, high technical, skills on the guitar dovetailing beautifully with his ability as a songwriter. He utilises complicated chords and fingerings, yet it never comes at the expense of the song, it is always in service to it. It is why The Sunday Times has declared John “the guitarists’ guitarist”, The Sun called him a “guitar genius”; and themalestrom.com said: “We often only connect with songs charged with real emotion and honesty…and coupled with John’s skilful guitar playing...you have a perfect storm that is a treat for the ears.”

So what is the secret to those abilities? “There’s no secret,” he says. “I believe it has to serve the song, or it’s pointless. I throw a lot at a song, and then just strip it back until it sounds good to my ear. Practise helps, if you can make time.”

While John is first and foremost an acoustic guitarist, Headlong, released last June, saw an increasing use of the electric guitar. Will we see more electric on the next record and on stage? “I’ve been touring with an electric, it’s so much fun,” he says, “but who knows what happens next? Maybe.”

So what is the attraction of incorporating more electric guitar into his music, and how is it affecting his approach and style of guitar playing? “I think the electric sounds good, but I’ve been playing the same songs on both and they're still the same song,” he says. “Electric guitars have lighter strings, so they make you play gentler and a little sweeter. That said, I could never give up the acoustic. Your hands stay strong playing the acoustic guitar. It’s just nice to give yourself an option when you’re playing these songs every night, it keeps things interesting.”

Doors are at 8pm. Tickets are available from www.roisindubh.net; the Ticket Desk at OMG Zhivago, Shop Street; and The Róisín Dubh.