A HIGHLIGHT of the Town Hall’s autumn programme is the September visit of the Abbey Theatre with its rollicking stage adaptation of Ken Loach's critically acclaimed film, Jimmy’s Hall.

Jimmy's Hall tells the true story of Leitrim farmer Jimmy Gralton, the only Irishman deported from his own country for his political beliefs. His crime was to build a dancehall where he encouraged the local community to learn, to argue, and to dream, as well as dance and have fun. As the hall grew in popularity its free-spirited reputation aroused the ire of the church and politicians who forced Jimmy to flee and the hall to close.

A decade later, at the height of the Depression, Jimmy returns from the US. The hall stands abandoned but as Jimmy sees the poverty and growing oppression in the village, the activist within him is stirred. He decides to reopen the hall, and so takes on the established authorities of the church and the government. The Abbey production is directed by Graeme McLaren and sees Jimmy Gralton played by Bangor actor Richard Clements, who featured in The Fall with Gillian Anderson. 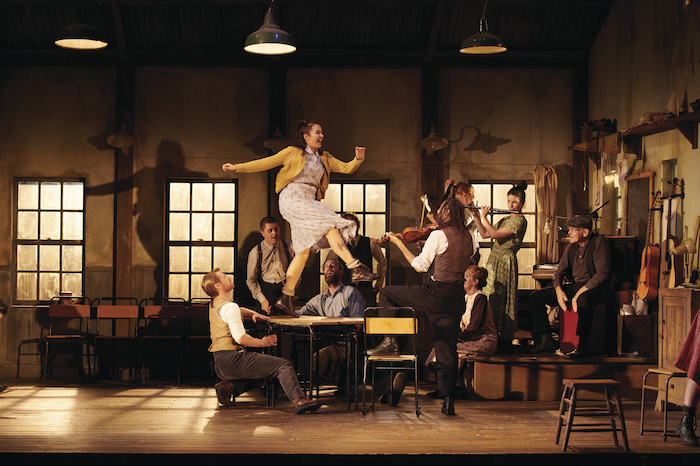 “This stage version of Jimmy’s Hall is very different from the film,” Clements tells me over an afternoon phone call. “There are elements still there of Paul Laverty’s screenplay but it’s a different telling of the story. Graeme has described Jimmy’s Hall as a céilí play, where you have that lovely blend of music and movement and text, and occasionally someone might turn around to the audience and address them directly. So you have this beautiful vibrant compendium of ideas on stage.”

In researching his role, Clements travelled to Leitrim and met Paul Gralton, a relative of Jimmy. “It was important to me to make that connection,” he states. “I’d never been to Leitrim before but Graeme put me in touch with Paul who currently looks after the land that had been Jimmy’s. I drove up and spent some time with him; he took me to all the relevant places in the area that were connected with the story.

"Very little is really known about Jimmy the man. He was obviously very left wing in terms of his thinking; he was a hard worker, he didn’t tolerate laziness. He was a man who stuck his head above the parapet and in many people’s eyes was ahead of his time in that he was willing to take on the might of church and State. It was vital for me to spend that time with Paul to connect with Jimmy in that way.” 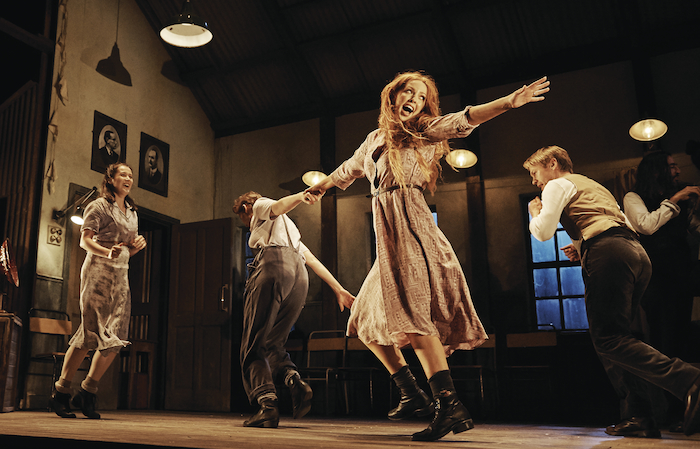 Clements expands on the contrasts and continuities between the screen and stage versions of the story; “Some elements from the film are still in the stage version. In the film Jimmy had a love interest, an old flame, from 10 years previously when he went to America. Then when he comes back he tries to reconnect with her even though she has moved on, married, and had children. No-one knows whether the real Jimmy Gralton had any local love interest so that was an invention of Ken Loach and Paul Laverty, but it adds a beautiful flavour to the story. That is very much still in there and new elements to that story have been brought in.

'What you see throughout the play is not just the Jimmy Gralton story, but also the moral stranglehold the Church had over people and its alignment with de Valera’s government'

"The version of the script we are doing this year is also very different to what we did last year; a lot of the characters have been fleshed out in terms of the politics of the time and the personal emotional involvement of the characters. Anyone coming back to the show now having seen it last year would be amazed at how much more detail has gone into the script.” 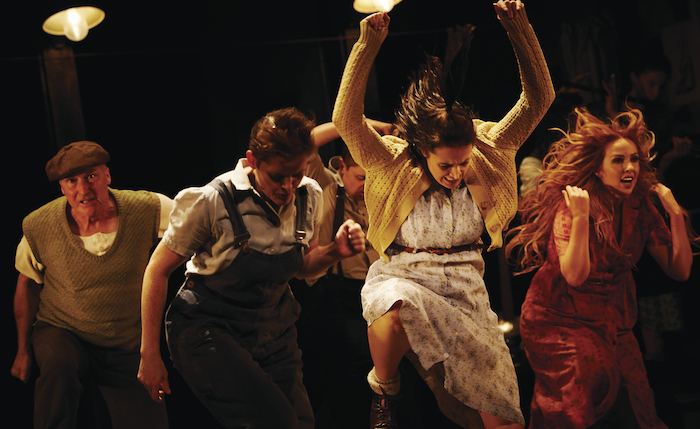 In a first for the Abbey, the play’s premiere last year was not in Dublin but in a school hall in Leitrim, near the site of Jimmy Gralton’s original hall in Effrinagh. “It was very important for the Abbey to take this story out to the community that created it,” Clements explains. “So for us to open the show in Leitrim was one of the most special nights of my acting career. It was a night to be remembered, a night Paul Gralton still talks about and that has resonated right up to the present day in terms of what it meant for the community there.”

Interestingly, the music in the show is not confined to tunes from the play’s era but takes in songs from Whitney Houston, Van Morrison, and Philip Chevron. “I would certainly not describe it as a period piece,” Clement agrees. “Obviously it is set in the early 1930s and there is a lot about the politics of the time. What you see throughout the play is not just the Jimmy Gralton story but is also about the moral stranglehold that the Church had over people and its alignment with de Valera’s government. There is also a definite through line to the present day, not least with the music. When we were rehearsing the show MJ McCarthy, our musical director, asked everyone to bring in a piece of music and to present it to the group if they felt it was relatable to the story. Out of that session came some of the music that we ended up using in the show.” Clements also highlights how the play’s story resonates strongly with injustices in today’s Ireland. “The Jimmy Gralton story was rediscovered by Donal O’Kelly who is also in our cast. It was he who brought the story to Paul Laverty and he then showed it to Ken Loach – and Donal was in the film too. Donal is very involved in campaigning on the issue of direct provision and there are direct links between the story of Jimmy Gralton who was deported and current cases of deportation in this country.

"Donal introduced me to Vicky Khokar, a Pakistani man who is facing deportation next week [Vicky returned to Pakistan on Monday despite having a written job offer and numerous letters of support]. I spoke to Vicky a couple of weeks ago when he was in to see the play and he said ‘that’s my life up there, that is what I am going through’. To hear that is incredible; this is not a story that is trapped in time, it continues to resonate. For us as a cast to get the chance to shout this story after it was suppressed by the State for so long is euphoric.” 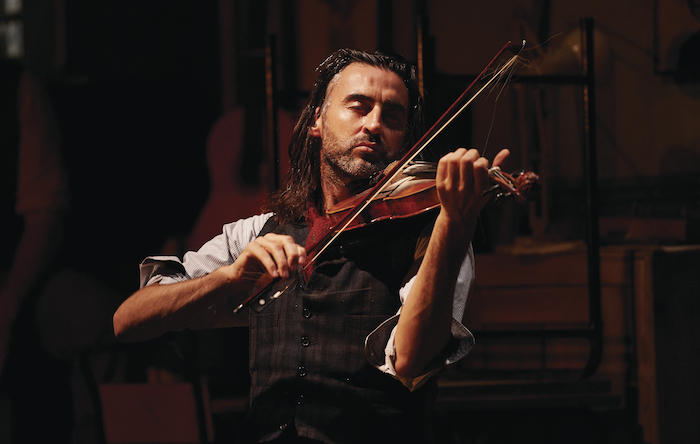 Aside from his acting, Richard Clements is also an accomplished singer-songwriter. His current single is ‘Bulletproof’ available across all streaming platforms. “Songwriting is what I do in my downtime,” he tells me. “I’ve been writing ever since my school days. The story behind ‘Bulletproof’ is that I spend a lot of time away from my family and children when I am on the road working as an actor, and songwriting gives me strength to get through those moments when I am on my own.”

Jimmy’s Hall’s run in the Town Hall will also mark a homecoming for three of the cast; Galwegians Bríd Ní Neachtain, Aindrias de Staic, and Alan Devalley. “They’re very excited about us coming there and I can’t wait either,” Clements concludes.