“THIS IS a man’s world/but it don’t mean nothing without a woman or a girl," James Brown famously sang and it is a view probably shared by Smithy, the protagonist of Ken Rogan’s acclaimed comedy-drama, Hero, which is coming to the Town Hall Theatre.

Presented by Rogan’s own Lakedaemon company, in association with Theatre Upstairs, Hero is about a man’s struggles with love. Life quickly grows more complicated for Smithy (Daithí Mac Suibhne, who plays Emmet O’Brien in Fair City ) after a chance encounter with Marissa. This is one man's hilarious, down to earth odyssey through love, ankle injuries and what happens when you don't know how to lose.

Hero is Rogan’s debut play and when I interviewed him ahead of its Galway visit I first asked about his previous writing experiences. “I’ve worked in journalism, media, and public relations,” he replies. “As regards writing for the stage, in 2011 I joined a group called The Brown Bread Mixtape and began writing sketch comedy. I was with them for three or four years, and then started writing my own stand up comedy, but I found being on stage somewhat difficult, so I became more focused on the writing. I wrote a sketch show called Seachtain agus Awe and I did fund, write, and produce a short movie. I learned a lot from doing all of those and then I eventually sat down and wrote Hero.” 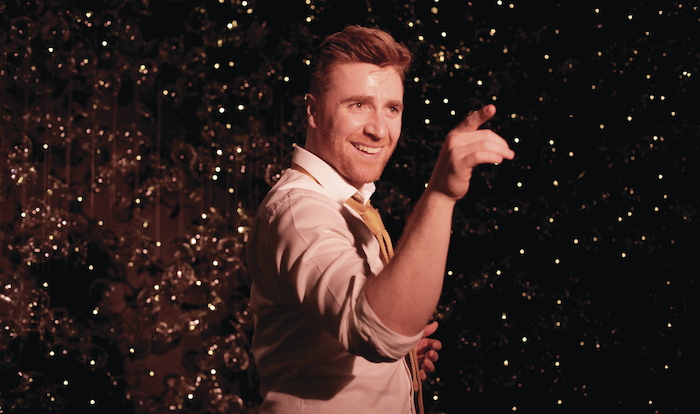 The play premiered in Dublin’s Theatre Upstairs in January of last year to strong reviews. No More Workhorse found it "sharp, incisive, witty", while Emer O’Kelly in the Sunday Independent opined it was "unusual in its tenderness in this macho world". As well as praising the script, critics also hailed the contributions of Rogan’s collaborators; actor Daithí Mac Suibhne, director Amilia Stewart, and designer Naomi Faughnan. He relates how the ensemble came together.

“Myself and Daithi brought the script to Daithi's Fair City colleague, Karl Shiels, in Theatre Upstairs," he says. "We all quickly agreed that Amilia Stewart - Daithi's on-screen sister in the series, and long-time Theatre Upstairs collaborator - would bring a necessary feminine perspective to the play as a director. Designer Naomi Faughnan has worked on a few productions with Ami so she was an obvious choice as well. When we put the show in Dublin it did really well, audiences enjoyed it and it got good reviews. It’s a love story even if it’s a bit rambunctious and testosterone-fuelled. And now we’re bringing it around the country on tour.” 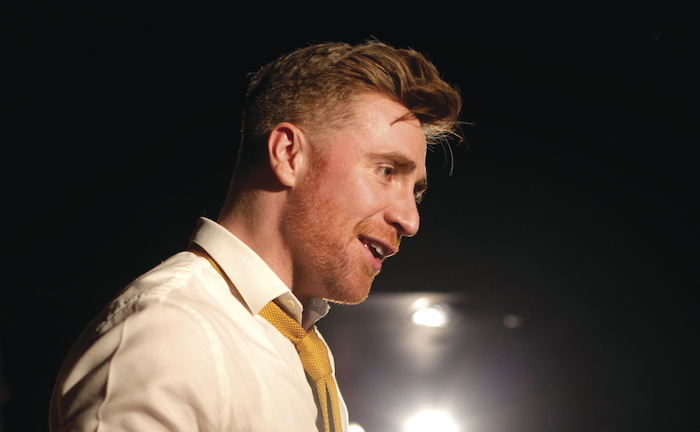 Rogan expands on the character of Smithy: “Smithy is in his mid-20s and is high on his own ability. In his own rudimentary value system he is extremely good at sports and is capable with the ladies. He never has much trouble chatting them up and getting along with them. As a guy, what else could he possibly need? The play is an exploration of how these things are inadequate; how if you want more from life then you’re going to have to grow and find ways to change because what Smithy is doing is wrong, or over the line, in various aspects of his life. Yet underneath that what he is feeling is genuine and his reactions are genuine as well; and hopefully as a character he is recognisable to a lot of people. When you are in love and it is not working out that is a difficult scenario to cope with emotionally. That’s the basic set up and the play is about his journey and if he can change and how things will turn out and what kind of person can he become.” 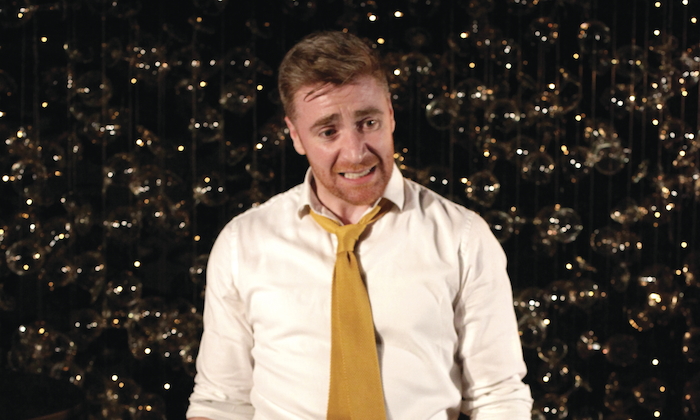 With a background in sketches and stand-up, it’s no surprise that Hero blends laughter with the drama; “There are jokes in it as well,” Rogan acknowledges. “However, the most important thing to me now is to engage the audience, not just to make them laugh. For the first few minutes of the show there are plenty of jokes and you might be wondering where it is going but then the female character Merissa is metioned and then the play takes off on its journey. I’ve sat in the audience watching the play several times and once the story is rolling people are glued to it and I’m proud of having written something that engages people like that.”