ALL-CONQUERING Galway ‘Celt-grass’ combo We Banjo 3 have released their fifth album, Haven, which is garnering great reviews from critics. The Irish Times has enthused over "Enda Scahill’s brilliantly metronomic banjo, which trades notes with brother Fergal’s sweeping fiddle and Martin Howley’s sparkling mandolin"; Glide magazine found the album "exuberant, enthralling and imbued with emotion"; and The Country Note hailed it as "a stellar album from start to finish".

This week, We Banjo 3 became the first Irish act to hit No 1 on Billboard Bluegrass Album Chart. Enda Scahill spoke to me from the US where We Banjo 3 are currently on tour and he shared his delight over the early responses to Haven. “The album was released last week and went to No 2 on the Billboard Bluegrass chart behind Punch Brothers who are colossal," he says. "When we released String Theory two years ago it debuted at No 1 on the world music chart but the bluegrass chart is particularly competitive so we are thrilled. We are currently No 3 on the world music chart because there is a Korean K-pop band called BTS who are selling about 500,000 albums per week - they are the One Direction of Korea - and they are No 1 and 2 on the world music chart and we are 3 so we’re pleased with our position there as well.”

The artwork for Haven depicts a floating island with a shack-cum-lighthouse, trees, sunflowers, a waterfall, and a banjo resting on a wooden chair. I ask Enda whether the art was in any way a reference to Roger Dean who designed album covers for bands like Yes and often portrayed floating islands.

“A few people have said that!” he laughs. “Fergal was on holiday not long ago in Spain and he met this artist randomly at a market, Jorge Pérez Rodríguez, and bought a few of his pieces. When we came to do the album cover we wanted to do something different to what we had done previously and we liked Jorge’s work so we sent him a description of the concept behind the album which is music as a haven for people. We’ve been spending a lot of time in America and it is a pretty divided society at the moment so we wanted our music to be able to bring people together and have a good time. We gave Jorge that concept and we love the cover he came up with.”

'We felt the need to stretch ourselves and also to put that brand on the band as if to say ‘We are here now, we’re writing our own material’

The sound of Haven marks a development for We Banjo 3, not least with the inclusion of brass on four of the 11 tracks. “It is a different sound,” Enda agrees. “What we did is we had a list of 15 or so songs and tunes and we went out to a cottage in Connemara last January for a week, and we played through everything and took it apart and put it back together. At the end of that week we had the 11 tracks decided upon that appear on the album. It was kind of organic from there when we went into the studio and started putting layers on the songs, and deciding that certain tracks would work well with brass. 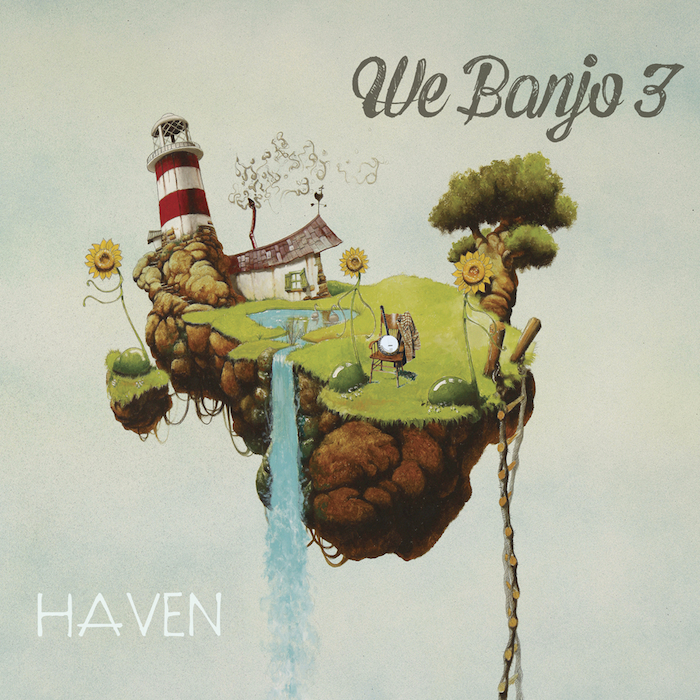 "Like everything else, less is more because brass sounds fabulous and you want to put it on everything, so we just highlighted a couple of tracks and sent them to friends of ours in New York, called the Huntertones, who we’d met after they opened for us at a gig in San Francisco last year and we just loved their music. They did a Jackson Five song with us at the end of that show and they’ve been on tour with us in the US over the summer. We sent them on the tracks and they laid down the brass parts and they sound wonderful.”

'What we do is very unique. We play lively Irish music mixed with bluegrass and old timey music. For people who’ve been going to bluegrass festivals for years we are doing something very different'

Another significant development with the album is that all the material is self-penned by the group. “I think it was an important one to make,” Enda asserts. “Our first gig was in the Galway International Arts Festival in 2009, in the Roísin Dubh, and it has developed organically ever since. In the last 18 months, when we started to take this sidestep into the folk market in the US, we felt the need to stretch ourselves and also to put that brand on the band as if to say ‘we are here now, we’re writing our own material’. That, coupled with taking on new management in Nashville and becoming aware of the commercial possibilities of the brand of the band, it was important that we wrote our own stuff.” 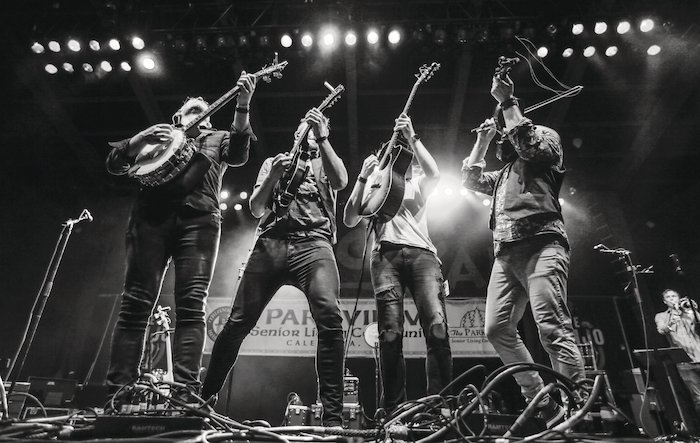 The group certainly step up to the plate quality-wise in writing all the album’s material. Haven declares its message with the first lines of the title track which kicks off the album – ‘Lay down your weapons and lay down with me/We will stare at the stars and think what life could be’. From that affirmative declaration it moves through the following 10 tracks with fluency and flair, blending songs and instrumentals, foot-stompers like ‘Dawn Breaks’ and the gorgeous waltz ‘Marry Me Monday’, with easy elan.”

In reading through reviews of Haven, it is notable that nearly every critic has picked out a different track as their personal favourite, which surely attests to the strength of the album as a whole. “It’s interesting you spotted that!” Enda comments. “I suppose if the reviewers had all been picking just one or two tracks it would have left a bit of a hole on the album but largely every track on the album at this stage has been picked out by one reviewer or another.”

Haven is also set fair to further boost We Banjo 3’s reputation and fan-base in the US where they’ve been touring extensively for the past few years. “We are now the biggest Irish band on what’s called the Celtic circuit,” Enda tells me. “There are about nine Irish festivals and they are massive; they are the biggest Irish festivals in the world. The Milwaukee Irish Festival attracts 140,000 people over the weekend and we just finished a three-day festival in Dublin, Ohio which drew 110,000.

"We’ve been headlining those for the last three years and over the last 18 months or so we’ve been starting to play bluegrass and Americana folk festivals; among the highlights there would be Merlefest, in North Carolina, and we just recently played ROMP in Owensboro, Kentucky, where we went on before Rhiannon Giddens who is huge out there. Because what we do is very unique, we play lively Irish music mixed in with bluegrass and old timey music. For people who’ve been going to bluegrass festivals for years we are doing something very different. We bring in the entertainment factor of Irish music and mix it with bluegrass and that has been very warmly received by audiences because it is something they have not seen before. We also have some huge invitations to massive events next year so our horizons are broadening the whole time.”

We Banjo 3 are booked up with American gigs right through to April of next year so the bad news for their home town followers is that it will probably be next summer before they perform again in Galway. In the meantime however, their fans can find haven in Haven.