IT WAS the chance purchase of a recording of Orfeo ed Euridice which led PE teacher Sharon Carty on a path that has seen her become one of Ireland’s finest mezzo-sopranos, performing across Europe to great acclaim. This year, she takes the lead role in the opera where, for her, it all began.

Galway audiences will be familiar with Sharon from her previous performances at Music For Galway, and at last year’s Galway International Arts Festival appearance, in Enda Walsh’s Second Violinist - an extraordinary, forward-looking fusion of opera, absurdist theatre, and multi-media.

“Second Violinist was truly unlike anything I’d ever done before, and I suspect will ever do again,” Sharon says. “It was a really special show. The piece itself was just very different. The biggest difference was that the composer wrote the vocal parts with our voices in mind, that’s very rare for an opera singer, usually the composers have been dead for hundreds of years!”

'The role itself is just so beautiful'

Orfeo ed Euridice was written by Christoph Willibald Gluck, who has been dead since 1787. The chance to play Orfeo, the mythical Greek musician, who journeys into the underworld to bring his wife, Euridice, back into the land of the living, is a role Sharon has “dreamed about for years”.

“Orfeo ed Euridice, the Glyndebourne recording with Janet Baker in her last ever stage appearances, was the first opera I ever bought on CD,” she says. “I was still a PE teacher and it was long before I had any notion I’d become an opera singer, so the music has been familiar to me for 15 or 20 years. The role itself is just so beautiful, and as Orfeo was a demi-god who had the power to charm all of nature with his singing, that’s just appealing to a singer as a role to embody on stage! There’s huge power in that.”

It will not have escaped attention that Sharon plays the male lead in this production. Indeed, this is not her first time playing a male role, and even a cursory glance at the history of opera reveals many instances, even back as far as the 1700s, of women taking on parts originally written for men.

“I’d say well over half of the roles I play on stage are male roles,” declares Sharon. “There are a couple of reasons for this. Some male roles, usually of teenage boys, can be specifically written for a female mezzo-soprano, for example Cherubino in Mozart’s Le nozze di Figaro, Sesto in Handel’s Giulio Cesare, or Hänsel in Humperdinck’s masterpiece, were all written for, and historically performed by, women.

“Ariodante or Orfeo were originally written for ‘castrati’ male singers, who had voices ranging from alto to soprano. They were castrated before puberty, which had the effect that their voice remained high. We don’t have any of these singers around today, thankfully, but the practice gave rise to a wealth of incredible music for voices like mine to sing! Also, due to the fact that nowadays we can’t exactly match the vocal colour and power of a castrato, we get around this by casting a female mezzo-soprano or a male falsetto singer. Neither voice is exactly what a castrato would have been like, so it falls to artistic taste about who to cast.” 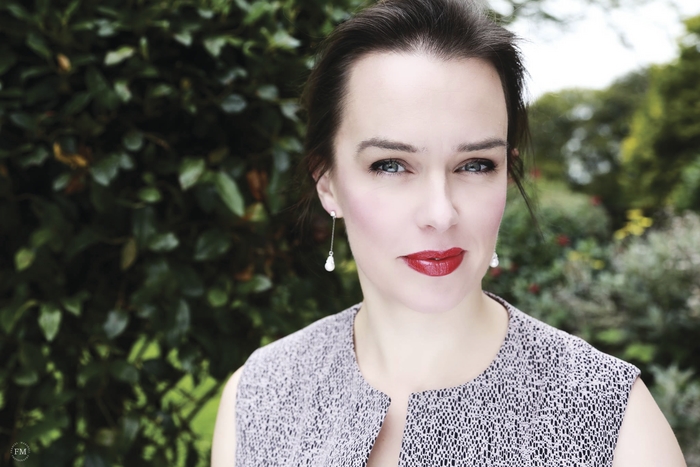 Given we live in an era where terms and ideas like ‘gender-fluid’ and ‘non-binary’ are entering more and more into the mainstream, and there is greater awareness than ever of transgender people, is the casting of this opera timely or coincidental?

“I think opera has generally been well ahead of the zeitgeist in terms of embracing gender fluidity,” says Sharon. “For several hundred years, men have played women on stage and vice-versa, and despite the rationale for this not always being based in equality - men playing female characters was the case in the theatre because women weren’t allowed to be seen on stage - it’s somewhere that is ultimately a safe space to explore all the facets of a character, whatever their identity and story might be. So, the casting of a woman is a normal accepted practice for this type of role.”

'For Orfeo, we’re working towards a fusion of dance-like movement with more naturalistic body-language'

In preparing for such roles, Sharon notes how ‘people watching’ is key when “learning a vocabulary of body language for playing men and boys on stage”, as she explains: “As a performer you tend to people-watch. If someone has mannerisms, or a way of holding themselves that stands out, you’ll observe what it is about how they do that, and try to add it to your repertoire. I found watching films like Boys Don’t Cry were useful, to see how a talented female actor, in this case Hillary Swank, changed her body language to beautifully portray a female-to-male transgender young person, to be really helpful. For Orfeo, at the moment, in rehearsals we’re working towards a fusion of dance-like movement with more naturalistic body-language, so that’s a work in progress.”

Gluck’s Orfeo ed Euridice is significant in the history of opera as it marked a turning-away from the form’s previous emphasis on voice-driven virtuosity, and towards a more dramatic and character-driven approach. Quite apart from ‘switching genders’, this also poses challenges in that Sharon must be actor, as well as singer.

“When performing a role, I always try to approach it as a 'singing actor', so everything is driven by the psychology of the character whose shoes I get to live in,” she says. “With this piece, the opportunity to use this character-driven approach is a singing actor’s dream, to really delve into the personality of a character who is suffering huge loss and grief, and has to summon all his courage to recover his beloved from the underworld. On top of that we get to express it through Gluck’s beautiful music!”

As regards the production itself, Orfeo ed Euridice will be a very modern looking show. So, what can we expect to see? “Ohhhh I can’t be giving away too much before opening night!” says Sharon. “I can tell you Euridice has a very spectacular dress and that director, Emma Martin’s, choreography is just so beautiful. I’ve been in tears more than once already in the rehearsal room.”

Sharon is looking forward to her return to Galway and the good news for opera fans is that Orfeo ed Euridice will not be her last appearance in the city in 2018. “I adore Galway and am so excited to be returning to the festival this year! I’m hoping the good weather might stick around for when we’re there as I’m looking forward to a swim in Salthill! I’m also looking forward to returning for concerts later in 2018 and beyond, including a Messiah this November with the wonderful Galway Baroque Singers, so watch this space!”

Irish National Opera, in assimilation with GIAF, in a co-production with United Fall, present Orfeo ed Euridice in the Town Hall Theatre from July 23 to 29 (except July 24 ) at 8pm. For tickets see www.giaf.ie or the festival box office, Galway Tourist Office, Forster Street, 091 - 566577.