GALWAY MUSICAL Society encamps in The Black Box Theatre for the first week of May with its bravura staging of The Hired Man, which is based on Melvyn Bragg's stirring novel of Cumbrian rural and industrial working life.

Directed by Paul Norton, The Hired Man is set in the first quarter of the 20th century and tells the story of one family - Bragg's grandparents - and their journey from land labourers to colliers and back to the land. Set against the background of working class ritual - whippet racing, hiring fairs, hunting, drinking bouts, union meetings - the musical brings alive a turbulent period of British history.

Bragg collaborated on bringing his book to stage with composer Howard Goodall, whose other credits include the musical renderings of Bend It Like Beckham and Love Story, as well as theme music to classic TV series like Blackadder, Mr Bean, and Red Dwarf. Ahead of the show’s run director Paul Norton talked with me about it and I began by asking him what prompted Galway Musical Society to choose it as a production.

“GMS did this show once before, about 21 years ago," he says. "I think they were the first musical society to do it here in Ireland. What attracted us to it is the power of the music and the drama. It’s written by Melvyn Bragg [pictured below] about his grandfather and tracks events from 1898 up to 1920. It encompasses his grandfather being employed as a farm labourer, moving off the land into industrial work, working in the mines in Cumbria, and goes from there to the First World War, where the grandfather lost his son, and then back to the mines and the land. It is very much a slice of life from 22 years at the turn of the 20th century. It’s a powerful piece.” 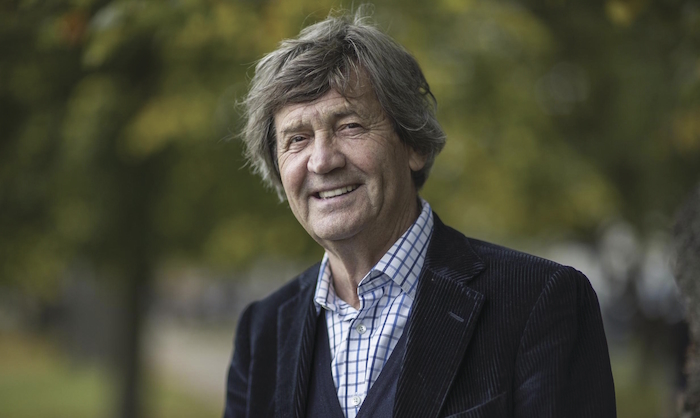 Goodall’s score draws on the choral tradition of English music. “It has an English folk music feel to it,” Norton notes. “What I love about it and love directing it for is they don’t ever drop out to sing; every piece of music and piece of lyric develops the character. For instance, in Oklahoma, ‘Kansas City’ is just a song you get for four minutes and it doesn’t develop the characters at all. The Hired Man is completely different; every time a character sings it tells you more about how they are feeling about the trauma and turmoil they are living through.”

The Hired Man dramatises a period of great turmoil in English history. “There was a lot of social upheaveal in Britain at that time,” Norton agrees. “The Industrial Revolution was in full swing; there was a recession in agriculture and farm labourers were being paid very little. There was more money to be made working in the mines. Over the time span of the story there the population divide went from 80/20 per cent of people living on the land compared to towns and cities to reversing to where about 70 per cent of people were urbanised, so they were tumultuous times. The Hired Man portrays all that very well. It has been described as an English Fiddler On The Roof because that also shows a community amid similar upheaval. It shows tumultuous, historic events and the effect they had on people on the ground and their families.” 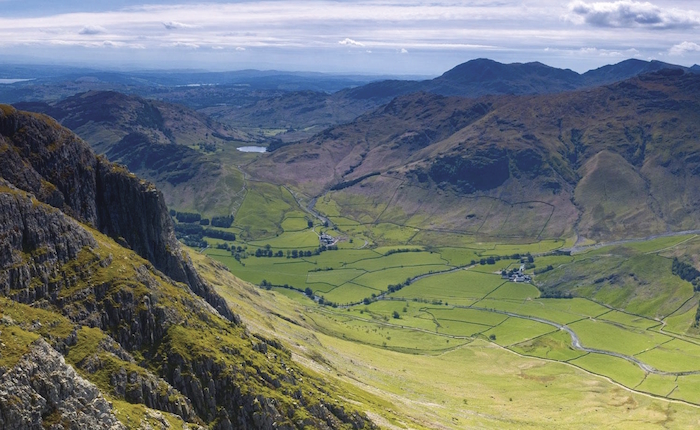 The Hired Man is a less familiar choice of material compared to the usual Broadway or West End classics, but Norton identifies an Irish resonance in the story. “I remember asking the cast has anyone been to Cumbria and none of us had, it’s an out of the way place," he said. "When I started researching the show I got a load of photographs of Cumbria and I showed them to Dave Langan who plays the lead character John Tallentire and said ‘Where’s that?’ He said ‘Connemara’ and the landscape is identical.

"John Tallentire has a deep love of the land and at the end of the play, after all its events, he ends up going back to the land and that is a theme that will resonate hugely with Irish people, it’s something that John B Keane’s The Field is all about. John Tallentire moves to an urban area which he struggles with, then he enlists in the army during WWI as does his son. His son is killed and his marriage barely survives, it is huge for an actor to portray all that in a couple of hours.”

Paul expands on the central character of John Tallentire and his wife Emily. “The musical centres on the Tallentire family and the hub of the family is John Tallentire," he says. "It’s a beautiful role and you are looking for an actor who can sing convincingly, you have to sing this part in character, it’s very different from doing Curly in Oklahoma. Curly at the end of Oklahoma is not much different than he was at the start. We meet John Tallentire soon after he has got married, two hours later when we are saying goodbye to him, he has moved from a rural area to an urban one, he has worked in mines which he hated.

"Ann O’Donnell plays Emily Tallentire,; this is my first time working with Ann and Dave and my second time directing for GMS. Ann struck me in auditions as being capable of doing all she’d be asked to do which is beyond what would be asked of her in most musicals. This is really a play with music under it, there are beautiful melodies. A lot of reviewers called it The Hired Man’s Wife and the wife is pivotal to the story.”

Other performers in the show include Alan Greaney, Emily Macken, Keith Hanley, Frank Hall, and Nicky Lawless. “It will be a fabulous show and the set by John Wright is stunning,” Norton asserts. “It’s a panoramic staging on one set and John has built a three storey set that has fields and valleys and trees and a stream running through them.” Shane Farrell is the musical director and Jay Molyneux is the choreographer.