IT HAS been six years since Charlie Murphy, then fresh from the Gaiety School of Acting, first made an impact with audiences in the role of Siobhan in RTE’s Love/Hate, for which she twice won an IFTA as best actress.

Since then she has gone to rack up a string of eye-catching appearances in TV series like The Village, The Last Kingdom, Quirke, Ripper Street, and Rebellion, as well as movies like 71, Philomena, and Northmen – a Viking Saga. To the delight of Galway audiences, Murphy is now taking a break from her flourishing screen career to star in the world premiere of Enda Walsh’s Arlington [a love story], the latest collaboration between Landmark Productions and Galway International Arts Festival, following Ballyturk and Misterman.

Arlington brings us into the midst of a bleak and terrifying world where Enda Walsh (who also directs ) has dared to imagine a strange, tender, love story. In a waiting room, inside a tower, a young woman, Isla (played by Murphy ), waits for her number to be called and finally comes to understand her fate.

Written and directed by Walsh and choreographed by Emma Martin, this exciting new piece will be performed in a specially-constructed theatre space at Leisureland.

Murphy comes to the Walsh play fresh from her latest screen role, as Anne Brontë in the lavish BBC film, To Walk Invisible, written and directed by Sally Wainwright and based on the lives of the Brontë sisters.

“I was actually named after Charlotte Brontë,” she tells me during a break in rehearsals with Arlington. “Their work would have been on the syllabus when I was in school and in our consciousness when we were teenagers, so to play Ann was a real treat because I really got to investigate everything and learn so much about her life. During the production, we had a week’s in-house research and then every evening we had dinner with a Bronte expert, someone who knew their work to a fantastic extent. It was a real treat to get to know all about her.”

One other intriguing project Murphy has just completed is Jackie Chan action movie film The Foreigner, co-starring Pierce Brosnan, scheduled for release next year. “That was such a bizarre gig but we had so much fun,” she says with a laugh. “It’s the kind of film you wouldn’t get to do every day. We shot a lot of it London and there were a few other Irish heads in it as well. It was a chance for me to do something completely different.”

Arlington sees Charlie re-unite with Enda Walsh, who she first met five years ago when she did Disco Pigs at the Young Vic theatre in London. “I remember Enda came to see the play along with Cillian Murphy and Eileen Walsh, who’d been in its first ever production,” she tells me. “I was familiar with his work before that of course but that was the first time I had ever got to work on one of his play. Disco Pigs has been one of the highlights of my career so far, entering Enda’s weird and wonderful world.”

'Isla puts herself through the wringer, trying to figure out what the true points are in her life and what is happening outside her world' 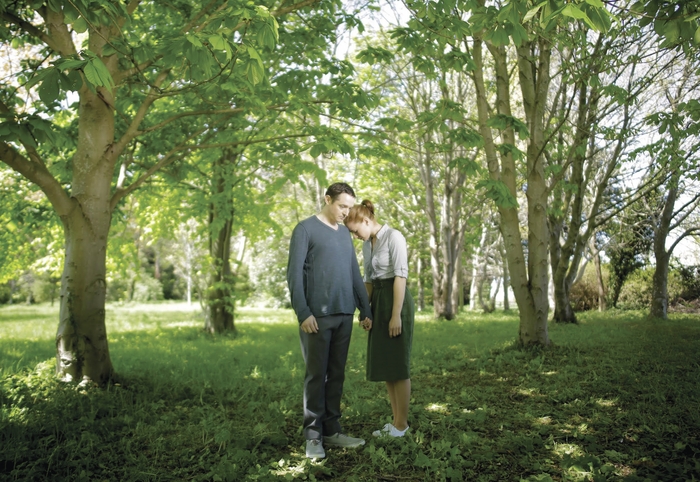 Charlie worked with Walsh directly for the first time in last year’s Galway International Arts Festival when she voiced his theatre installation piece, A Girl’s Bedroom. When she then got the call from him about doing Arlington for this year’s festival she had no hesitation in saying yes.

I ask her how she would describe her Arlington character, Isla. “Well, we are still only two weeks into rehearsal and it’s difficult doing interviews when you are only half way through finding out what it is all about yourself,” she replies apologetically. “At this moment, I will say that Isla is quite robust. She is trying to figure out what is happening, and what is real and what is not. She puts herself through the wringer, trying to figure out what the true points are in her life and what is happening outside her world.”

“We are having so much fun in the rehearsal room doing it together,” she continues. “The structure of this production is quite unusual compared to anything I have ever done before. Loads of people have been in their various departments, like Teho Teardo doing the music or Jack Phelan doing video, or other actors beavering away recording voice pieces in different parts of the country, or in different countries, and they are all going to start coming together tomorrow, the third week of rehearsal when we will all start to really bash it all together!”

As well as Murphy, Arlington features Hugh O’Conor as Young Man and Oona Doherty as Young Woman and will feature the voices of Olwen Fouéré, Helen Norton and Stephen Rea. Isla fits into a recognizable pattern of Walsh characters who are confined in their own worlds separate from outside reality, as seen in plays like Bedbound, The Walworth Farce, and Ballyturk.

“Yes, it would be familiar strain,” Murphy agrees. “Even though she is confined, Isla would be completely in control of her life. Like with all of Enda’s work there is always hope and what the human spirit can conquer and become and that is what Arlington is about.”