THE CLOSING film at this year’s Galway Film Fleadh is Sanctuary, the screen adaptation of the acclaimed play from Blue Teapot Theatre Company, exploring the issue of sexual and romantic relationships between intellectually disabled people.

Scripted by Christian O’Reilly, adapted from his own play, and directed by Len Collins, Sanctuary will be shown in the Town Hall Theatre on Sunday July 10 at 8.30pm.

Intellectually disabled people’s scope for exploring romantic relationships is greatly curtailed by the care systems in which they live – it is illegal, for instance, for an intellectually disabled couple to have sex unless they are married. O’Reilly’s fine script illuminates the subject with great tact, sensitivity, and humour.

During a group outing to a cinema, Larry and Sophie - beautifully played by Kieran Coppinger and Charlene Kelly - steal away and get a hotel room for the afternoon, booked for them by their carer. It is their first time to share real private moments together and both try to steer their way through an emotional minefield of desire, uncertainty, awkwardness, love, and intimacy. Their journey through this experience is warmly and affectingly portrayed and performed.

While Larry and Sophie are the central couple in the story, the remaining cast members all get their moments to shine, whether in the hilarious banter set in a cinema, or the climactic final scenes, which sees everyone reunited in the hotel room.

First staged at the 2012 Galway Theatre Festival, by the following year Sanctuary had also enjoyed hugely successful runs at both the Galway International Arts Festival and the Dublin Fringe Festival. The play was nominated for two Fringe Awards and also an Irish Times Theatre Award. It subsequently featured in the IFTA award winning RTÉ documentary Somebody To Love. It now comes to the big screen featuring the original cast to give a real home town flavour to the Fleadh’s closing night. 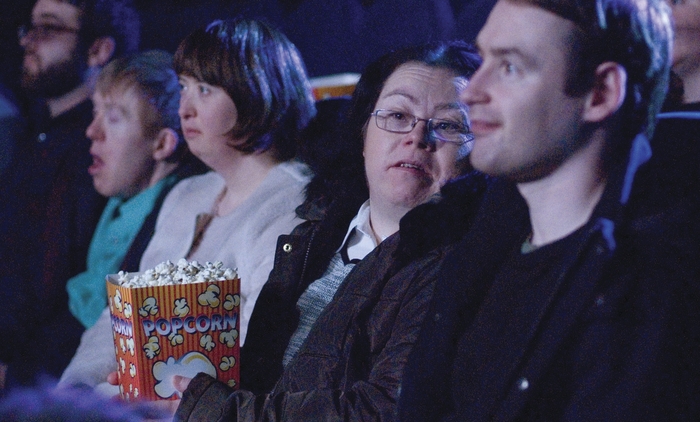 “Len went to see the stage play and approached me after seeing it, along with Petal Pilley, Blue Teapot’s artistic director, and said, ‘I think this could be a movie’,” Christian O’Reilly tells me, describing how the film came about. “Len had been doing a workshop with the Teapot actors and written a short film for them the year before Sanctuary so he already had a relationship with the cast.

"When he suggested making the film, it was in the knowledge of what the actors would be capable of doing. The three of us talked about it and agreed it would be amazing to capture these stage performances and put them on screen. One of the issues with the stage play was, because it had a large cast, it couldn’t really tour so even though it was well received it had a limited number of performances. But a film can travel more easily than a play so that really appealed to us.”

'It’s a bit more mad-cap than the play'

Did the story change at all in its transition to the big screen? “We were able to open it up quite a bit more,” Christian replies. “For instance we were able to establish where Larry lives with his parents, where Sophie lives in her care home. We can establish their lives and those relationships, also their workplace – they both go to a training centre.

"Additionally, we could tell stories about the other characters; while Larry and Sophie are in the hotel room, Anny and Peter are trying to begin a relationship in the cinema. The other characters are taken out of the cinema, two of them go to a pub and a couple more go on a shopping spree so it’s a bit more mad-cap than the play.

"Then you have Tom, the care-worker trying to gather everybody and bring them all back together. The adaptation was quite simple because I asked myself what would happen if Tom disappeared and the others were left alone, they might run amok. So we were able to do that and have a lot more fun with it.”

The cast also seemed to have fun with the film, as Kieran Coppinger and Charlene Kelly tell me when I call into Blue Teapot’s theatre in Munster Avenue. “We enjoyed doing the movie, they were very long days but we didn’t mind, it was worth it in the end,” Kieran says. “It was pretty amazing working on it. We were filming in different locations all around Galway like the Eye Cinema, the market in town, the Nox hotel and so on. The crew were great to work with as well.”

“I enjoyed it very much as well,” Charlene Kelly declares. “I loved acting in front of the cameras. We had to get up very early; sometimes I was picked up at half-six in the morning. The staff in my group home would have to get up early as well so I could have a cup of tea before I left.” 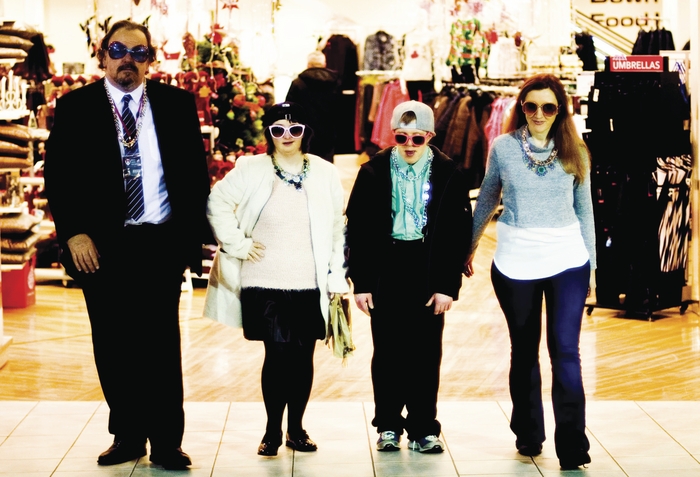 'My mum and dad are pretty impressed'

Sanctuary, which is produced by Zanzibar Films, was largely filmed last December and captures Galway lit up with the Christmas lights. It also features a strong Galway support cast with the likes of Eileen Gibbons, Garrett Phillips, Tara Breathnach, Orla McGovern, and Karen Murphy.

This is Christian O’Reilly’s second film, following Inside I’m Dancing, but he readily admits Sanctuary was the more rewarding experience as his previous film had seen other writers added to the production.

“I was at the centre of Sanctuary right throughout,” he says. “In terms of its development I worked very closely with Len, who’s a very experienced writer himself and was full of ideas and suggestions. It remained my script all the way through so I had a real sense of authorship in that sense whereas, with Inside I’m Dancing it was a more compromised experience in comparison. This was a really joyful experience.”

Christian is full of praise for Len Collins’s direction; “His relationship with the actors was key, they know him and trust him. He knows what they can do. His emphasis in direction was to keep the performances as natural and as real as possible and he was very keen and aware of what the camera could bring to that. Script-wise we cut a lot of dialogue because a lot of lines could be done with just a look or visually so that we are using the language of cinema rather than theatre. The performances of the Blue Teapot actors are so strong and Len really captured that.”

There is a real buzz of expectation among the Teapots as they await their big night at the Fleadh. “We’re really looking forward to the premiere,” Kieran Coppinger declares. “My mum and dad are pretty impressed and everyone I know from Mervue are happy about it too. This is the world premiere, it’s a big deal, it’s fantastic, we can’t believe it!”