GALWAY'S FREGOLI Theatre is on quite a roll at the moment. The company presented Mary, Mary, Mary at last week’s Galway Theatre Festival and next week it takes to the Town Hall Theatre main stage with the welcome return of the much-acclaimed play, Pleasure Ground by Jarlath Tivnan.

Pleasure Ground premiered in Galway last August and now returns at the culmination of a six-venue national tour. “The tour is going very well, we’ve got a standing ovation in every single venue so far,” director Maria Tivnan tells me. “It’s the most venues we’ve ever been to and we’ve had lots of positive audience feedback. People really seem to be connecting with the story. The theatres are happy as well so it’s going great.”

Four friends who have gone their separate ways meet back at their old teenage haunt, the town, park and playground, known as the Pleasure Ground. The town is dying, the Pleasure Ground’s glory has faded, and life has not quite matched up to youthful expectations. Over the friends’ night together, buried secrets become unearthed, past grievances boil over, and scores are settled.

'The characters seem isolated in their mind or geographically or physically'

Pleasure Ground is based on the decline of the rural Irish town, explored notions of home, belonging, community, and change. Tivnan’s writing is witty and sharp, and captures the beauty of rural and small town life while exploring feelings of sadness and isolation.

“We picked the name 'Pleasure Ground' for a couple of reasons,” Tivnan reveals. “Initially we were thinking of this country and how at the height of the boom it was a pleasure ground for politicians and people like that and that got abused, everything was pleasure and throwaway. When you are small you think a playground is a fantastic place and the actual playground in Boyle - where myself and Jarlath are from - would be a bit on the derelict side even though it was done up.

"There is that with the characters, it’s like they are all trying to return to what is pure, what is easy and comprehensible. For a lot of us, that would be to look back to childhood when things were simpler and more obvious, you knew what to do and how to behave.

“The play focuses on the idea of community being important no matter what kind of community that is. Each of the characters seems to be, in their own way, isolated, either in their mind or actually, geographically or physically - even the ones that have moved to Dublin or London. Being in a city doesn’t really matter unless there is someone you can trust or talk to and share things with. The rural character of the play is in the sense of humour and the way things are discussed and how people are shaped by the generation before them.”

Pleasure Ground’s four characters - Evan, Brendan, Aisling, and Linsey – are re-united at the funeral of their mutual friend David who has committed suicide, a detail which gives the play an all-too-topical relevance, as Tivnan admits.

“We have one of the highest suicide rates in Europe and that goes across both urban and rural areas," she says. "It’s just that idea again of young people being isolated wherever you are. In rural Ireland it is a fact that there are less formal support systems because the budgets aren’t there. Where myself and Jarlath are from, in County Roscommon, there are not that many mental health services so how do people reach out if they need to? Pleasure Ground does have that theme and also looks at how a community gathers together.” 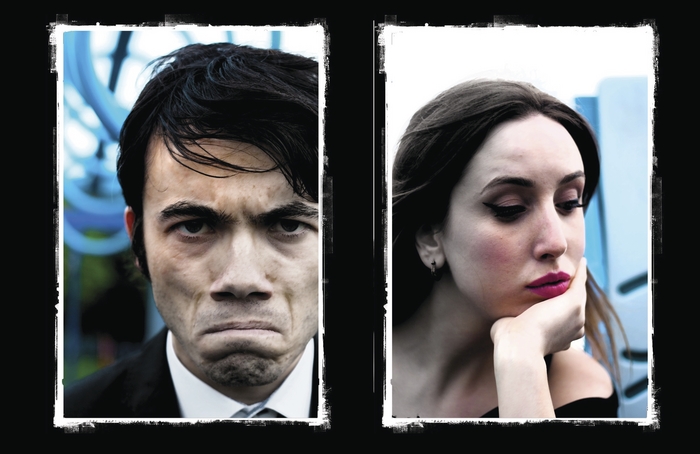 Although the characters’ response to a friend’s suicide forms part of the play’s content, Tivnan stresses that it is far from bleak. “There is a lot of humour and it is important to keep that in mind. It’s hard, and we can only try to strike that balance. If you have something like a death or a suicide you have to give it its due and be sincere in your tone.

"Then again, Irish people often make jokes around tragedy. Sometimes it is to release tension but sometimes it’s just the kind of people we are. When you are staging something it is good to go from one end of the emotional spectrum to the other. It’s also important if people are watching something for two hours, we need to be able to see these characters when they are sad and confused but also when they are making jokes and reminiscing. Humour is really important as a part of writing.”

Pleasure Ground is Fregoli’s 20th production and Tivnan is hopeful that the play’s success can act as a springboard for the company. “When we got the Michael Diskin Bursary last year and the slot on the Town Hall main stage it was a dream come true,” she declares. “To follow that with this national tour has been wonderful and we have a lot of gratitude for Fergal McGrath because you won’t get other venues if you don’t have that recommendation and that trust.

"Fergal contacted the other venues we’ve toured to say this is a good show. Now that we have broken that barrier and travelled to places like Siamsa Tire and An Grianan in Letterkenny we can go back to those places because it worked, and Fregoli is a name now that more people know in counties where we’d never been before. We’re 10 years old next year so it’s a lot of work and a lot of talented people have come through the company and are still with us and it would be great to finally ‘get there’.”

I conclude our chat by asking Maria whether Fregoli have decided on what their next play will be. “We don’t have anything specific planned yet but we do feel it is very important to take the energy gathering now and work off that,” she replies. “We were talking about it and I don’t think we will do an original play next time out because we have been doing them for a long time, so if we do something it will probably be a pre-scripted play. Then again we have said that before and changed our minds! The will and the energy and the enthusiasm are there we just have to find the right play.”

Pleasure Ground, which features a cast of Kate Murray, Peter Shine, Eilish McCarthy and Jarlath Tivnan, is at the Town Hall on Tuesday May 17 and Wednesday 18 at 8pm. Tickets are available from the Town Hall on 091 - 569777 or www.tht.ie