Aluminium may be the third most abundant element in the earth's crust, and it may have a wide variety of practical everyday uses, but it never conjures up the image of strength and indomitability the alloy 'Steel' does.

Think about it - Pittsburg Aluminium-ers? Judas Priest calling that classic album British Aluminium? And Superman? He'd never cut it as the 'Man of Aluminium'. So the alloy metal has won the propaganda war, but aluminum is just too abundant a chemical element to be dismissed, and it has something to do with why comedian Reginald D Hunter is calling his new show - which he brings to Seapoint, Salthill, next week - The Aluminium Negro.

"You want to know the truth?" Reg asks when I enquire about the show's title, "I used to be a big fan of Superman comics. I had this book that collected the comics from the 1930s to 1970s, and it was only around the 1950s Superman began to be referred to as 'The Man of Steel'. I had this notion, you see I hate cleaning my flat, so to help me get through it, I would narrate my own Superman myth [adopts dramatic superhero voice] 'And now the Man of Steel sweeps under the bed!' 'And now the Man of Steel cleaned the toilet!', and so I've been doing that since my mid-teens!"

There are also less heroic reasons, for days when you don't feel invincible. "Normally I feel like a Negro made of steel," he says, "but on closer inspection I feel like I'm made of aluminium. I did sometimes feel like a man of zinc but Zinc Negro didn't quite roll off the tongue."

Reg's comedy is socially and politically engaged, challenging, unafraid, and deeply funny. He considers issues of race, gender wars, cultural wars, and sex, as well as the everyday absurdities that make up daily life.

"You also have to wonder what life would be like to be a white woman. A friend of mine was saying' to me, 'If I came out of a house brandishing a blood stained axe, people would run from me and call the cops. If I was a beautiful white woman, running out of a house, crying, holding a bloody axe, and saying 'I killed them all!' people would say 'There, there, what did they do to you?'. That must be great! I wanna know what that's like."

Back home in Georgia 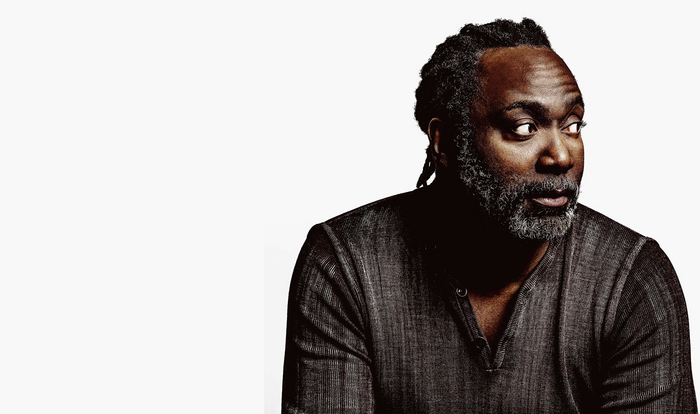 Reg was born and raised in the Southern US state of Georgia, but during our conversation he realises how long he has been living in Britain. "I've been there 19 years! Jesus man! The next tour will be my 20th year grand anniversary of being here! Aw shit! Now I gotta make a show that's gonna be even better than this one!"

So when Reg goes back home to Georgia, does he ever get a kind of culture shock, and have to think about switching from 'thinking British' to 'thinking American'?

"I used to have to think about that until year 12," he says. "When you get to year 15 people are used to you sounding weird. It's just not a thing anymore. I got nieces and nephews though wondering who I am, asking 'Well who's this motherf****r? And why are my parents so excited? I've never seen my mother so happy.'"

Yet Reg has had a long and difficult relationship with his home state and the South. Given the region's history of the Civil War, segregation, discrimination against black people, the struggles of the Civil Rights movement, as a Black American, that is understandable. Yet Georgia and the South has surely, indeed profoundly, shaped the man?

"You're the kinda guy that doesn't want to know the time. You just wanna know how the watch was put together," he says. "All of these things are in me and the beautiful thing - it didn't become beautiful until you get through the shit of it - another side you goes 'Wow!'"

"The South is like being married to the same woman for 20 years. You're supposed tot love her, and you do, but through those 20 years you have fought with her and argued with each other. Your experience is full of more things than love. The South made me and when I made that documentary, Reginald D Hunter's Songs Of The South, I found many sides to the South, and that many of its people, black and white, are my brothers and sisters. We share an exhaustion of this image of the South as only being about deadly racism, and segregation, wanting to revert to the 1950s, and the Confederate flag. A lot of us are sick of all of that shit, and I didn't know that until I went back." 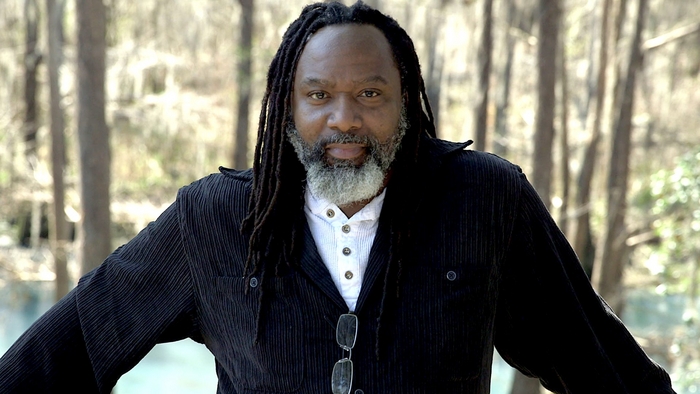 Throughout our conversation, Reg peppers his conversation with references to cult hip hop tracks from the 1990s. When I ask him about his tweets, he replies: " 'I live by the Sward'?" in reference one such recent, enigmatic, utterance. "It's a line from a 1991 rap song by The Geto Boys, 'Mind Playin' Tricks On Me'," he says. "It's about a paranoid drug dealer and it's 'sward' because the brother couldn't say 'sword', but 'sward' is also a term for a blade of grass, so it's a pun on words…"

Sometimes the references are lost on people. "I'll be with my British friends, and I'll make some reference they won't get. The other day they were asking me about the things I say and do and I replied: 'Sometimes I drive slow/Sometimes I drive fast/sometimes I'm on E/sometimes I get gas', and they pissed themselves laughing, saying 'Reg you should be a rapper.' They don't know it's a one-hit wonder by a hip hop group called Young Black Teenagers, who were all white teenagers."

It is impossible to speak with an American and not ask about the bizarre, fascinating, and appalling spectre that is the current US presidential election. Who does he think will win? "Most likely it'll be Hillary," he replies. "Now I'm going to say something. I like Bernie Sanders but anybody that thinks a Jewish Socialist in Christian Racist America is going to win the election race is a f****n' idiot."

Reg is no stranger to controversy, but equally not a man to court it. Does he enjoy the combative, discursive, environment controversy can bring, or is it a grueling experience dealing with people who are just waiting to be offended?

"I'm sick of people misquoting me as a weapon of defence, pretending not to know what I'm saying," he says. "People who get upset with me, you don't have to make up shit about me. There are plenty of legitimate things you can be upset with me for, but don't make shit up about me. I despise courting controversy, but one of the problems with the digital age is that with so much vulgarity on social media it has made people of conscience more reluctant to speak their mind in real life."

In conclusion he offers this advice/warning about The Aluminium Negro: "With this new show, there are going to be some angry people. If you come to my show, and come to be offended, I'm going to make you hurt. But you know what? I was placed here to upset those kinds of people."

Reginald D Hunter brings The Aluminium Negro to Seapoint, Salthill, on Thursday June 2 at 7pm in what is a 'Róisín Dubh Comedy presents…' event. Tickets are available at www.roisindubh.net, the Ticket Desk at OMG Zhivago, Shop Street, and The Róisín Dubh.