Running from October 14 to 20, the festival will showcase world-class, enthralling work for audiences ranging from tots to teens, created by extraordinary artists from Ireland and across the globe. There will be more than 50 events across Galway city and county during the festival, with a programme offering theatre, dance, music, visual arts, literature, film, puppetry, and creative workshops for children and families

This year, Irish work includes the world premiere of a new dance show from internationally feted CoisCéim which celebrates individuality, Francis Footwork. This is an empowering tale of an extraordinary dancer. “CoisCéim’s first show for younger audiences was The Wolf and Peter which premiered in Baboro in 2015 before enjoying huge success internationally so we were delighted when they came to us with a second piece,” says Baboró artistic director Aislinn Ó hEocha.

“Director David Bolger and two of the CoisCéim company were artists in residence here last year during which they worked on Francis Footwork and took part in various Baboro events. W are very excited about the show which celebrates individuality and encourages children to embrace the urge to dance.”

Galway’s own Branar are involved in two shows; Rockin’ Rhymes [pictured below], featuring nursery rhymes as never heard before, and the collaborative staging of Carnival of the Animals by Saint-Saëns. In this latter show, Music for Galway and Baboró come together for the first time, featuring a new text from Helen Gregg and directed by Marc MacLochlainn of Branar, with the timeless score performed by Dublin’s Ficino Ensemble.

“We’re delighted to partner with Music for Galway and Branar,” Ó hEocha declares. “We’ve been talking with MFG for a few years about Carnival of the Animals and it has come to fruition this year. It will be a lovely piece in the Town Hall with the Ficino Ensemble. A lot of the tunes will be familiar but when it was written in the 1800s there was also an accompanying series of poems. 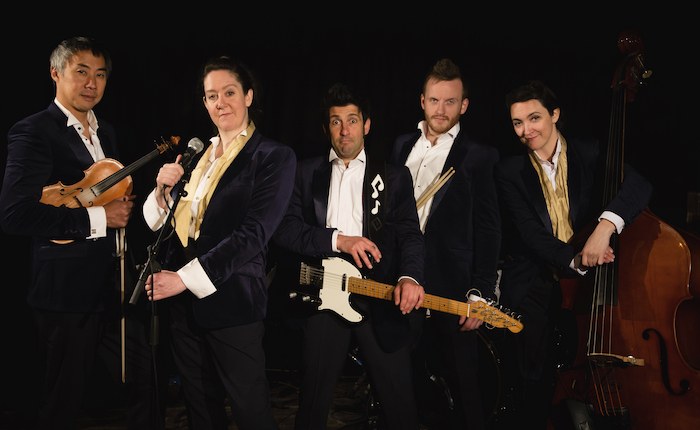 "We asked Helen Gregg to update that text and she has written a beautiful script that she will narrate when introducing each of the pieces/animals. The evening performance has an added bonus of Schubert’s Trout Quintet as well. Rockin' Rhymes is a new show from Branar and their first solely music show; it’ll be great fun and very popular with families. It takes traditional nursery rhymes and ‘funks’ them up, there will be ska, rockabilly and other styles. It is very playful and also features animation by Maeve Clancy and a stellar band.”

'The arts can be for all of us, as children and adults, safe ways to explore some of the darker sides of life and society'

A varied international programme will feature 10 theatre and dance productions from Australia, Belgium, France, the Netherlands, and Scotland. Dance duet, No Man Is An Island, from Arch8 in The Netherlands is an exquisite play on the children’s game of walking on paving slabs, stumps or furniture, without falling into the ‘sea’. Also from the Netherlands, Hermit by Simone de Jong is a treasure for all ages with its non-verbal physical performance about a mini house and its shy inhabitant, and Jabberbabble from Theatergroep Kwatta is a delightful show about four birds and one nest that is entirely sung, as it should be with birds! Acrobatic adventures in Cache Cache [pictured below] from Belgium’s Théâtre de la Guimbarde glows with the excitement, fear, and joy of breaking the rules and playing after bedtime. 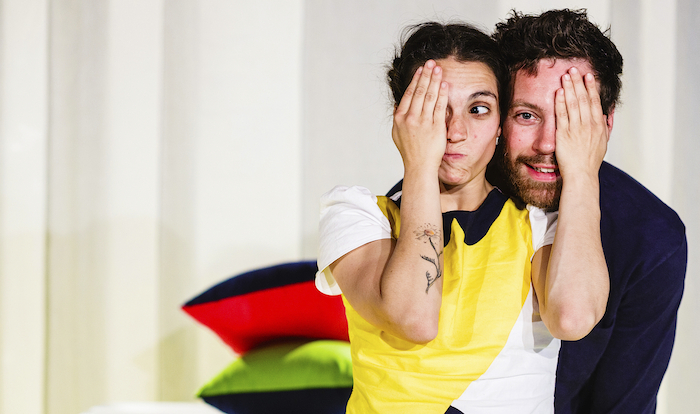 Mischievous and tender, Não Não from French company Le Vent Des Forges, follows the adventures of a little boy made of clay in a world of mud, water and talc, with songs and rhymes performed in English and French. Stick By Me from Andy Manley and Red Bridge Arts in Scotland is a beautifully crafted, hilarious, and joyful, show about friendship, invention, play and the importance of treasuring the little things.

'Some of these shows, sad as they are, show realities for a lot of people in our community who have either had to flee conflicts in different countries or are living through foster care/adoption systems'

Barrowland Ballet from Scotland perform their acclaimed and enchanting Tiger Tale, featuring captivating dance and a pulsing soundtrack, which sees everything change for the better when a troubled family’s world is turned upside down when a tiger invades. They will also present Playful Tiger for school groups with additional needs. This highly physical, interactive, dance performance is designed specifically for, and performed by dancers trained to work with, small groups of children and young people who are profoundly autistic and mostly non verbal. 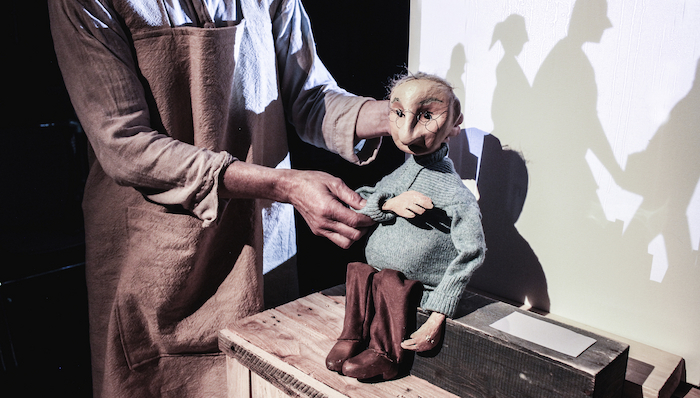 Baba Yaga from Windmill Theatre and Imaginate (Australia and Scotland ) is a surreal and irresistible take on an old Russian folktale that is guaranteed to leave audiences grinning from ear to ear. “It is a fascinating take on the story which has already won numerous awards,” Ó hEocha reveals. “Though based on a folk tale, the show is set in the present day. Baba Yaga lives at top of apartment block and Babelina is a shy receptionist in the block who is appalled by Baba Yaga’s raucous carry on. Babelina is eventually lured upstairs for a fateful encounter that changes everything. The presentation is very interesting as it uses a lot of film projection, so the show is an exciting mix of theatre film and animation.”

There are two thought-provoking shows for older audiences; My Friend Selma from Scotland’s Terra Incognita tells the absorbing real-life story of one girl’s journey from war in Bosnia to safety in England, with a tale that features a conker, stethoscope, prayer beads, a party hat, and more. Removed, presented by renowned Belfast-based Prime Cut Productions, is an affecting, shocking, and funny insight into growing up in the care of the State. It is a hard-hitting account of the challenges faced by our young people and their capacity to build resilience and continue to hope. 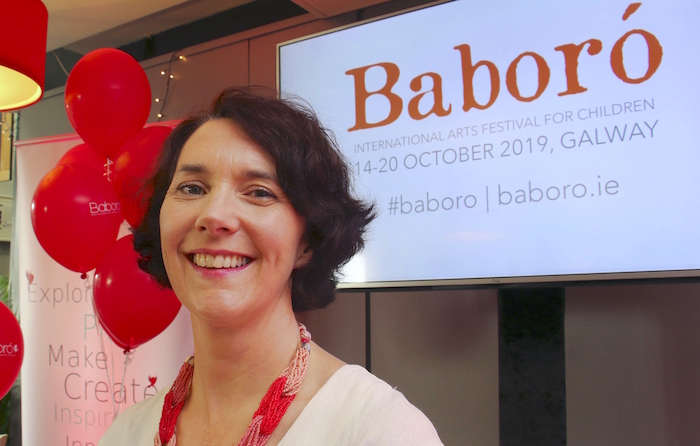 “Those shows, sad as they are, show realities for a lot of people in our community who have either had to flee conflicts in different countries or are living through foster care/adoption systems,” notes Ó hEocha [pictured above]. “Removed is adapted by Fionnuala Kennedy from stories gathered from children who have been through this system. Adam, in the show, is a fictional character but represents a number of different stories from Northern Ireland. The arts can be for all of us, as children and adults, safe ways to explore some of the darker sides of life and society.”

Aside from the shows already mentioned, Baboró also includes a range of exciting exhibitions, readings, music and film, as well as workshops geared both to children and to adults. All in all it is a programme packed with top-notch attractions and a credit to Aislinn Ó hEocha and her team – and, not forgetting the festival sponsors; “We’re very grateful for the support of our main funders The Arts Council and Galway city and county council,” Ó hEocha acknowledges. “We’d also like to thank our premier sponsor Medtronic, our major sponsor TG4 and the business community, for their generous support.”

Full details of the programme are at www.baboro.ie Tickets can be booked from the festival website or via the Town Hall (091-569777, www.tht.ie ).