FOLLOWING ITS triumphant GIAF debut in 2017 with Tristan & Yseult, Kneehigh Theatre Company return with Dead Dog in a Suitcase (and other love songs ), based on John Gay’s The Beggar's Opera.

The Beggar's Opera hit an unsuspecting London like a thunderbolt in 1728. It was an opera about low-born, mucky, people doing low-born, mucky, things to each other. In 1928 Kurt Weill and Bertolt Brecht adapted the story for The Threepenny Opera, while Kneehigh's latest version of Gay's classic is anarchic, radical, moving, shocking, and very funny.

At the heart of the show is Charles Hazlewood’s freewheeling score and ahead of Kneehigh’s GIAF visit he shared his insights on re-tooling Gay for today’s theatregoers.

Hazlewood is a conductor who has been hailed as ‘the British Bernstein'. He is the founder of the British Paraorchestra - the world's first large-scale professional ensemble of virtuoso musicians with disabilities, and was the first orchestral headliner at Glastonbury Festival. He has authored, presented, and conducted music for BBC TV, and won three Sony awards for his shows on BBC Radio 2.

With Dead Dog in a Suitcase, he has taken parts of the original The Beggar’s Opera and married them with an up-to-date score. “The Beggar’s Opera is eye-gogglingly fabulous and utterly compelling,” Hazlewood says. “However, as Gay left it, it doesn’t work for today’s audience. The characters are two-dimensional; they’re all self-serving, mean-spirited, bitter, and foul. Call me old-fashioned, but for storytelling to work you need to have at least one character you care about. The other fundamental problem is that all those folk tunes in the original have evaporated from our culture. They don’t have the fire and the spike and the poke.” 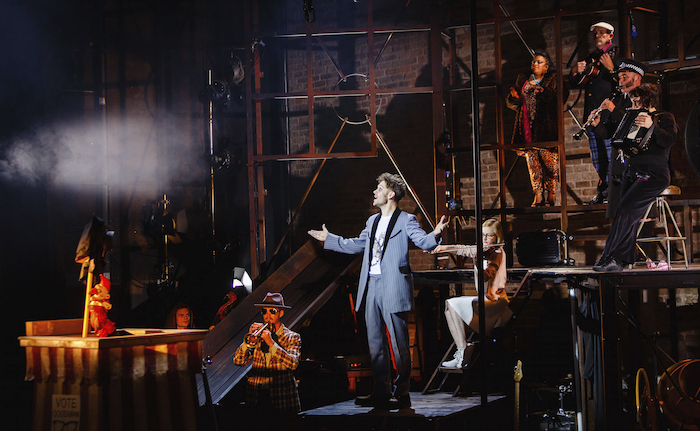 Hazlewood, and his collaborators at Kneehigh, including writer Carl Grose, set about rekindling the fire and the spike and the spoke of Gay’s work and transmuting it into a 21st century idiom. Like Gay, Hazlewood has created a terrific score, drawing on electro, disco, new wave, grime, dubstep, noir, trip hop, punk, and ska, that is performed live by the company on stage.

Kneehigh first performed Dead Dog in a Suitcase in 2014 to rave reviews, with Hazlewood’s score getting special praise. The Guardian wrote "it was Charles Hazlewood’s score that stole the honours. There are not many composers cool enough to convincingly connect traditional folk ballads with grime, ska and dubstep. But miraculously, Hazlewood pulled it off." 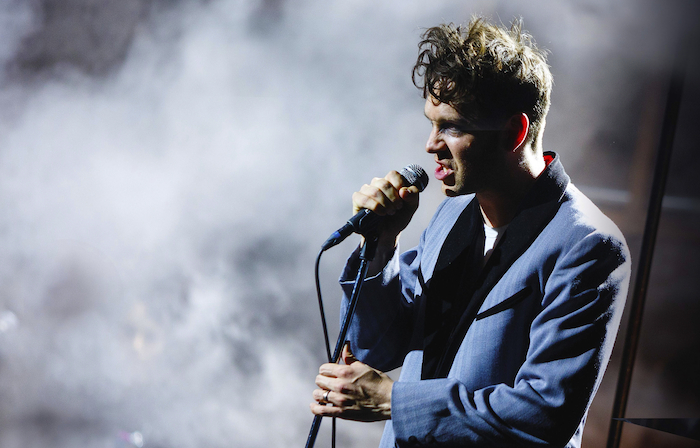 Aside from the music, the show also packs a strong satirical wallop, just as Gay’s Beggar’s Opera did in taking high art in the form of opera and lampooning it by setting it among the thieves and prostitutes of Newgate prison. The musical deals with political corruption and widespread injustice against a backdrop of cracked morality and the fevered need to survive; themes that remain all too relevant in our own day.

“It’s all about exposing the essential problem at the heart of society and life,” says Hazlewood, “which is that rich people are every bit as corrupt as poor people, but because they’re rich they find a way of getting away with it. This isn’t just diverting entertainment. This is stuff that makes you think."