A DEFINITE highlight of week two of GIAF is Dylan Coburn Gray’s acclaimed new play, Citysong, a poetic chorus of voices showing us three generations of a Dublin family on one day.

Co-produced by the Abbey Theatre and London’s Soho Theatre, the play is as much a portrait of the city of Dublin as well as of a family. There are teen discos, late night taxis, home nurses, Jewish launderettes, vigilantes, babies, immigrants, and seagulls. It is intimate and sweeping, cerebral and compassionate, and ultimately joyous.

Citysong has played Dublin and London to rave reviews from audiences and critics alike and it is set fair to captivate Galway audiences also when it arrives here next week, playing the Black Box from July 23 to 27. Among Citysong’s cast of six actors is Amy Conroy and, ahead of the play’s GIAF visit, she spoke with me about its many qualities. I began by asking Amy what she would cite as Dylan Coburn Gray’s chief gifts as a writer.

“He has a remarkable grasp of language and rhythm and he has a burning intelligence,” she replies. “He also writes characters that are deeply human and he writes them very tenderly. He has both wit and sharp intelligence. Dylan has a background in music and the rhythm of the piece is integral to how he hears it and I am sure that is both conscious and unconscious; it is very much part of him and of his writing.”

Amy goes on to describe the play. “It is an epic piece looking at the scope of the city, and of Ireland, but it really focuses on tiny, tiny moments within a family," she says. "The six of us play over 60 characters but these characters make up the fabric of the tiny, beautiful and tender moments that are pinging out of the piece. There are mammoth moments of great joy like the birth of a baby but also the play takes time for tiny things like noticing the shape of the baby’s head or the rhythm of its heartbeat. 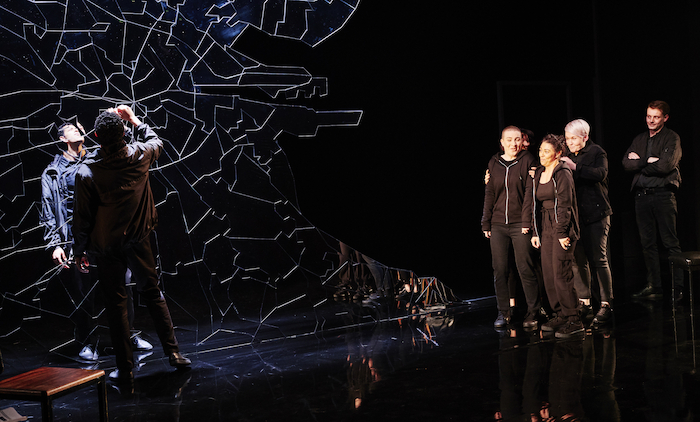 "It sees the beauty in these tender, even mundane, moments, and in every person who we see in the city of Dublin, which is the backdrop, and ultimately the city is like the music underneath the piece. It’s ‘a day in the life of’ and how these characters bump up against each other over the course of the day, which is the day this baby is born and frames the action and shows all the characters in the life of this family. We meet them all on this day and come to know them from start to finish as people.”

With its day-long span in the life of Dublin, Citysong can be likened to Ulysses but another major influence is Dylan Thomas’s Under Milk Wood. “Under Milk Wood is a piece that Dylan Coburn Gray absolutely loves,” Amy reveals. “He loves how Dylan Thomas, in one sentence, can capture the life of a person or the complexity of opposing opinions or opposing thoughts within one sentence and that was a huge influence on him in writing Citysong. I’d have to agree it is like a fusion of Ulysses and Under Milk Wood, it’s all one day and all one city and it is a very beautiful piece.” 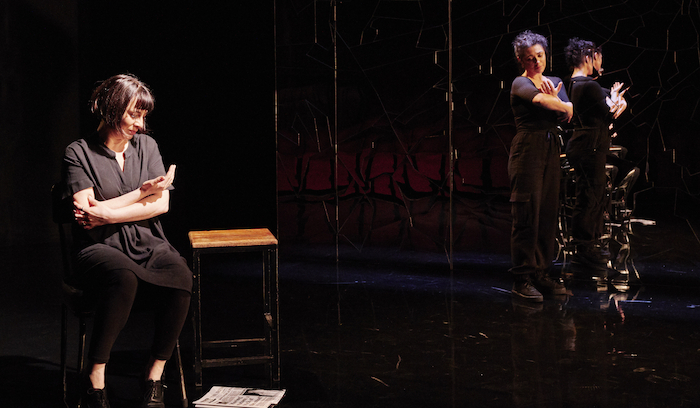 The play offers a generous view of the city as one that absorbs newcomers with tolerance. “That is something Dylan would be very aware of,” Amy notes. “He has worked a lot with youth drama groups and, being in his mid twenties, would be of that generation that went to school with people called Yetunde and Gabriel Ojalade, and what have you, and those characters feature in the play as easily as a Mary Murphy does because they are part of the fabric of the city now.

"There are generations in this play who can see that as different and there are generations who take it as normal and sometimes those comparisons are held up, not with any opinion, and it is quite seamlessly done and those inclusions are very much part of the piece.” 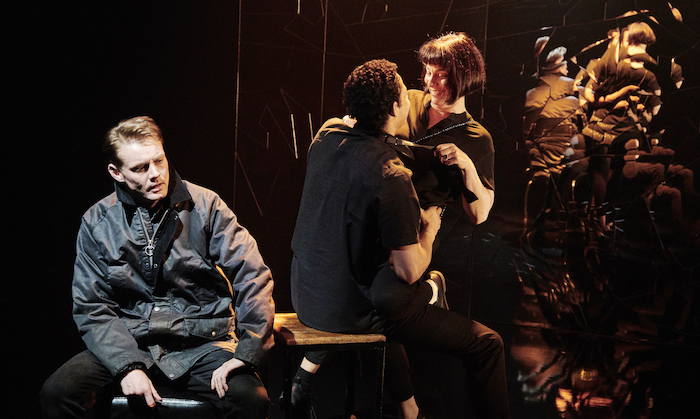 Amy tells me about which characters she depicts in the show. “There is one central voice running through Citysong - I hesitate to use the term ‘narrator’ because it is not really narrating, just voicing the moments that happen to the characters. There is a strong voice that runs through it and I play one third of that but I couldn’t tell you how many other characters I play! I play a taxi driver, a 14 year old boy, several schoolteachers, several schoolgirls, amongst others.”

Even though the play was inspired by Dublin, Amy asserts that its generous view of humanity imbues it with universal appeal. “We have just done a month in London with Citysong and the show was as relevant there as it was in Dublin and as it will be in Galway," she says."It is about humanity and Dublin is the backdrop of it but really people are the heart of it, and no matter where you go people are people and I think it will play as beautifully in Galway as it did in Dublin and London, it is a feast for the ears and a really beautiful piece and I hope people will come to see it.”

Amy’s last time to appear on a Galway stage was during GIAF 2015, when she performed in her own play, Luck Just Kissed You Hello. She is looking forward to renewing her acquaintance with both the city and the festival; “I’ve done festivals all over the world and Galway is one of my favourites – and I am not just saying that!” she declares. 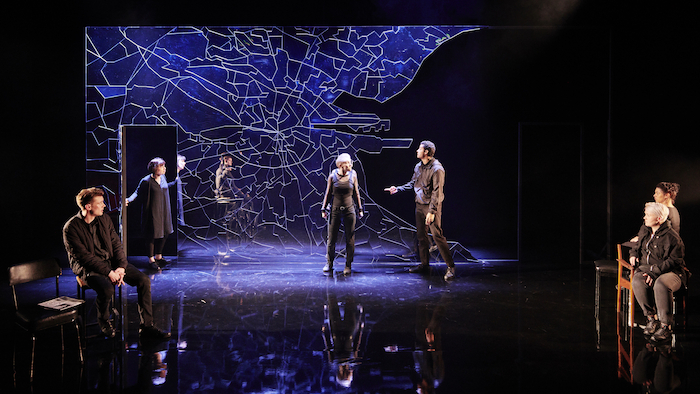 “Paul Fahy and his team do an incredible job across theatre, visual arts and music, and the talks this year are fantastic, and to be part of the programme is brilliant. We are only down there for a week and when you have a show on it is so hard to see other things but I am going to try and see some music and installations and visual arts.”

Citysong runs at the Black Box from Tuesday July 23 to Saturday 27 at 7pm nightly. There are matinees on Thursday July 25 at 2pm and Sunday 28 at 3pm. There will be a post-show talk with the company after the Thursday evening show, moderated by NUIG’s Ciara Murphy. For tickets see www.giaf.ie