THIS SATURDAY sees the launch of fifty poems by Michael Gorman, published by Artisan House. It has been nearly 30 years since his last collection, 1991’s Up She Flew, and the arrival of this new work will be greatly welcomed by Michael's many admirers.

The book combines both old and new poems and, over a Monday afternoon chat, Michael talked about his work and the impetus behind this latest collection. “What’s down there in the book I needed to put down,” he begins. “What does please me is that the older poems are still alive. They keep being reproduced in anthologies and all I ever wanted was to make things that last.

"I found that the more you left things open and inclusive, the more you allowed a reader to come into them. I made the work as bare as I could to allow people to inhabit it. Everybody reads their own lives into a book, and I think you help that if there is less of ‘self’ in a book. That’s why I find imagery and how that conveys emotion effectively.

"I’ve always liked imagist poetry - a poem like William Carlos Williams’ 'The Red Wheelbarrow' is nearly a hundred years old but it is still as fresh as when it was written. Your choice of images is a reflection of your personality and I was always more interested in that than in opinion – I wasn’t going to be writing poems about Tony Blair or things that were happening this week or last week.” 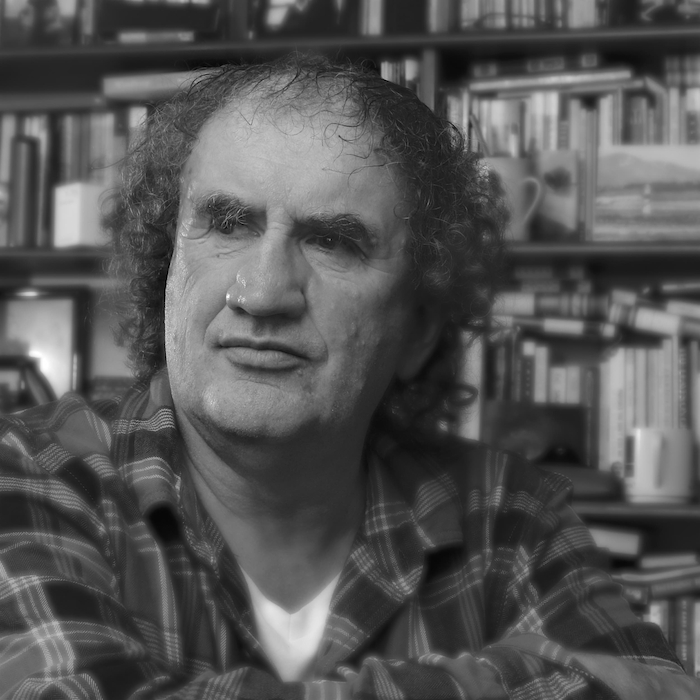 The opening poem, ‘The Rattle’ describes the heart attack which Gorman suffered several years ago, though it would be misleading to say that the collection was largely a response to that experience. “Events might have prodded it but all my life I have kept track of things in notebooks,” he points out. “Camus said each person has three or four images they try to retrieve all their lives. There were things that were dear to me and were suddenly strewn before me and I hadn’t set my house in order in any way. I just feel grateful that I got a chance to do that. That was the motivation really because once you’re gone that’s it.”

In ‘The Rattle’ Gorman recalls that he felt "only a cold loneliness/moving out of reach/a constricted affection/for the passing world" and several other poems in the book that contemplate age and mortality echo that idea that there is no life hereafter.

“There was a loneliness out of the fact that you do leave and lose the connection with others,” he explains, "but it wasn’t the worst feeling and that is the good news. Confucius said that each person has two lives and the second begins when you realise you have one. With me it takes a long time for things to settle so I can get a handle on them; I’d need to be about 140 before I could work out what was going on with old age.”

'I remember at school we had priests who would bring in Joan Baez records and be interested in the Civil Rights movement. We’d go out painting old folks’ houses or putting on plays in the county home. A lot of people in my generation would have had that instinct.”

Many of the book’s poems conjure up the Sligo of Gorman’s childhood, its people and its places. ‘Away’ reads: "I saw them standing on the Rosses Point Road/where the outdoors swimming pool used to be/this group of senior citizens/carrying multicoloured buckets/reds, greens, blues and yellows./I thought, That’s it, they’re ga-ga/away with the fairies./turns out they were waiting for a minibus/to carry them to Bundoran/to play the fruit machines."

“I left Sligo to come to university in Galway and I haven’t spent a week in Sligo, in a block, since I was seventeen,” Michael admits. “The Sligo I knew is not physically there but it is in my head. The majority of the poems in this book refer to the time before the age of sixteen. The poet CP Cavafy said that as we get older we return to the small streets and fields of childhood; for him that was Alexandria and for me it’s Sligo.”

Gorman’s poems have always shown a strong affinity for life’s also-rans, such as the small boys in ‘Footballers’ who are "Maestros in plastic sandals/with eyes in the back of their heads/on this particular patch, freed for an hour/from the awkward lunges of the well-to-do". 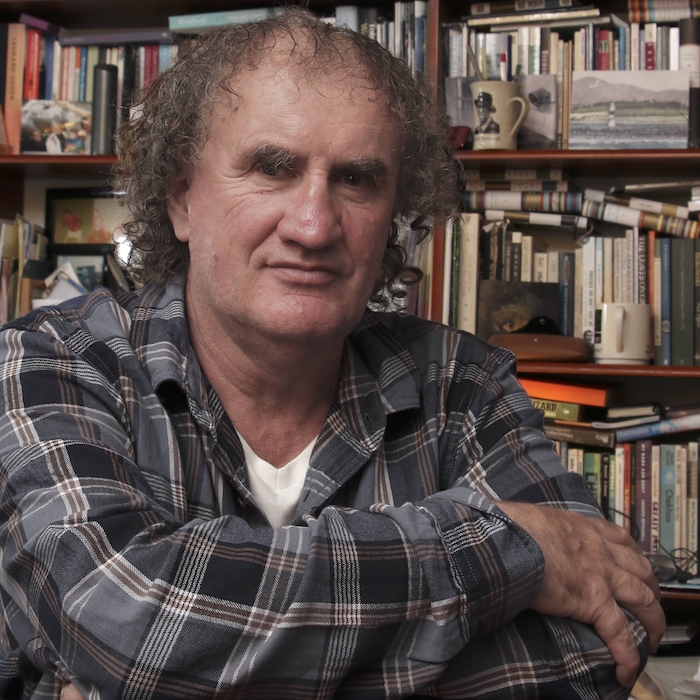 “I’d like to think I was one of them myself. I wouldn’t like to think I am just doing a study of them,” Michael declares of his empathy for those on the lower rungs of society’s ladder. “I remember at school we had priests who would bring in Joan Baez records and be interested in the Civil Rights movement. We’d go out painting old folks’ houses or putting on plays in the county home and doing stuff like that. I think a lot of people in my generation would have had that instinct.”

The book includes several striking images by Joe Boske. They were not created specifically in response to the poems but they fit in with them nevertheless. “We’re different but there is something in Joe’s work that I would be really drawn to,” Michael notes. “In the faces that he paints often there is a sense of people being lost but he renders it in a humorous way. His work is also beautifully crafted.”

Michael explains how he teamed up with Artisan House for this collection: “I did some readings for Leo Hallissey in Connemara around Sea Week and Bog Week and Mary Ruddy and Vincent Murphy from Artisan House were at them. I also contributed a poem to the poetry trail in Letterfrack. They asked to look at my work after that and took on the book. I’m very happy with it.”

Fifty poems will be launched by the founder of the Galway Arts Festival and long-time friend of Michael’s, Ollie Jennings, on Saturday, at 3pm in the Mick Lally Theatre, Druid Lane. It retails at €18. Michael has recorded readings of some of his poems and those are available for download or listening from artisanhouse.ie