This exhibition is part of the Royal Astronomical Society’s 2020 bicentennial celebrations. This is the only project in Ireland to join four others from Britain that have received RAS 200 Awards to support astronomy and geophysics projects. 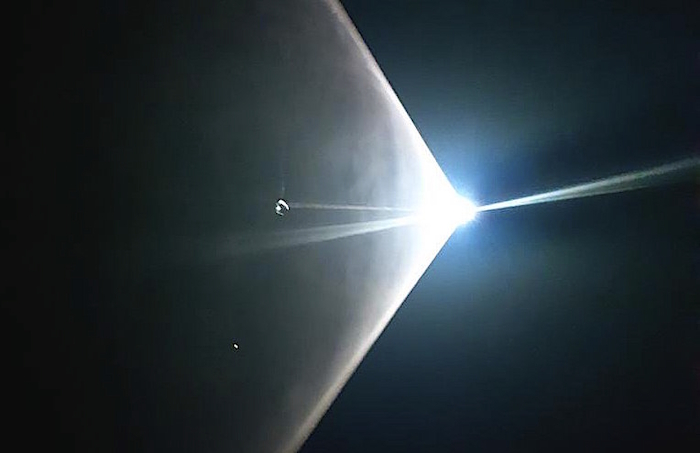 Artist Jane Cassidy collaborated with NUIG astronomer Dr Mark Lang and her works in the show include the bewitching ‘Light We Can’t See’, a cone of light projected in a darkened room with swirls of fog curling around its interior, and two video sculptures, ‘Conamara Chaos’ and ‘Incessant Infinity’, which involve the viewer stepping up to a plinth and peering through a small funnel at a short filmed segment.

“A lot of my work has been inspired by the night sky so it was interesting to be involved in this project,” she tells me. “Mark’s research is primarily about light that we cannot see, like gamma rays, and that was a challenge for me to work with. I was influenced directly by his research and I watched lots of documentaries, and so on, about astronomy. Conamara Chaos is a region of terrain on Jupiter’s moon Europa which was named after Connemara due to its similarly rugged terrain. I filmed that on Inis Mór. The video is in super slow motion of 180 frames per second instead of the usual 24 and that made it look like a lunar flyover.” 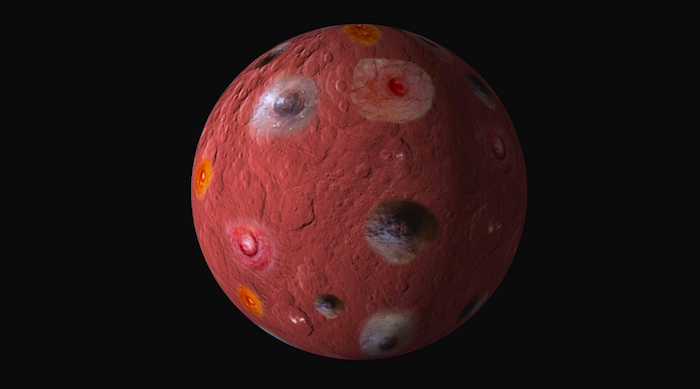 Treasa O’Brien is an award-winning artist-filmmaker collaborating with Prof Shearer, head of NUIG’s School of Physics. O’Brien contributes the film Memoirs of a Spacemother: an Astropoetic Sci Fi Essay which draws on old SF movies. An enjoyable piece in itself and, equally interesting, is her continuing artistic research as part of this overall project.

'People are both comforted and terrified by the idea of it, by its vastness and the unknown'

O’Brien intends to explore the connection between astronomy and social and political organisation in human society. Drawing on the work of Nicholas Campion in astronomy and political theory, where he traces these connections in history, she will consider his phrase ‘Cosmic State’ (describing a society in which the earthly and the celestial are not separated ) and apply it to ancient Irish society through its stone circles and Newgrange. 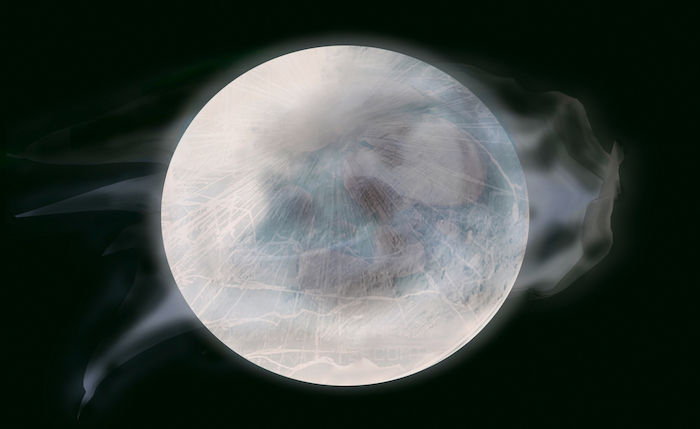 Chloe Brenan teamed up with Dr Ray Butler, director of the BSc in physics with Astrophysics. Her research investigates the measurement of time and space through the use of still and moving imagery. Her contributions to the show were the ‘Plosives’ series of prints and the video piece ‘Fronts’.

Making Space has proved to be hugely popular exhibition and has attracted attendances well above the usual numbers for Galway Arts Centre shows. On the day I went to see the show it was also notable that there were a lot of children present who delighted in the interactive aspects of several of the works and in the way they imaginatively deployed light and moving images. 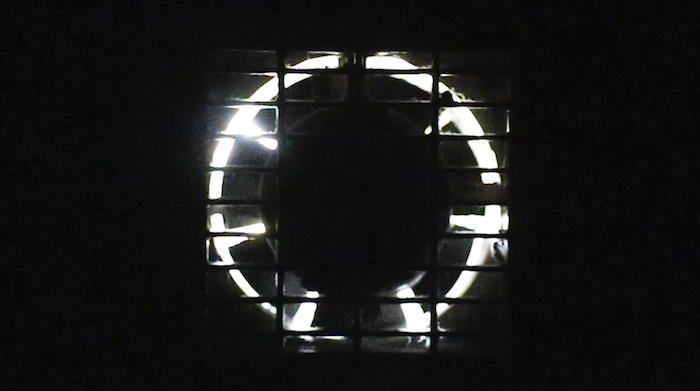 Galway Arts Centre’s Maeve Mulrennan is understandably delighted by the success of the exhibition. “Some people might think that scientists and artists would be an unusual collaboration," she says, "but the humanities only recently split from sciences but both areas require the inquisitive mind and creativity. The scientists all enjoyed being part of the process. In their research careers as they progress, their field of research tends to get smaller as they specialise and then the artists come to it and give it a new perspective.

"The dynamic between the pairings in the show varied. For instance, with Jane Cassidy and Dr Mark Lang, a lot of Mark’s work is about invisible light and his research features a lot of data, similar to computer coding. So that was a challenge for Jane as it was not a readily visual material so her pieces stemmed a lot from research she did based on Mark’s field of knowledge. Chloe Brenan’s work also arose from research but Louise Manifold’s pieces stemmed from conversations she had with Dr Matthew Redman. Louise and Matthew went to look at the new radio telescope in Birr and he talked with her about old instruments and that led into her making work.” 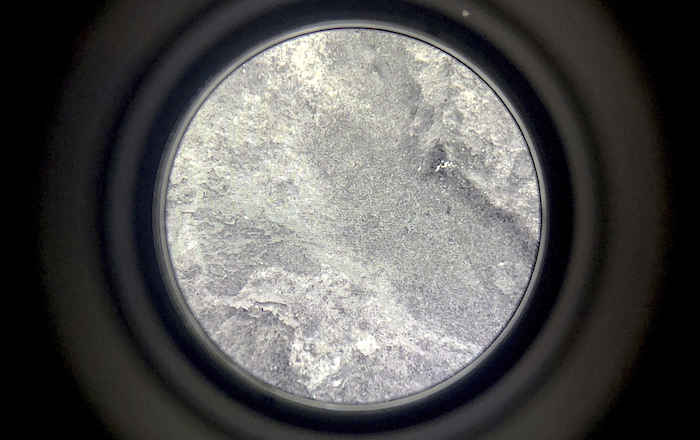 “There is something poetic and sublime about space,” Mulrennan observes. “People are both comforted and terrified by the idea of it, by its vastness and the unknown. Galway Arts Centre is honoured to host such an exciting project and exhibition as Making Space involving so many exceptional and dedicated art and science practitioners. It’s great as well to see lots of children coming in and engaging with the work and enjoying it. Making Space is the only project in Ireland to have received RAS 200 awards to support astronomy and geophysics projects, it is a privilege to be able to celebrate RAS 200 in Galway.”