AWARD WINNING Galway arts collective AKIN opens the autumn programme at the Galway Arts Centre with a new show, Furthermore, which is launched tomorrow evening [Friday September 6] at 6pm, and runs until October 5.

Furthermore features the work of Margaret Irwin West, Dolores Lyne, Leonie King and Jay Murphy. The exhibition moves from themes that evoke an understanding of place, from Lyne’s atmospheric paintings depicting an archaeological excavation on Inislyon Island, to Irwin’s copper plate etchings of coastal sacred sites, such as High Island. Together they delve into both the present and the past.

While King’s work reflects abstract explorations that are rich in texture, she is an alchemist with colour, and they are effervescent with energy. Murphy’s work is inspired by a visit to the convent of St Agnes of Bohemia, in Prague, where she captures the dramatic space created by the shadows of revered statues, hinting at a secret world that moves when not being watched. 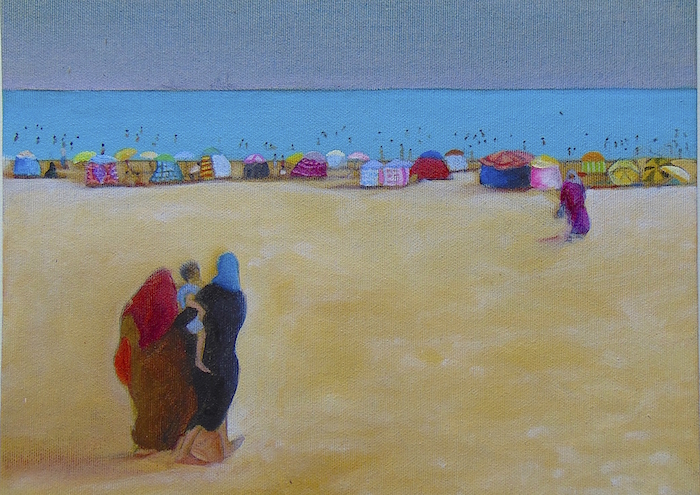 AKIN have been exhibiting as a group for 27 years, and speaking to me ahead of Furthermore’s launch, Margaret Irwin West reflected on the collective’s durability.

“I joined in 1992, I remember it was winter when I went down to meet Leonie King and it was snowing and I had to stay the night in Galway, it was a good beginning! For all of us it was a link to the way we think and the way we make our work because we all live in separate areas and not near other artists. We would meet quite regularly and we travelled all round the country showing our work and that was very stimulating. We interacted and telephoned each other a lot and talked a lot. Our art experiences have been very different but we find that our work hangs well together; we seem to have a conversation going on in the gallery between us all.” 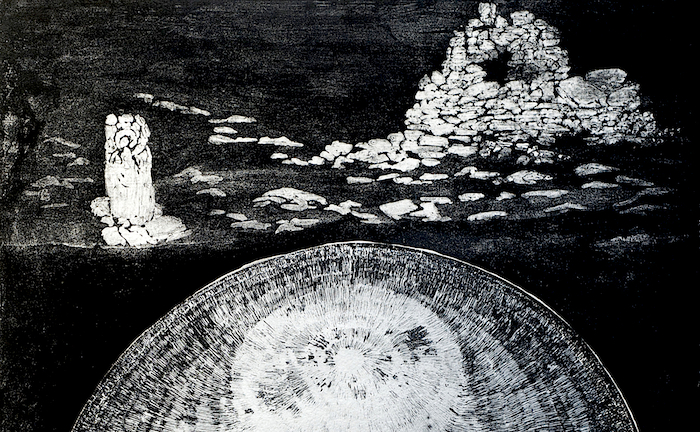 Margaret explains her interest in the sacred sites which feature in her work. “When I first came to Connemara I didn’t know much about the archaeology of the area which is considerable. I found these sites that I have been drawing and it is about tracing the interference of man in the landscape and what they left behind. The more I dug the more I was interested.

"Landscape isn’t just a pretty thing you look at; it is telling a story of people who have been there before and have changed it. This area would all have been forest once and people came, from the sea mostly in the beginning, and colonised it. They burned trees to make land arable then along came the religious communities who established a lot of sites along the west coast. I was told the monks must have come from Belgium because the crosses they erected were crosses of Lorraine, not Celtic crosses.”

2019 has brought a dual accolade for West, in that she has been accepted as a member of Aosdana and will also have a major retrospective of her work in the Clifden Arts Festival later this month. “It has bowled me over, it is such a privilege on both counts,” she declares happily. 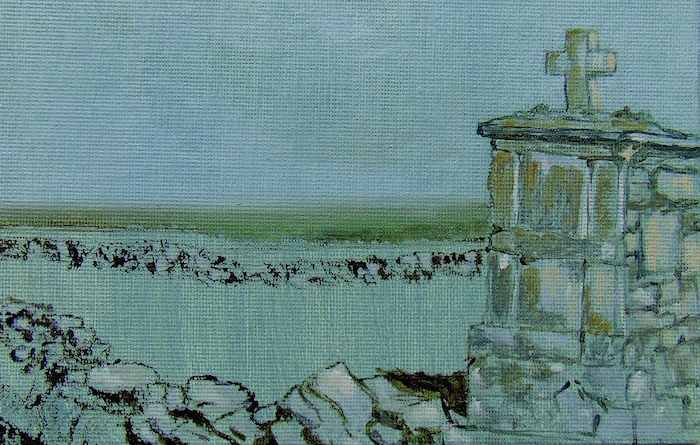 Galway Arts Centre’s head of visual arts, Maeve Mulrennan, offers her insight into Furthermore: “AKIN have been exhibiting together for a long time. They have very distinct practices and they all have their own separate careers but they frequently show together. There is a dialogue between them and a sensibility that people will find interesting and there is a lot of contrast as well. They still want to show together; often artists are focused on getting their solo shows but the members of AKIN are still dedicated to exhibiting as a group which is very interesting.”

The official opening of Furthermore will be performed by Phyllis McNamara, owner of Cobwebs, Galway, at 6pm tomorrow [Friday September 6]. As part of Culture Night on Friday September 19, there will be a ‘Meet the Artists’ talk on the exhibition at the Galway Arts Centre from 6 pm to 8pm, featuring all four AKIN members. There will also be a screening of a short film about Margaret Irwin West’s work.