Ricky Tomlinson, star of TV shows The Royle Family and Brookside, films by Ken Loach and Shane Meadows, proud Scouser and socialist, is coming to the Town Hall Theatre on Sunday March 30 to regale us with stories from his colourful life.

Over an afternoon phone call, speaking from his Liverpool home, Ricky relived some of his career highs and lows and gave an inkling of what Galway audiences can look forward to at the end of the month. I began by asking about his childhood.

“My childhood was pretty much the same as everyone else’s,” he relates, in that familiar Liverpudlian accent. “I had three brothers so the four of us were in one bedroom and our mam and dad in the other. It was a typical two-up two-down terrace house with a cold water tap and a toilet down the yard. Everyone else was in the same boat though I do think we were slightly different because we were one of the few houses that had electricity, other people had gas. So we had electric radio and later on when things improved we got a little television.” 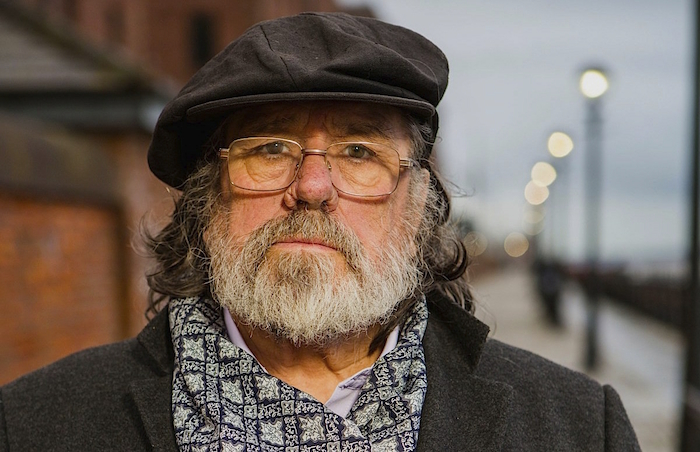 In his teens, music became a part of Ricky’s life and has remained one ever since; he plays banjo in several episodes of The Royle Family. “I just heard a guy playing a ukulele one day and I thought at the time it was a banjo, it was loud and raucous,” he recalls. “It was coming up to my 17th birthday and my mam asked me what I wanted so I asked her for a banjo and she bought a second hand one for £2 and that was it. Even though I’d heard a ukulele that was the best mistake I ever made because I love playing it. I had my own band in the 1960s called The City Slickers, I went round the social clubs for years playing the banjo and singing songs – that’s how I first got my Equity card.”

'There was definitely collusion. Me and Dessie Warren went ‘on the blanket’ as a protest in prison. We couldn’t do any exercise because we wouldn’t wear prison clothes and we weren’t allowed any visitors and we were locked up all day'

As a young man Ricky worked on building sites as a plasterer and was a trade union activist. Then, in 1972, he was part of a group of flying pickets who travelled to Shrewsbury to give support to a workers’ dispute. Some months later, Ricky and 23 other pickets were charged with "intimidation” relating to that protest, with Ricky, and his colleague Des Warren, sent to jail for two years. In the years since, he and his fellow defendants have campaigned for the verdict to be quashed, yet, despite strong evidence of a miscarriage of justice, the case has still not been resolved.

“They won’t release the papers; they are supposed to do so after 30 years but they still haven’t released the ones relating to our case,” Ricky explains. “The last I heard it is going to be 2021 before they even review the papers, not even release them, and that will be nearly 50 years since the original case. People tell me they are waiting for us all to die off and six of the lads have died already. I think they are actually waiting for the people responsible for bringing the charges to die off. They were obviously members of the Conservative government.”

'Boys From The Black Stuff was a tremendous series and showed things exactly as they were in Liverpool at that time, because there was no work'

“There was definitely collusion. On the day of the picket there were 80 policemen present and nobody was arrested or cautioned. They actually thanked us at the end of the day for the way everything had gone. Then, 15 weeks later, we were charged. The police have admitted recently that they destroyed all the original witness statements and had new ones made and that in itself is completely out of order. Me and Dessie Warren went ‘on the blanket’ as a protest in prison. We couldn’t do any exercise because we wouldn’t wear prison clothes and we weren’t allowed any visitors and we were locked up all day. They started giving Dessie sedatives and injections and, a few years later, he died of drug-induced Parkinsons so he paid for his time inside with his life.”

For Ricky, his time in prison was a pivotal experience which indirectly led to his career as an actor. “In jail, you’ve to do stuff to keep yourself sane and that’s when I read The Ragged Trousered Philantropist which changed my life. I also had a radio and used to listen to BBC Radio 4 a lot, the plays and debates and I managed to do my time OK. When I was released I was blacklisted from building sites and I had kids I needed to feed. So I started a little band and went round the working mens’ clubs and did that for a few years.”

In 1981, Ricky got a small role in Alan Bleasdale’s iconic Boys From The Black Stuff. “I was only an extra in that but I set up a little agency for casting all the small parts in the series," he says. "It was a tremendous series and showed things exactly as they were in Liverpool at that time because there was no work, though the series itself brought lot of work into the city and I enjoyed being involved with it. It made people more politically aware about what was going on and it is one of the best things Alan Bleasdale has ever written.”

That same year Ricky did a TV play by Jim Allen, a regular writer for Ken Loach. “It was called United Kingdom, it was the first big role I’d done and it was directed by Roland Joffé. It was very successful, but it was so political they’ve never re-shown it. Afterwards I got invited to Roland’s 40th birthday party and Lauren Bacall was there and I had a little dance with her because I could dance a bit. When they showed the play, Brookside was just starting and one of the writers, Andy Lynch, saw me on United Kingdom and he phoned Phil Redmond and said ‘I’ve just found Bobby Grant’. David Puttnam also saw United Kingdom and that’s what convinced him to ask Roland to direct The Killing Fields.”

'I hear 'My arse!' 50 times a day. Bus drivers, taxi drivers, all sorts of people shout it out when they see me and it’s great'

Ricky played Bobby Grant in nearly 200 episodes of Brookside where his onscreen wife was played by Sue Johnston. In 1998 Caroline Aherne would ‘remarry’ the duo as Jim and Barbara Royle in her classic The Royle Family. I ask how he got the role which still defines him for many people. “I just bumped into Caroline one night,” he says. “She already had myself and Sue Johnston in mind for those roles which was very brave of her because we’d already played a married couple in Brookside. So to do that again but change our characters completely around was very brave. But we did it and it worked and we had a wonderful time and won all sorts of awards and Jim Royle became a bit of a folk hero.”

The series also means Ricky will be forever linked with the phrase ‘My Arse!’ but he doesn’t mind that in the least. “I hear it 50 times a day. Bus drivers, taxi drivers, all sorts of people shout it out when they see me and it’s great, it’s lovely,” he laughs. “It just means they’re joining in and having fun. When I go onstage in Ireland I’ll come on as Jim Royle then tell a few stories about him and who I’ve met, the good guys and the bad guys; people like Norman Wisdom, Samuel L Jackson, Lauren Bacall, and they are all true stories.

"So I tell a few stories and jokes. We have a couple of other people on the bill; there is Irish singer Lee Roy James; Tony Barton, who used to be Tommy Cooper’s warm up act, and Sam O’Leary who’s from Dublin but has been based in Liverpool for many years, and he wrote the anthem for Hillsborough which he sings every year at the memorial service. It’s like a nice variety show, it’s mostly Jim but some variety as well and audiences really enjoy it. I wait around afterwards and people ask for autographs and selfies, for me, that’s no problem, I’m happy to do it."