Mixed race Irish people will be celebrated, and questions and ideas of Irish identity examined, in #IAmIrish, an absorbing and thought-provoking photographic exhibition, which opens at the Galway Arts Centre next week.

The exhibition is the brainchild of Lorraine Maher, a black Irishwoman who grew up in Carrick on Suir, and now lives in London, where #IAmIrish debuted, in 2016. The exhibition subsequently travelled to Dublin and New York.

Ahead of the show’s Galway visit, which takes place in collaboration with the Galway Anti Racism Network, Maher spoke with me about her own experience of being a mixed race Irish person and the inspiration behind, and responses to, #IAmIrish. She began by recalling her childhood in 1960s Tipperary, a time and place where mixed race Irish people were almost unheard of.

“I didn’t notice it so much as a young child," she says. "It was only when I went to secondary school that the penny really dropped. I looked different to the other girls, my hair grew differently, I was a bit more ‘tanned’ and I’d hear taunts. My only experience of black people was the ‘black baby’ collection box. At that stage all of the narratives around being black were about people who were starving in Africa.

"I do think the narratives that we were fed as kids had a big impact on the way that Irish society today views black people. We were fed those narratives when we were young and we weren’t told about all the positive things about black people. I remember when Musical Youth came out with their song 'Pass the Dutchie' that was the first time I felt pride in being black because everybody loved it. Then breakdancing was becoming popular and Fame was on TV, so you suddenly had these black people who were cool and offered a different narrative of who we were.” 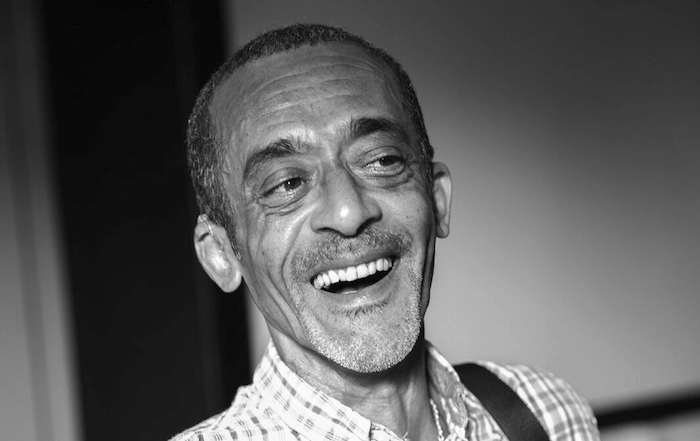 Lorraine candidly admits she knew nothing of her African connections. “I didn’t know who my dad was so I grew up with just my Irish family. My dad was never mentioned and I was discouraged from having those conversations. That’s why I often say when people talk about being mixed heritage that, for me, I am not mixed heritage, I am Irish because that is the only heritage I was ever given; I didn’t know any other one. From looking in the mirror I knew that I came from a mix but in terms of culture, tradition and heritage all I ever knew was that of being Irish.”

Maher moved to London when she was 17 and, throughout her years there worked in social justice, project management, and theatre making. While relishing the city’s multi-culturalism she also encountered prejudice. “I was a young Irishwoman but I didn’t always feel accepted in that way by Irish venues," she says. "I had the Irish accent but I didn’t look like I was Irish and people found that difficult to deal with. Often I’d be in environments where everyone was Caucasian and you’d hear them sharing racist jokes and they’d say ‘Oh you’re just being too sensitive, we don’t mean anything by it’. Having to deal with things like that every day wears you down.”

The seeds of #IAmIrish stemmed both from Maher’s seeing Ireland becoming a more multi-ethnic society and from a personal family loss; “I lost my son in 2014 to cancer and he has an Irish flag on his grave. There was an old lady who used to ask me why he had that flag. I remember going to the London Irish Centre and seeing a great exhibition of Irish creatives but they all looked the same and then I started looking on official Irish websites, like the Department of Foreign Affairs or the Embassy and there were no black faces and I felt this had got to change. This is why we are always going to feel less because it’s like we don’t exist, we have been whitewashed out of Irish history.”

Lorraine roped in her colleague, photographer Tracey Anderson, who created stunning portraits of a range of black Irish individuals ranging in age from one to 72. The exhibition opened at the London Irish Centre as part of Black History Month in October 2016. “Tracey uses photography in inclusion projects as a way of being able to get close to people,” Maher explains. “The #IAmIrish project launched with the exhibition but it’s not just about that. The exhibition was a stimulus to open a conversation, so for me #IAmIrish is a creative movement that was about mapping people to their Irish family roots and looking at their experiences and lives and telling those hidden or unheard stories.”

Maher reflects on the reactions to the exhibition so far; “One of the biggest things that I have seen is people taking ownership of who they are. I’ve had profound responses to this work with people saying that they had waited their whole life to see something like this and children saying they finally have role models to look up to. Another thing that has been interesting is the breadth of people that identify as mixed race Irish. I started this project looking at the Irish and African diaspora but that has expanded to other nationalities. For example in America one of the contributors is half Korean, half Irish and is a fluent Irish speaker, though he grew up in New York, and his children also speak fluent Irish.

"What has really come out is the unity and pride of the people who attended and said how amazing it was for the first time in their lives to be sitting in a room with other people who were like them and the feeling that people are not alone and the pride they have in being Irish and looking at what that means for them. In England I also had Caucasian Irish saying how they’d be regarded as English when they went home and so this project has had a much greater reach than its original intention. It has opened up lots of interesting conversations around identity and what it is to be Irish or to look Irish and it has given us an opportunity to celebrate.” 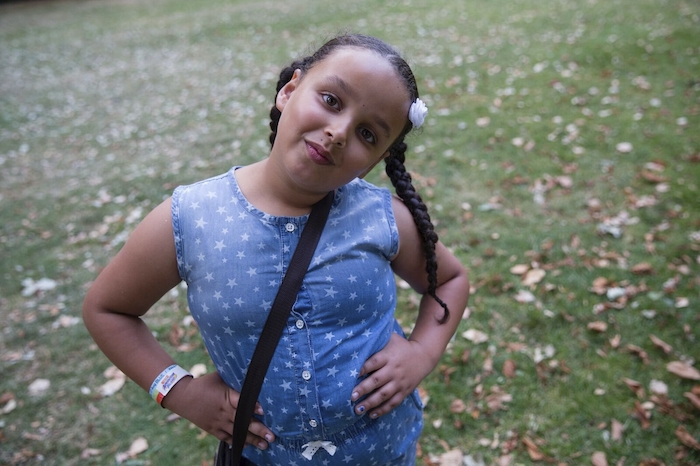 However Maher has also encountered negative responses from people who assert that Irish identity is defined by some unfiltered native bloodline – ignoring the fact that ‘the Irish race’ is a mix of many different peoples who arrived here as invaders, migrants, traders or refugees down the centuries. #IAmIrish is thus a call to action as well as a celebration of diversity. “I get trolled all the time and some people have set up YouTube channels saying this is all propaganda and that mixed race people dilute the Irish identity,” Lorraine tells me.

“What has come out of this is how much work is still to be done, I’ve received many calls from parents saying their children are having a hard time and schools are not culturally aware. When I was approached by GARN I thought it was important to come here because last week in Galway there was an Irexit rally and there is more right-wing, anti-immigrant rhetoric being aired in Ireland lately. The Irish Government needs to do more in this area and decide what an integration strategy really look like because often what is happening is that there is no real introduction for people so there is no understanding of each other.”

#IAmIrish runs from Tuesday December 4 to Friday 14 in Galway Arts Centre. There will be a launch event on Friday 7 and a panel discussion on Thursday 13. Full details from the Galway Arts Centre 091 - 565886.