It is winter. Cold out. Most of us sane people cosy up to a toasty, warm, fire in the evening. On the other hand there are the hardy souls of the Atlantic Masters Swimming Club who plunge into the icy ocean at all times of the year and live to tell the tale and even thrive on the experience.

Club founder Mark Dwyer sat down with me in the House Hotel on Monday morning to relate how this group of doughty swimmers got together. Remarkably, Mark was a latecomer to swimming.

“I learned swimming seriously in my twenties when I was in Dublin," he says. "I started with life saving classes and went from there. I gave up swimming for a while because I was devoted to white water kayaking, I did that all over Europe. How I got back into swimming is that, unknownst to myself, I had a heart condition. It was a serious hole in the heart diagnosis, after the diagnosis I had to go in for open heart surgery and was told I was very lucky I had not suffered a massive stroke. I was 49 at the time. 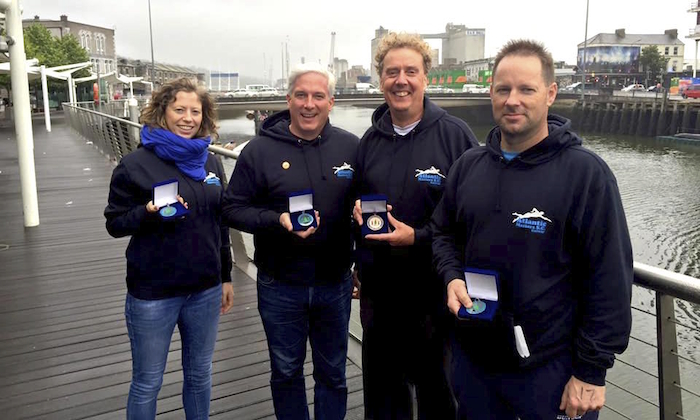 That was a fright; I told them I had been kayaking for 15 years all over Europe so couldn’t have been in poor health. It was a shock to be told my system was under stress and I was basically en route to have a massive stroke. It was one day I was swimming with the kids and I came out and felt palpitations and my heart was going into arrhythmic fibrillation. I said to my wife Siobhan I don’t feel great, and she said to go get checked out. I did and the medics saw me and kept me in hospital for a week and said I needed to be operated on quickly.”

A Dubliner, Mark tells me how he located to the west of Ireland. “I am self employed, I manufacture souvenirs," he says. "I was down in Kinvara once on business and fell in love with the place. Mary Coughlan was playing a gig there and my wife Siobhan and I followed her in Dublin when she played there. So I asked Siobhan to come down for the gig and we ate in the Pier Head restaurant. Siobhan had never been there before and I asked her ‘What do you think of Kinvara?’ and she said ‘Is this where you want to live?’ and the seed was sown. Two years later we packed up everything and moved here.”

'When I came out of hospital I decided to go back to something I loved, which was swimming'

Mark reveals that the Atlantic Masters Swimming Club came about from the open heart surgery. “I became quite depressed," he says. "At 49, after surgery, I felt I was on life’s rubbish heap. The hospital told me it would take time to recover but, not that I am impatient, but being self employed I couldn’t sit back and Siobhan also had a serious injury from a car crash at the same time. We were basically looking after each other which was all adding pressure on me. My dad also had open heart surgery so there was that genetic thing of heart problem in the family.

"I saw his condition and realised I was at risk of being a cardiac cripple as the doctors described it. When I came out of hospital I decided to go back to something I loved, which was swimming. I remember looking from the pier behind our house and thinking if I can just get in there and swim I can be on the road to recovery. I joined a swimming club and started doing more and more lengths and I felt the benefit of them. However I also went into afibrillation with my heart within six months of leaving hospital and that was a knockback. I could physically see my heart beat irregularly. 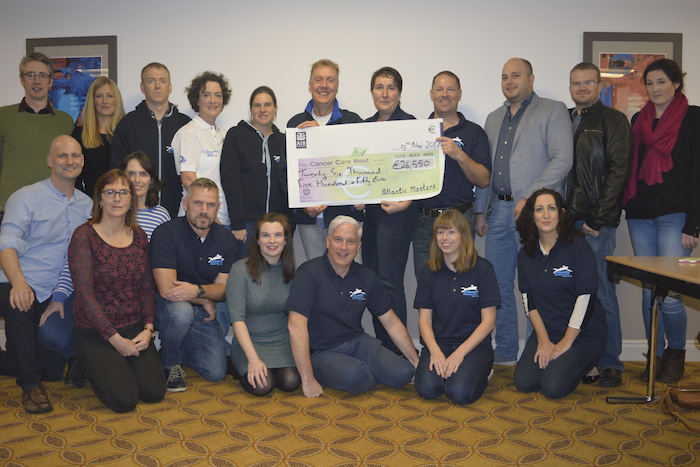 "I then met Helen Colfer and Fergal Madden and Helen asked me would I be into doing a relay swim across Galway Bay for Cancer Care West, though at first I didn’t think I could do it, the three of us started to train for it. I remember the first swim we did, from Lynch’s Pier behind our house in Kinvara, we were wearing wetsuits but we could barely speak after it we were that cold.

“I had cardiac treatment three years ago and I have been afib free since the procedure. The cardiologists invited me on to Ireland AM last summer for Arrhyhtmia Week because last summer I did three marathon swims within a month and they were delighted with my achievement and so was I.”

Mark concludes by outlining the membership details of the Atlantic Masters and its charity accomplishments. “The age range of our members extends from the late 20s to 50s. We do request that new members are competent swimmers. We have raised €56,000 for Cancer Care West and last year we had 26 swimmers out and some of them had never swum more than a kilometre before. One club member did a swim across the bay and he had lost his wife to cancer, and his dream was to swim across the bay for Cancer Care West and it was Atlantic Masters Swimming Club that enabled him to do it”