A new book from Rita Ann Higgins is always a cause for celebration and Friday February 15 sees the publication of Our Killer City, a scintillating and spiky compendium of essays and poems.

Galway was jubilant after being awarded 2020 European City of Culture in 2016, but the organising committee got more than it bargained for when Rita Ann submitted the poem it had commissioned, which she titled 'Our Killer City'. The committee had, perhaps, been expecting a paean to the glories of Galway but instead it was a devastating critique in which Rita Ann exposes Galway’s many foibles. Her poem railed against car parking charges in the city hospitals, events in the local courts, the whiff of sewage on city streets, and bias against Travellers. The poem cast a cold and angry eye on the treatment meted out to local artists using irony and sarcasm in equal measure to describe their exclusion.

Rita Ann closes this compelling new book with an equally scathing poem entitled 'Capital of Cock-a-Leekie Inferno (9 circles of 2020 Hell )', which tracks the course of the 2020 project since Galway secured the European Capital of Culture designation in 2016, and focuses on recent funding cuts to artistic groups accepted for the bid book. 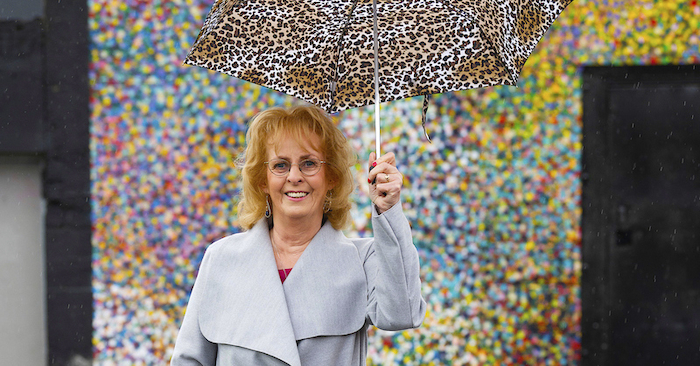 Over an afternoon coffee and scrumptious chocolate brownie (which the writer kindly treated the interviewer to! ) in the House Hotel, Rita Ann shared her thoughts on the topics explored over the course of the book. While there is a peppering of critical salvoes throughout 'Our Killer City', relating to Galway 2020, Rita Ann stresses she is not against the project per se.

'We have heard it all regarding the Church and yet we then heard about two boys finding a tank containing the remains of babies. It was beyond belief but you trusted Catherine Corless because she was so dignified'

“It isn’t about criticism at all, it is not about knocking Galway 2020, it is about setting it up,” she asserts. “Organisations like Galway Film Fleadh, Music for Galway, TULCA, and so on, are the ones that made Galway the capital of culture as well as individual artists. But all these organisations have seen their 2020 funding slashed and are being told to go back and rejig their proposals. It’s like the people involved in running it had no real understanding of creativity or how the mind of an artist works.”

The essays in the first half of Our Killer City are taken from a column that Rita Ann was asked to write for The Sunday Independent which ran from 2016 to 2017. I ask how she found that mode of writing. “It was challenging at one level because of the deadline but on the other hand it made me do it,” she admits. “My antenna is out there anyhow for stuff that is going on locally and it was even more so when I was writing the column because I knew it would be published. I’d never been in a situation before where I had to meet deadlines. It was exciting but it was never something I wanted to do long term. It seemed to work allright because they kept asking me ‘Have you another one?’ You could let yourself out, you could be yourself, you could be funny, you could be profound too, and get a few digs in as well.”

Rita Ann’s prose carries all the warm immediacy, ready wit and punchy potency of her poetry. Her essays are a joy to read, often funny and always insightful, trenchant and thought-provoking. She also lays aside her comic instincts at times as in 'The Long Tired Memory', her measured and thoughtful reading of Catherine Corless’s exposure of the Tuam babies story.

'There is a nurses’ strike and it is being spun as if they are the bad guys. Anyone who has been in hospital knows how much work nurses do and it isn’t always the nicest of jobs – I know I wouldn’t be a nurse'

“That wasn’t a piece you would be joking about,” Rita Ann notes. “I was lucky to have met Catherine Corless and I remember her saying to me ‘I am killed with headaches’ and I introduced that into the piece where I say she is no saint because she gets migraines. The whole thing about Tuam went off the Richter scale in terms of the incredulity of it. We have heard it all regarding the Church and yet we then heard about two boys finding a tank containing the remains of babies. It was beyond belief but you trusted Catherine Corless because she was so dignified. When she said something, you knew from what she said, that she was meticulous in her research, and you could believe it.” 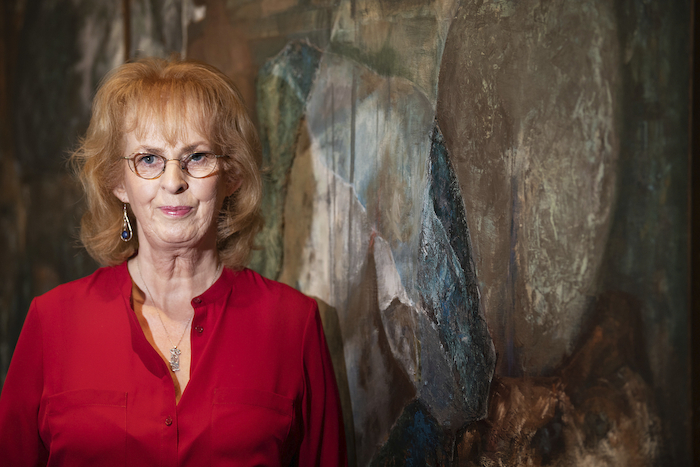 Several of the pieces in the book, both essays and poems reference the crisis in our health care system where patients are left on trolleys or access to medical care is denied or delayed. “I couldn’t ignore it,” Rita Ann asserts. “I had been tuning in when the Minister of Health was supposed to be coming to Galway and then he cancelled, and then he was coming again and when he did finally get here it was just a promo thing.

"It didn’t do anything to assuage my worries that he was not going to do much about the situation in Galway and nothing really has changed up to now. Look where we are; there is a nurses’ strike and it is being spun as if they are the bad guys. Anyone who has been in hospital knows how much work nurses do and it isn’t always the nicest of jobs – I know I wouldn’t be a nurse.” 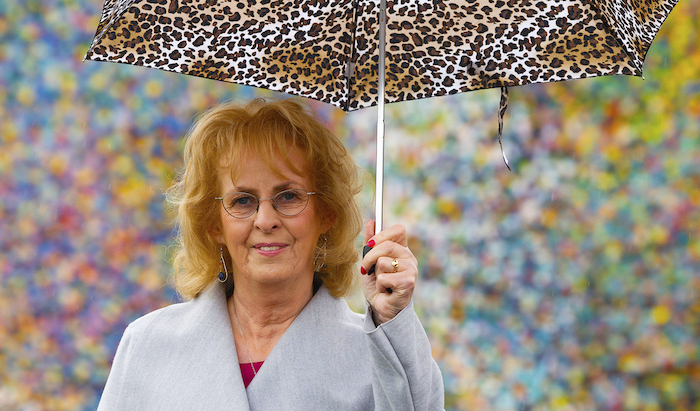 While she can be a candid critic of her hometown Rita Ann professes that she still loves it: “I love lots about Galway. When I am coming back to Galway on the Dublin road I love the landscape surrounding it. I love Galway and that I am firmly rooted here; I’d have no desire to abandon it.”

Several of the book’s essays touch on Rita Ann’s interest in the Bible and the notion of her attending Bible study classes; I ask has she followed that up since writing the pieces. “I haven’t,” she confesses. “I think with that I might need someone to go with me. I am walking tomorrow in the bog with a friend of mine and the Bible study might be something I’d like to do with someone to go with and have some discussion. I haven’t followed it up but is not a major regret, at the same time I do find the Bible so interesting.”

Our Killer City will be launched by poet Elaine Feeney in Charlie Byrne's Bookshop Middle Street Galway on Friday February 15 at 6.30pm. All are welcome.