Fans of the gripping Netflix courtroom documentary, The Staircase, are in for a treat when defence attorney David Rudolf comes to the Town Hall Theatre this month to discuss the case and issues arising from it.

The series focuses on the trial of novelist Michael Peterson for the suspected murder of his wife, Kathleen, at their home in Durham, North Carolina. First screened in 2004, and ending with Peterson’s conviction, further episodes were filmed after he was granted a retrial and the complete series was shown earlier this year on Netflix. Ahead of his Galway visit, David Rudolf spoke with me about the series and its impact.

A New Yorker, Rudolf has been a practising lawyer for more than 40 years with an abiding passion for fighting for the individual against the power of government. Before talking about The Staircase, I asked David for his thoughts on the current state of the American justice system which has been embroiled in controversy lately over issues like Brett Kavanaugh’s appointment to the Supreme Court and the anti-immigrant policies of Donald Trump.

'I am not sure President Trump either understands the rule of law, cares about it, or thinks it is valuable, and that is really worrisome, particularly given the Republican Party and the people who are in Congress seem unwilling to push back against that.'

“I worry greatly about it to be honest,” he declares. “There are certain pivot points in history that determine where the next phase goes and I think we are at a pivot point in the United States right now. The rule of law is very much under attack and there are many instances of abuse of power. It’s not as though we haven’t had this before; we had it during the 1950s with McCarthy and the so-called ‘Red Scare’. We had it during the 1960s and 1970s with Vietnam and Nixon. We had a relatively calm period from 1975 up to recently which maybe lulled us into a sense of complacency about the fragility of democracy and the rule of law, because it can disappear a little bit at a time, slowly, or it can also disappear quickly. So I worry about where we’re headed.”

While there are parallels between Trump and Nixon, Rudolf points out key differences. “Back then, norms were still being respected," he says. "Congress was still doings its job relatively speaking and, with all of his faults, Nixon never quite abandoned the idea that we were a country of laws. He might have sought to bend or evade those laws but at least there was a recognition that they existed. I am not sure our current president either understands the rule of law, cares about it, or thinks it is valuable, and that is really worrisome, particularly given the fact the Republican Party and the people who are in Congress seem unwilling to push back against that.” 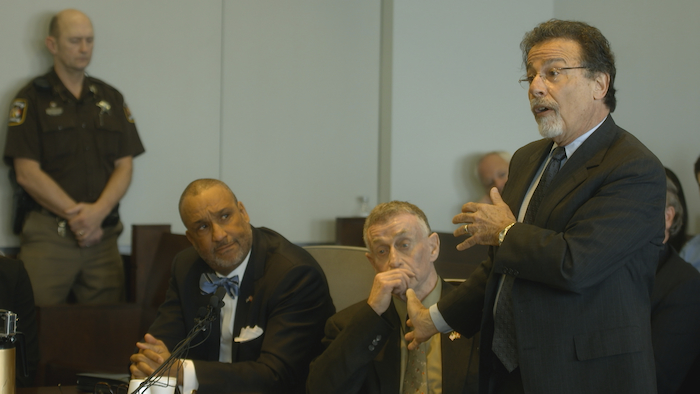 What are the roots of Rudolf’s own passion for justice? “I’ve had occasion to reflect on this recently because of questions like that,” he states. “I was never religious but the fact I am Jewish and have been exposed all my life to the values – not the religious beliefs but the values - of the Jewish faith has had an impact on me for better or worse. I reject the label of ‘chosen people’, I think it is unfortunate but in terms of the values Judaism teaches regarding caring for people who are less fortunate, empathy for other people, the value of freedom, there is always a questioning of authority.

"You may have some passage from the Talmud and six different rabbis will have six different interpretations and will argue with each other about which one is right. That is the sort of mindset that I grew up being exposed to. It is very anti-authoritarian, it questions those who are in power and empathises with those who don’t have what they need or should have. I’m not sure I ever really understood that in any conscious way until recently when I started thinking about the roots of how I developed.”

Moving on to The Staircase, Rudolf reveals how the series got off the ground. “They approached us because they had finished another documentary, Murder on a Sunday Morning, which won an Oscar," says Rudolf. "They wanted to do a second on the American system of justice so they approached us. I was very wary at the time; I never allow my clients to speak to the media before a trial so that was something I had never done before. They wanted to film, not just my client speaking to them, but to film me talking with my client and the preparations I was doing. That obviously implicated attorney/client privilege issues so I was very wary of that.”

While Rudolf was wary, his client, Michael Peterson, was more receptive to the idea of being filmed. “Michael was interested in having the film made," he says, "because he had written a series of very negative, sarcastic, articles, about the Durham police and prosecutors and city government. He felt, rightly or wrongly, that they were going to be out to get him and would do whatever they could to convict him. So he felt the presence of this documentary crew, who had won an Academy Award, would keep the powers in Durham more honest than they might otherwise be, so that was his motivation. For me, once I was able to establish the ground rules that protected the attorney/client privilege then I felt free to do it.”

Once the film crew were granted access, Rudolf quickly adapted to their presence without worrying about how they might be spinning the story; “I wasn’t much concerned with the film-makers’ narrative. From my perspective if their film worked that was great for them and if it didn’t that was their problem. I wasn’t invested emotionally or otherwise in its success. As long as they were respectful and allowed me to do what I needed to do and how I wanted to do it that was fine with me. After a few days they became like the furniture in the room and I was very much focused on what I was doing not on what they were doing.”

Peterson’s trial had plenty of twists, turns and conundrums – which Rudolf will tease out in his Town Hall talk. After his conviction, Peterson’s initial requests for a retrial were rejected. Following fresh evidence, a new motion brought by Rudolf, acting pro bono, in 2010, saw Peterson released from prison and granted a new trial. That was due to start in May 2017 but in February Peterson submitted an Alford plea to the lesser charge of manslaughter. This is a plea where the defendant asserts his innocence while acknowledging the prosecution has a strong case. Following his plea submission Peterson was sentenced to time already served and permitted to walk free.

'I’ve had a chance to talk with thousands of people and that’s really important. I can help people understand the problems in the system and what they can do to help address those problems'

Rudolf shares his own experience of viewing The Staircase; “I watched it in 2004 when it first came out and it was just eight episodes that ended with the guilty verdict. Watching it at that point was a depressing experience for me; I felt I could never watch it again. Once we got the new trial and then finally resolved the case, I could watch the last five episodes and I went back and re-watched the entire series. That was a very different experience for me because I knew as I was watching those first eight episodes how it was going to ultimately turn out and that allowed me to take a more objective view, and to appreciate the struggle and the burdens that I had to overcome during the trial so, in a strange way, it was affirming to watch myself keep fighting this fight.” 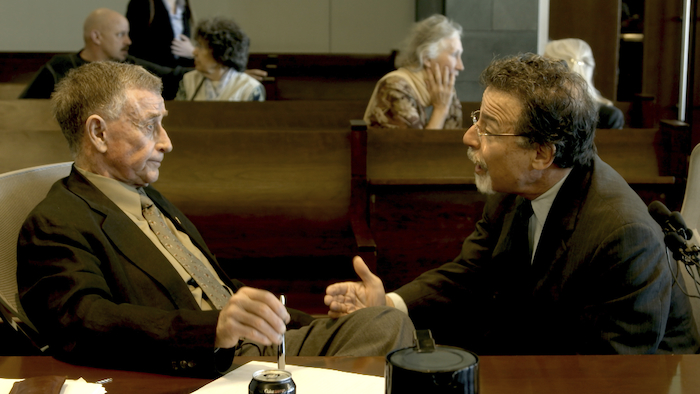 Since The Staircase aired, Rudolf has travelled widely both in the US and internationally discussing the case and the programme. “The Staircase has given me a great platform to go and talk about the issues that I have cared about for decades,” he admits. “I’ve had a chance to talk with thousands of people and that’s really important to the extent that I can help people understand the problems in the system and what normal people can do to help address those problems. That’s an audience I never could have reached before so that is the primary change in my life from the series.”

Inside the Staircase with David Rudolf is presented by the Róisín Dubh and takes place in the Town Hall Theatre on Tuesday November 27 at 8pm. Tickets are available from www.roisindubh.net; the Ticket Desk at [email protected], Shop Street; and The Róisín Dubh.