Page has recorded 22 albums and his songs have been covered by Christy Moore, Dick Gaughan, The Doobie Brothers, and others. He was born in California in 1949 and grew up in the heyday of the San Francisco Bay Area in the 1960s. The political and social awareness of those times has imbued his music ever since which is full of passion, lyrical sharpness, wit and melody. Ahead of his Galway gig, Jim spoke with me about his long and eventful career, beginning with his memories of those formative 1960’s days in California.

“There were a lot of political issues there at the time and they were heating up," he says. "There was civil rights and the Vietnam War - and we were all expecting to be drafted or to be enlisting out of high school. The political part of my music came in when I went to my first coffee house in 1966 and I discovered this whole scene. People sang songs about life in a way that nobody had ever talked about in school; it had poetry and simplicity and an undercurrent that said it’s OK if your life is a mess or you’re a dysfunctional teenager or you’re afraid; we all are.

'When you go on the street and sing you are like the town crier, telling people what is going on in City Hall. So I am at risk of being arrested for being town crier'

“It was exciting, it was an authentic renaissance. It wasn’t just LSD and electric guitars; it was dance, poetry, drama, novels and film-making. The culture encouraged people to experiment with ideas. It was very exciting and encouraging –and both scary and dangerous too as everyone knows. I learned a lot from it and I don’t think we should turn away from it.”

Having travelled to New York and spent several years playing the clubs of Greenwich Village, in 1971 Jim relocated to Seattle which has been his main base since. “One of the things that has kept me there is the weather,” he admits. “It rains and is cloudy and grey but I actually like rain. It gets cold but not like in Utah where everything is frozen for months at a time. Seattle is beautiful; there is so much green, there are two mountain ranges, two volcanoes, the ocean is just over one of the mountain ranges, there is water and mountains everywhere. It was a nice size too, a city you could hold in your hand.”

In Seattle, Jim is famous for having helped revoke the laws that prevented buskers perform on the streets – an issue that has also been to the fore in Galway in recent times. “I jumped in and what happens when you jump in is that people hear you,” Jim recalls. “When I got to Seattle there was only one coffeehouse we could play in, called DMZ, then it closed so there was nowhere to play and, me being 21, I was not going to be denied so I decided I could play everywhere – the bus station, the street corner, the pizza parlour. If I was playing on the street and passing the hat I had to grab people’s attention and make them want to donate into the hat, so I learned how to reach out and sing songs people responded to, you have to play well and entertain, but also do songs that people can see themselves in."

“One day in 1974 I was downtown; this policeman comes up and asks ‘Have you a permit?’ and I said ‘No’ and he said ‘Next time I come by I am gonna give you a ticket’,” Jim continues, describing his fateful joust with civic authority. “I said ‘I’ll get a permit’ and he replied ‘You can’t get one because you’re not blind’ and he drove off. I didn’t know what he meant. I went down to City Hall and, sure enough, there was an old law on the books saying it was illegal to play music on the streets for tips unless you were blind or disabled. I eventually found a councilman who took me on and got help in newspapers.

"For me as a busker then, everything in 1974 was coming to a head in like Watergate and the war and all this secrecy. When you go on the street and sing you are like the town crier, you are telling people what is going on in City Hall. So I am at risk of being arrested for being town crier but the town crier needs his wages like anyone else and he depends on them for the people he sings. 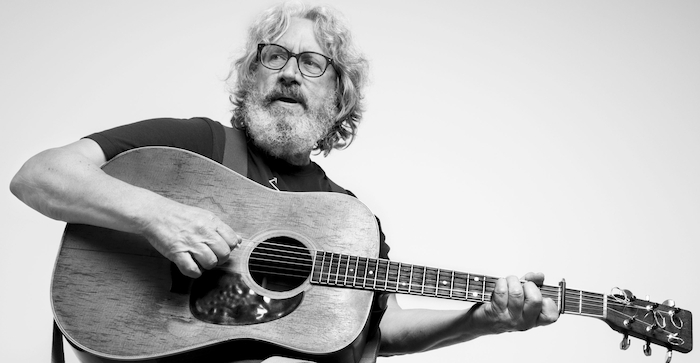 “My case came to a public meeting before city council where we broached the idea of overturning that old law,” Jim continues. “I wrote a song for the meeting called 'Now Is the Time for Talking' all about the secrecy of Watergate and how we need to allow people to talk. There was an open meeting and the place was packed because I had put flyers out everywhere that I used to play around town. Everyone supported us except for one person from one institution and that was the Musicians Union, who somehow reckoned if they allowed street singers to play for tips it would take money out of the pockets of symphony players. Everyone in the room groaned at the time but the motion was unanimously passed and thereafter everyone was free to play on the streets and today Seattle is a Mecca for street performers of all kinds.”

In Seattle Jim became good friends with two well-known Galway performers, Niceol Blue and Orla McGovern. “Niceol and myself started a Buskers Guild in 2001 and a Buskers Festival emerged from that which the buskers organised entirely themselves,” he recalls.

Irish audiences will be familiar with Christy Moore’s version of Jim’s song ‘Hiroshima, Nagasaki, Russian Roulette’, he relates how that hit cover came about; “I was here when it happened actually . I first came to Ireland in 1979 when I played the Ballisodare Festival and the line up was scary for me as a support act; Clannad, De Danaan, The Bothy Band, Paul Brady. I was thinking ‘God, here I am from San Jose with just a big nose and glasses, they will laugh me off the stage!’ I figured I had to be smart and I’d heard there was a strong anti-nuclear movement in Ireland I had that song and played it at the end of my set and got an encore. 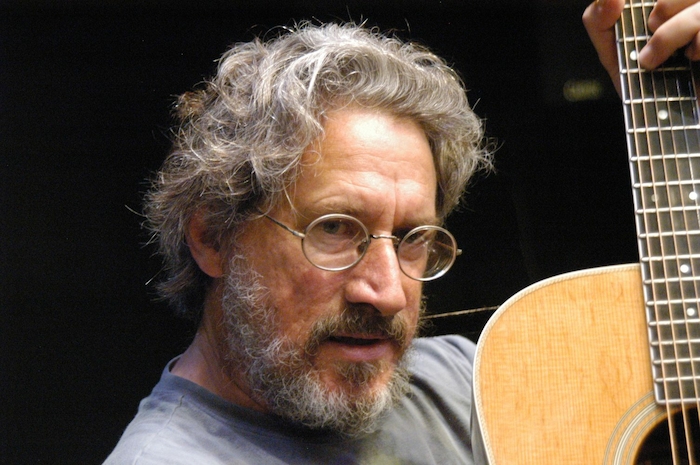 "Afterwards Christy approached me and he said ‘I want to sing that song’ so I wrote the words out for him and when I came back to Ireland a year or so after he’d put it together with Moving Hearts and they turned it into something I did not even know was in it, I had to stand back with my mouth open thinking ‘I can’t sing this anymore, it is somebody else’s song now’. It was amazing. That version opened a lot of doors for me.”