THESE NEXT three months are going to be a busy time for guitar wielding comedian Fred Cooke as he takes his Fred Space tour across the nation, with Galway being a point of departure and return.

Fred begins his tour in Galway, playing the Town Hall Theatre next week. He returns at the end of the month for the Clifden Arts Festival, while October sees him performs at the Vodafone Comedy Carnival. Perhaps this is appropriate, as Galway has been the setting for some important moments in his life - both personal and professional.

“I saw Radiohead play Castlegar the year before my Leaving Cert, that was a massive thing for me, so I’ve always associated Galway with coming of age,” Fred tells me during our Thursday morning interview. “Galway is also where I played my first paid gig. Gerry Mallon gave me my first paid gig, he was always very good to me. I remember that night being in the hotel room, I was so nervous and excited. I remember looking out the window and seeing a group of lap dancers smoking, and thinking ‘I’ve made it!’ and then I went off to Supermac's because I couldn’t sleep, but that was a pivotal moment.” 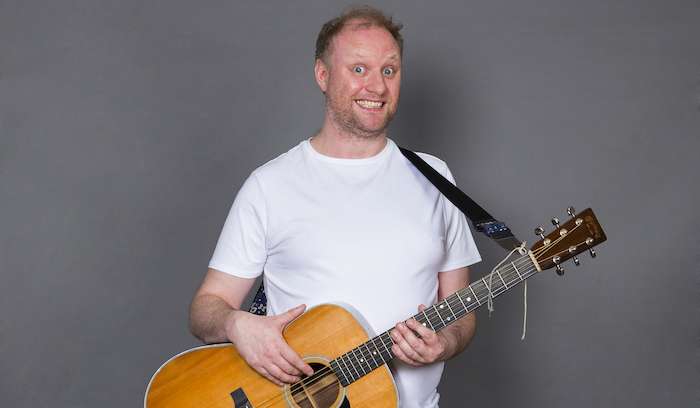 Fred also lived in the city for a year. “I never felt stressed in Galway, I don’t know why,” he says. “I always felt, walking down Shop Street, that I was on holiday. You’d go into a café and have a cup of coffee and you’d feel like you were on holiday. Whenever I’m in Dublin or London and talking to other comedians the talk is always about gigs and agents. In Galway, it’s about ‘Wasn’t that cup of coffee really nice?’ Galway is so relaxed. It’s incredible, it has the arts festival and the City of Culture, and such great achievements, but for all its success it manages to very relaxed. I don’t know how you do it.”

While Fred has been a well known fixture on the Irish comedy circuit for a number of years, his popularity and profile exploded once he appeared on RTÉ’s Dancing With The Stars earlier this year, where he became - despite, or because of, the chagrin of the judges - the people’s champion.

“The public were very good to me, I mean I was the Boris Johnson of the competition,” he says. “The people voted me in even though they knew it wasn’t working. I basically got to the semi-final because of democracy. I couldn’t believe it! It seemed the more the judges railed against me, the more the public backed me. I felt like a Lada in a room full of Mercs.”

The experience of being on Dancing With The Stars, and the public and social media reaction, has inspired Fred Space, but the show also draws on issues of mental health and childhood memories.

“It deals with being in China for a period, with me trying to find head space,” Fred says. “I went to these meditation classes and the lady who ran them went around saying to us, ‘Empty heads, empty your heads!’ Only three minutes in, she said to me, ‘Oh you’re really good at this. There’s nothing going on in your head. You’re amazing!’ There’s a few ways that could be taken!

'I lived in an estate in Kells and realised I could get attention if I hung out of a window, as people would look up at me. I just wanted a lot of attention'

“The show also looks at the freedom people my age - I’m 38 - had when they were kids, that kids today just don’t have. Growing up in the 1980s before Facebook, Twitter, and Instagram, we had boredom, we’d nothing to do, but we did have a lot of freedom. We could play on the streets around the estate. That’s just something you don’t see now. I remember gong into fellas houses and watching television. I didn’t know who anyone was there, but nobody batted an eyelid. Later on somebody would phone and mum would collect me, but it was more of a community then, everybody knew everyone else.”

Yet it was such childhood freedoms that allowed Fred to play his first gigs - out of his bedroom window. “I lived in an estate in Kells and I realised I could get attention if I hung out of a window, as people would look up at me,” says Fred. “It’s often thought comedians were the class clown, but it wasn’t that for me. I just wanted a lot of attention. I’d be singing songs and people would stop and look up. My mates would all be outside and I’d say, ‘I’m doing a gig in two minutes, stay there!’ and I’d go the window and start singing.”

'I’ve been on the circuit now for 10 years and it’s been great, but now I have become my own person'

Over the last 10 years Fred has paid his comedy dues, gigging the length and breath of the country, playing support slots, and mixed bills, and contributing to Republic of Telly, The Savage Eye, and The Modest Adventures of David O’Doherty, and working with Tommy Tiernan, on tour and on The Tommy Tiernan Show.

“Tommy has been great,” says Fred. “I learned so much about stand up from him because when you’re with him you are in the presence of a master. I felt like I was the Karate Kid! I learned a lot also from helping him paint his house in Barna. He lets me get involved. If you tell a person to do something, they might do it. If you show a person how to do something, they might learn from it, but if you get them involved they’ll never forget.

“I was on the road with Tommy for two years. It was the most incredible time of my life and when Tommy comes to town it’s always an event. He gave me a lot of stage time, allowing me the time to hone my material and my comedy. Even on The Tommy Tiernan Show, he never told me what to say, he might make suggestions, but he’d always give me freedom.”

And there has been the experience of being regularly roasted by fellow comedian Karl Spain - an inspired spot of banter between Fred and Karl which has become a feature of the Vodafone Comedy Carnival.

“It’s become a thing now. I can’t roast Karl, he’s too quick, too good,” laughs Fred. “It’s like Dublin versus Roscommon in the football. No offence to Roscommon but they’re just not as good. I don’t mind being roasted as the more Karl roasts me the more the audience is on my side. One of my favourite ones of Karl’s is, ‘There are two words you should never say in comedy. One begins with F and the other with C. Ladies and gentlemen, Fred Cooke!’ It’s genius. I’m really looking forward to doing those late night shows that Karl hosts at the carnival.” 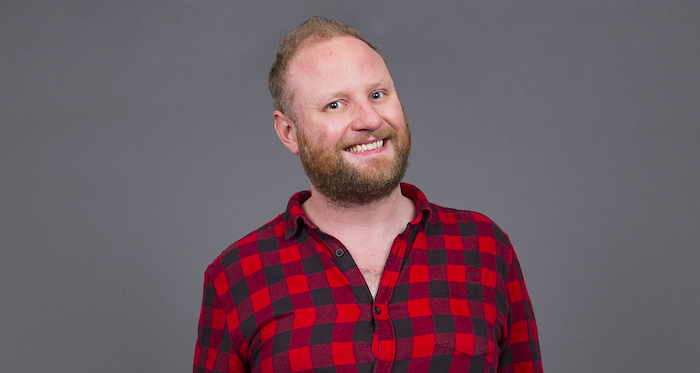 That graft and experience culminated in Fred’s winning Irish Comedian of the Year 2018 from Tatler magazine and his headlining Fred Space tour. He is aware it is his moment and he is determined not to let it slip.

“I can’t wait to do this tour,” he says. “It’s a whole new thing for me. All I’ve wanted to do is tell jokes to as many people as I can. I’ve been on the circuit now for 10 years and it’s been great, but now I have become my own person. It’s great to be playing the Town Hall. I’ve seen Dermot and Dave there, Ardal O’Hanlon there. One of the best comedy shows I’ve ever seen was Tommy Tiernan at the Town Hall, so it’s a real honour to be performing my own show there.”