Having endured a succession of negative news stories, Galway 2020 had a welcome good news day last week with the announcement that the project’s creative director role was being taken on by leading creative company, Artichoke, under the leadership its CEO and artistic director, Helen Marriage.

Helen Marriage and Artichoke have been at the forefront of the arts and culture industry for many years and have masterminded some of Britain's largest and unique cultural events, spectacles, and arts performances. The company’s most recent project was Processions, a mass participation piece that brought tens of thousands of women on to the streets of Belfast, Cardiff, Edinburgh, and London, in June 2018, to celebrate 100 years of votes for women.

Previous major projects include Royal de Luxe’s The Sultan’s Elephant (London, 2006 ); La Machine’s 50-feet high mechanical spider for Liverpool’s Capital of Culture celebrations (2008 ); Antony Gormley’s One & Other commission for the Fourth Plinth in Trafalgar Square (2009 ). Artichoke also creates and produces Lumiere, the UK’s largest light festival, which has been staged in Durham every two years since 2009; part of the celebrations for City of Culture 2013, and in London 2016 and 2018.

Before founding Artichoke with Nicky Webb in 2005, Helen Marriage had spent seven successful years as director of the Salisbury Festival, and was previously director of arts and events at Canary Wharf. In 2016, she was awarded an MBE for services to the arts.

Marriage will personally focus on the creative direction of 2020 while her Artichoke colleague Sarah Coop will oversee fundraising. She sat down with me to talk about her and Artichoke’s work to date, and her hopes on taking the reins of Galway 2020, beginning with a description of her company’s work and what sets it apart. 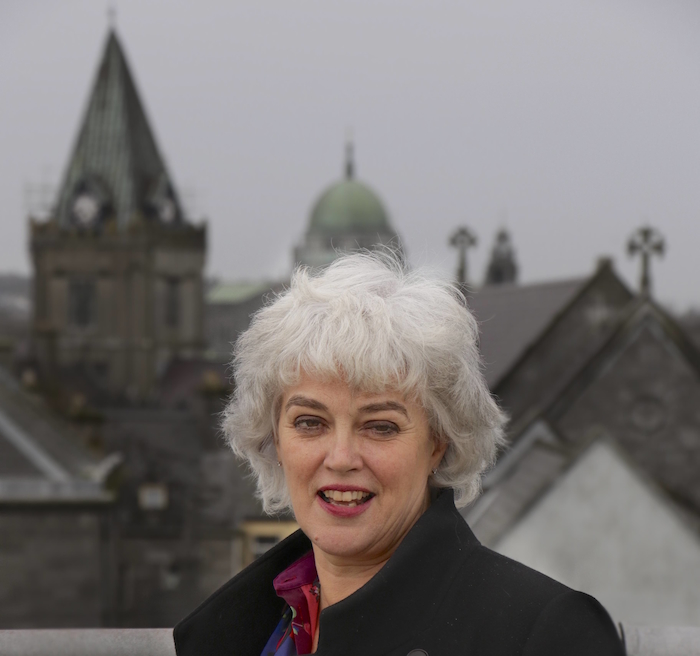 “Everything we do is free to the public and we do it on a scale that not many other people attempt unless they are doing an arena-based commercial event," she says. "Our work always has artists absolutely at the centre of what we do and we make it very accessible; there are no financial barriers to attendance and we tend to get audiences in the region of 200,000 and upwards. The biggest audience we’ve had is 1.5 million.

"Often when we are working in a city we have to disrupt the routines of that city in order to accommodate those huge numbers of people, so we work very closely in partnership with city planning authorities and others so that the city effectively becomes a venue and the events take place in streets which are normally dedicated to traffic but suddenly become dedicated to humans.”

“The very first thing that we did was enormous; it was almost the biggest thing we have ever done. Most companies start small and then build their expertise and scale. We started with an event with the wonderful French company Royal De Luxe. We worked for seven years getting all the permissions needed to make it happen. It was an event that lasted four days and took place in 2006 in central London and we closed all the district’s streets over that period to turn those buildings and that arena into a stage for this fairy story that was told by the French theatre makers who created these enormous puppets including a giant elephant.

'One of the things we in Artichoke try to do well is to communicate. We are often working in partnership with lots of different people; artists obviously are at the centre of what we’re doing and then all the other institutions and individuals'

"Logistically and technically it was very complicated but it really worked for the public; we had about a million people on the street over the four days. As a result of that one event and its success we got asked by the English Arts Council if we could continue to make work of that sort of scale and that is what we’ve done ever since. We didn’t exactly know what we were doing when we did that show, but we learned from doing it and that has informed all the work that we have done since. Each one of our projects is different but they all have that central idea of being free to the public, disruptive of normal daily life, and putting art and culture into the heart of a city’s activities. That’s what we love to do.” 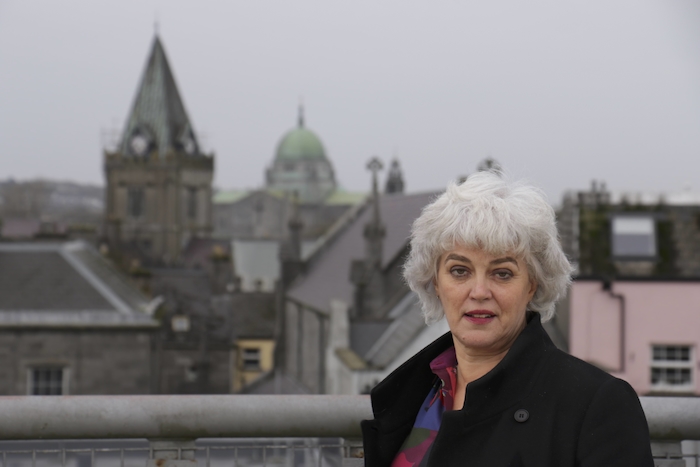 I ask what attracted her to get on board the 2020 bus and take the wheel. “It’s obviously such a great project," she says. "It has got an amazing basis in the cultural community here in Galway, and the people who put the bid book together and won it for the city are obviously a really strong community. I think working in that sort of context for us is very exciting. When the Galway 2020 organisation approached us to say might we be interested we didn’t hesitate.”

“There is a strong programme that has already been put together and our role here is to shape that in part and to programme other things that are complementary to it so that the whole vision for the city as envisaged in that early bid book can be realised,” Marriage asserts, as she outlines Artichoke’s role in the 2020 venture. “There’s the European context of Galway, sitting as it does on the west coast of Europe, and that is fertile ground for creating a programme that really speaks to both the local community as well as the national and international community.

"One of the things we try to do at Artichoke is try to integrate as much as possible an approach where artists are creating work that really communicates with people who perhaps aren’t normal arts attenders. So people who might not ever think of going to a gallery or buying a ticket for the theatre discover things that they are really interested in, and I think the basis for that exists in the programme and we can do something to enhance all of that as well.”

It is no secret that there has been frustration among those involved in Galway’s cultural sector with the quality of dialogue and communication emanating from the 2020 organisation up to now, but Marriage hopes to redress that. “That’s not a secret no,” she admits with a warm laugh. “I really hope we can have a bearing on that issue. One of the things we in Artichoke try to do well is to communicate. We are often working in partnership with lots of different people; artists obviously are at the centre of what we’re doing and then all the other institutions and individuals.

"Because our work is free and outdoors we are never in control of our own venue. If you are doing something in the middle of a town you have to necessarily communicate with as many people as possible who have an interest in that area, whether that’s the council, or transport planners, or civil contingency people, or a cathedral or university. We’re always knitting together these complicated partnerships. I think that is something we have become quite good at and it is certainly something in terms of communication that I would love to bring to this project.”

Nor was Marriage at all deterred by Galway 2020’s haemorrhaging of key personnel over the past year. “Often these Capital of Culture programmes – we run the UK one - have these kinds of teething troubles,” she points out. “It is a very complicated thing. A city aspires to do something and there is all the excitement of winning it and then you have to deliver it and that often be a very complicated thing so it didn’t deter me. You’d be foolish not to notice that has gone on, obviously but it didn’t ever make me think that we couldn’t contribute something really positive to the whole project.” 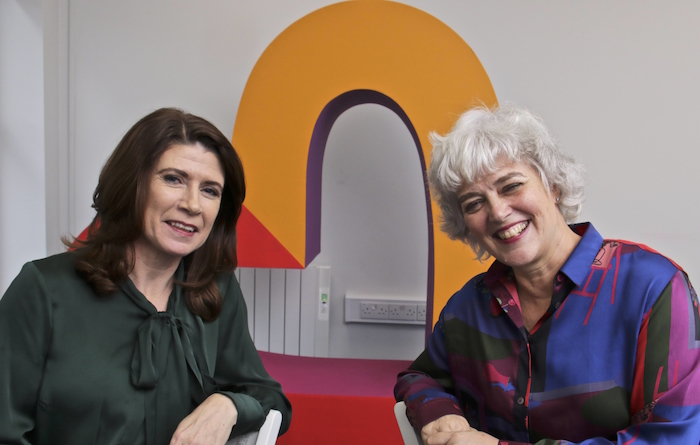 Marriage concludes our breeze-shooting session by touching on the sponsorship aspect of Galway 2020; “Not much has been done to date in terms of fundraising outside the statutory authorities, and one of our jobs here is not only to help shape the artistic programme but also to raise the funds to add extra strands in the programme. So we are really interested in talking with people who want to partner with the organisation so they can help us create an even better programme than is currently on the table.”

Marriage certainly comes across as well suited to take the 2020 helm and get that storm-tossed ship back on course. We wish her well and look forward keenly to her, and Artichoke’s, input to the voyage ahead.