Most people are content to get by with one trade or profession, but Tom Cuffe’s CV has a whole medley of colourful and intriguing jobs including photographing birds, devising his own pieces of modular origami, and exploring family history.

Stints at hotel portering and in the architecture business also adorn his track record and, as a Heritage Council teacher, he has delighted countless primary schoolchildren through imparting his knowledge of wildlife and skills in paper shape-making. From Westmeath, Tom first came to Galway in 1981. “I came here for a 21st birthday party. After it I went home, packed my bags and came straight back again,” he recalls with a smile over an amiable afternoon chat. 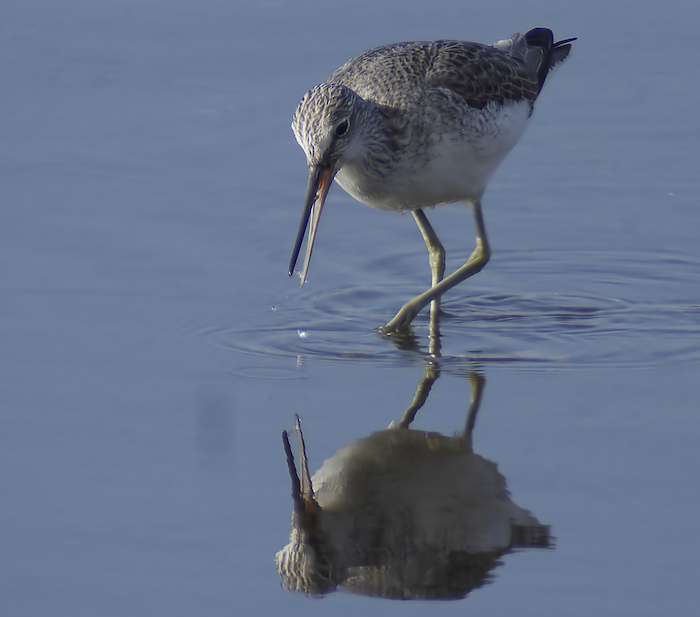 “I then got a job in the Imperial Hotel as a porter. I also qualified that year as an architectural design technician and got a contract with Joe Curley, an engineer based in Waterside. He was looking for someone for three days a week at which stage I was head porter at the Imperial. I worked three days for Joe and the other four days at the hotel and I worked seven-day weeks for 10 months. Then Joe offered me a full time position so I quit the hotel.”

I ask where his interest in birds and photography started. “That started in London where we lived when I was a kid,” he replies. “My first badge as a cub scout was for bird-watching and my second one was photography. My father bought me a camera when I was nine which was unusual for someone my age. When I got into my teenage years it didn’t seem cool so I stopped. 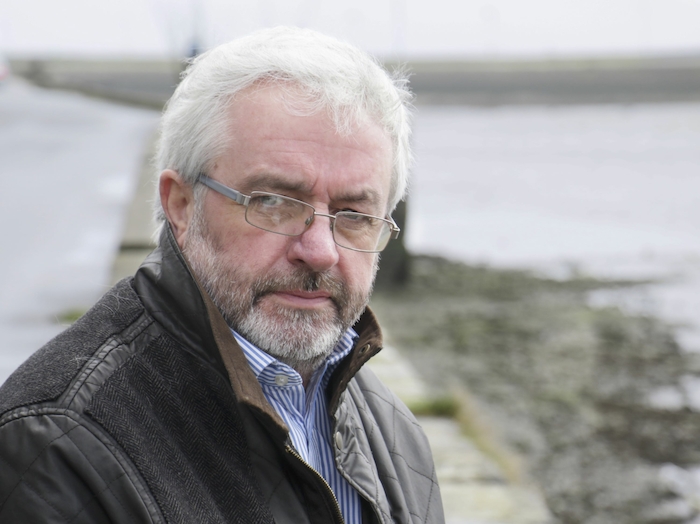 "It really took off again seriously in 2000 after my younger brother had passed away. I stepped back from all my other commitments – I was on seven different committees at the time. I packed the lot in, picked up a camera again, put on the binoculars and got back into it in earnest. Nimmo’s Pier is one of life’s little treasures; you can see 120 different species of bird from there and its environs. For me it is all about getting the photograph. I supply a lot of photographs to local authorities in Galway for things like information boards.”

Tom’s wife Mary worked for 30 years at the Galleon Restaurant in Salthill and the couple have two children; Sandra, who is a graphic artist in Dublin, and Stephen, an HSE paramedic in Galway. It was while researching his family history that Tom’s interest in genealogy was triggered, which also led to the discovery of long lost cousins an ocean away. 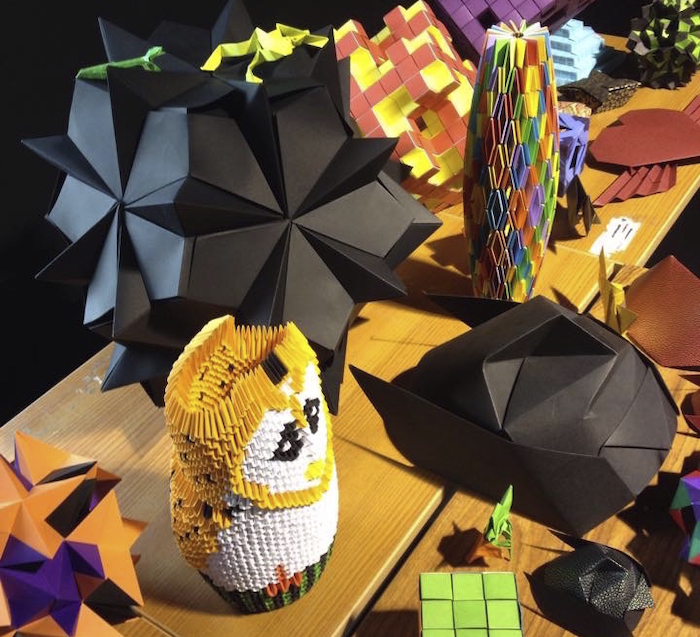 “In 1990 I started researching my own family and I was interviewing my grandmother about them when she began crying. I thought I’d upset her but it was because she suddenly recalled that when my grandfather died she had burned all his papers and now she realised all the history that had gone with them. However there were two letters belonging to him that she still had and they had both been sent from Argentina, one in 1911 and the other in 1917. They were from cousins who I’d known nothing about.

"She gave me the letters and there was an address in Buenos Aires on them so I rang the Argentine directory enquiries and asked had they any listings for Cuffe and there was one. They put me through and the person who answered the call was also named Tom Cuffe. I had barely any Spanish, luckily he had some English and I told him about the letter and he said that it was from his grandfather.

"After that I began studying genealogy seriously and then began giving talks on it and I was one of the group who set up the Western Family History Association. My son got me a DNA kit last year and it gives you possible matches as cousins and I found another third cousin from that list and she had more family stories that I didn’t know. I was also able to connect her with the Argentine cousins.”

The Irish economic crash of a decade ago saw Tom losing his job, but then finding a new career with the Heritage Council. “I lost my architecture job in 2009 and that was a hell of a blow; I’d been working for the same company for 22 years. It was a big change. From then until May 2010 I wasn’t sure what to do so I remodelled the garden and started growing vegetables. 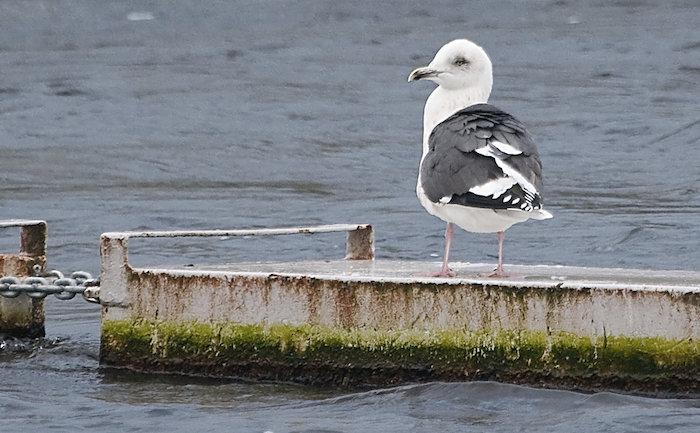 "Then someone said to me that The Heritage Council was looking for people who specialised in wildlife and knew about Irish heritage. I applied, and did the training and learned the ropes of how to present yourself to the children and teach them about birdlife. I did that fulltime for two years. The Government have cut Heritage Council funding by 75 per cent so my hours were cut by same amount.”

Tom found that the chilidren loved his classes; “The response from the kids was unreal though after teaching for five hours I used to come home and sit in the armchair and fall fast asleep!” he recalls wryly. “It was utter exhaustion. I have an appreciation now for teachers that I never had before. A cousin of mine is a teacher and I used to slag her about it, how the school day finished early and she had three months holiday and all that, but I don’t slag her now.” 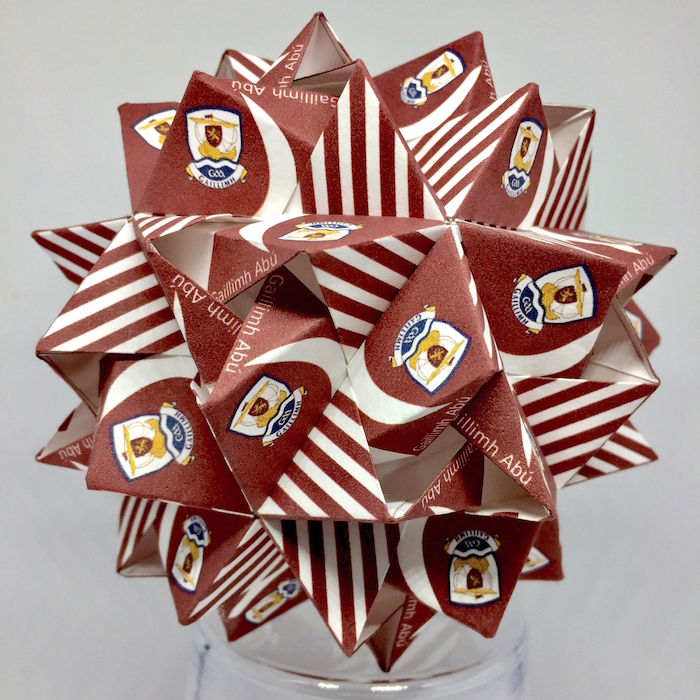 A chance rainy day triggered Tom’s next colourful CV addition. “One day I couldn’t go bird-watching with the kids so I made a bird out of a sheet of paper. It was all I could make at that time, but I was struck by the look on the children’s faces when they realised they could make this thing out of a square piece of paper. That made me think that this was something else I could explore so I started doing research into origami. It combines science and maths and geometry and trigonometry.

"After a while I was designing my own origami shapes. It’s addictive but it is mindfulness as well. Modular origami is what I love doing which is quite repetitive –my wife calls it my knitting –and I find it relaxes me and empties the head. An evening with a piece of paper, a glass of wine and an open fire and I’m happy out.”

Gannets at Silver Strand Galway. from Tom Cuffe on Vimeo.

Birds remain Tom’s first passion and one of his ornithological highlights was in 2014 when he saw and photographed, in Galway, a slatey-backed gull, a bird from Japan. It was the first time one had been seen in Ireland. On a more sombre note, from his years of bird-watching he has witnessed the deeply worrying effects of climate change on local populations.

“Bird numbers are definitely down, they have crashed,” he observes. “I used to get a flock of greenfinch in my back garden, about 15 or 20 but these days I don’t see even one. It used to be a common garden bird. The curlew is another example, it’s reckoned there are now only 300 breeding pairs in Ireland and there used to be thousands. And that’s down to climate change. Climate has always changed but we need to put measures into place that stop us totally messing it up. Insect populations are collapsing due to farming practices where insecticides are being sprayed without due care. Geophosphates have been banned in several European countries and should be banned here as well.”