ALEX JENNINGS, recently seen in the hit Netflix series The Crown, playing the role of the abdicating King Edward VIII, is coming to Galway to take part in a Music for Galway event marking the 100th Anniversary of the death of the innovative French composer Claude Debussy.

Rêverie – The life and loves of Claude Debussy, at the Emily Anderson Concert Hall, NUI Galway, on Wednesday November 7 at 8pm, will feature British concert pianist Lucy Parham performing the great man's music, while Alex Jennings will read from Debussy's letters and diaries. Sponsored by KPMG, this event blends theatre and concert performance.

Rêverie is the fourth biographical programme of composers’ words and music to be compiled and scripted by Lucy Parham. A crucial element of Debussy’s complex intellectual and emotional world was an entangled love life that brought illicit trysts in Jersey, a brush with a revolver, and even a suicide attempt.

While Alex Jannings is best known for his role in The Crown, this acclaimed British actor Alex Jennings is also an associate actor of the Royal Shakespeare Company and winner of the both the Olivier Award and Evening Standard Drama Award for Best Actor. He is the only person to have won Olivier best actor awards for comedy (Too Clever By Half, 1988 ), drama (Peer Gynt, 1996 ), and a musical (My Fair Lady, 2003 ).

Ahead of Rêverie’s Galway performance Alex spoke with me about the show and his illustrious career. This is his second gig in Ireland in a few months. Last August he performed in Friel Fest in Donegal, taking part in stagings of Faith Healer spread across different village halls in places central to Friel, with the audience travelling by bus along the way. 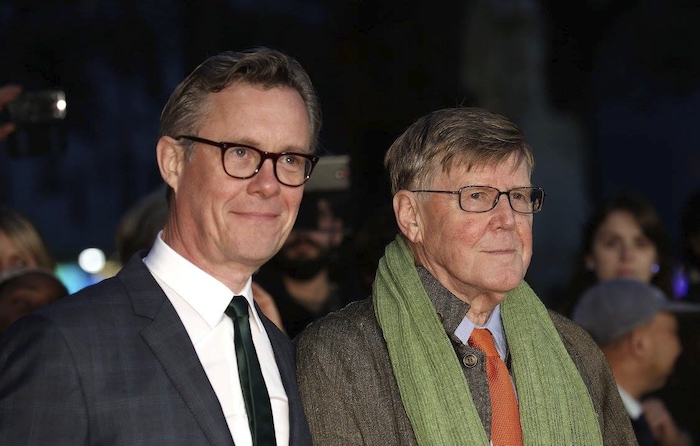 “That was absolutely amazing,” Alex declares. “Faith Healer is a play I love and we did it in little village and church halls around the areas that Brian Friel wrote about. It was longer than Wagner’s Ring Cycle with all the travel, about five and a half hours for the audience, though they got a picnic half way through it. It was wonderful travelling through that lovely countryside.”

While Rêverie will be Alex’s first time to perform in Galway he reveals that a few years ago Druid had asked him to be in their production of The Gigli Concert but he was regrettably unable to accept. He has worked with Lucy Parham on a several presentations showcasing the work of different composers. “We’ve been working together for eight years. The first one I did with Lucy was about Chopin,” he relates. “Lucy does all the hard work and she is a brilliant pianist and puts together wonderful programmes.

"I grew up with my mum’s classical record collection in the house and I learned a lot about it from working on these shows with Lucy. I’ve been fortunate to have worked closely with a lot of musicians and I am in awe of what they do, so it is a real privilege to be onstage with Lucy. She compiles amazing snippets of the composer’s life, like with Debussy we learn what a nightmare he could be. His turbulent relationships with the women in his life were extraordinary.”

Born in Essex, Alex’s beginnings in theatre began when he was in his teens. “I first got involved in drama at school and used to take myself up to London to see the RSC and see actors like Ian McKellen and Judi Dench," he says. "I saw a huge amount of theatre in my teens. It was never in the family though we did go to the theatre and my parents were very supportive when I decided to pursue acting as a career.”

Audiences here may best know Jennings from his compelling portrayal of Edward VIII in The Crown. How did he approach this royal whose story is tainted by his sympathy for the Nazis during the 1930s? “Well, I got obsessed with him and read a huge amount and watched what little footage there is of them and listened to recordings of him speaking,” Alex reveals. “I tried not to judge him in playing him. I think the series was more judgemental of him as a person than I might have been. I think his relations with Nazi Germany were less involved than the series suggests. He was naïve and a bit stupid and was manipulated somewhat by the Nazis. There were a whole generation of people then who were focused on trying to prevent a world war and he was caught up in that.”

Other real life people Alex has played include Prince Charles, George W Bush, King Leopold of Belgium, composer Benjamin Britten, and in three separate productions, playwright Alan Bennett. His trio of Bennett portrayals comprise the short plays Hymn and Cocktail Sticks and the acclaimed film The Lady In The Van. 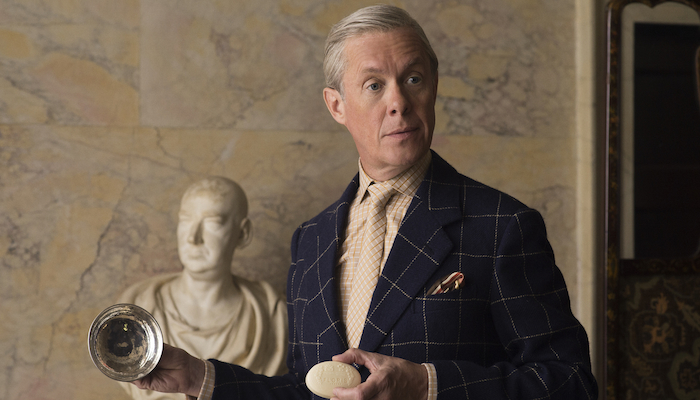 “Alan is a friend and he was a big part of me growing up from seeing his plays and TV work and I have been a huge admirer of him,” Jennings says. “He had written Hymn first and initially performed it himself. Then it was revived and he suggested I perform it, and then he wrote the companion piece, Cocktail Sticks. It was weird doing it for the first time in front of him in rehearsal. The Lady In The Van came out of that because I’d played him onstage and it had gone well. We filmed it in the house where it all happened and it was amazing because the people on the street all remembered her. They were good times making that.”

Jennings has just commenced filming a new BBC drama, Gold Digger, with Julia Ormond. “It’s a noir drama about a family in crisis where a woman, played by Julia, has an affair with a much younger man and I play her husband, it is a very good script,” he discloses. While Gold Digger is something audiences can anticipate seeing on screen next year, Galway concert goers can look forward to seeing Alex Jennings and Lucy Parham combine next week in their compelling presentation of the life and music of Claude Debussy.