THE AWARD-winning Anglo-Indian poet, Daljit Nagra, whose ebullient, sharp-witted poems have made him one of Britain’s most popular and acclaimed poets, reads from his work at the Town Hall Theatre this Saturday, as part of Cúirt.

Nagra's poems relate to the experience of Indians born in the UK, especially Indian Sikhs, and often employ language that imitates the English spoken by Indian immigrants whose first language is Punjabi, which some have termed "Punglish".

Nagra’s Sikh Punjabi parents came to Britain from India in the late 1950s, and he was born in 1966 and grew up in Yiewsley, near London’s Heathrow Airport. In 1982, the family moved to Sheffield where they bought a shop. It was not until Daljit was 19 that he first read a book of poetry – William Blake’s Songs of Innocence and Experience – which inspired him to study English and, tentatively, to begin writing poetry of his own. It was not until he was 30 he began writing in earnest, following the encouragement he received at a workshop by poet Ruth Padel.

In 2007 his debut collection, Look We Have Coming to Dover! was published by Faber, making him only the second living poet of colour – after Derek Walcott - to be published by the firm. The book won that year’s Forward Poetry Prize for best first collection and it was followed in 2012 by Tippoo Sultan's Incredible White-Man Eating Tiger-Toy Machine!!! In 2013 he published his freewheeling version of the Indian epic Ramayana and his most recent volume is British Museum, which came out last year. 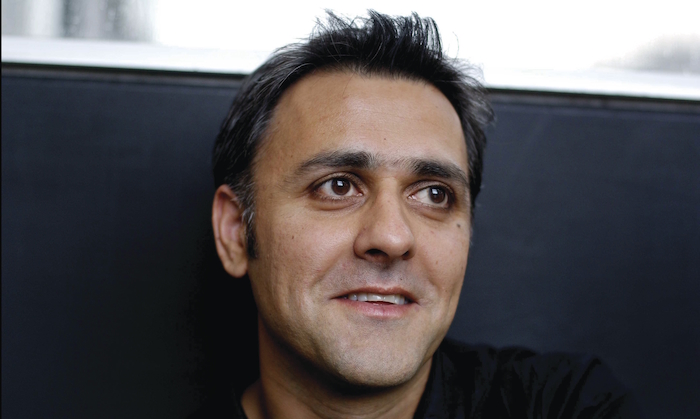 Ahead of his Galway reading Nagra spoke with me about his work and I began by asking whether, when he began reading poetry in earnest, he explored poems from his Indian background as well as those of the English canon. “I started with Blake and the European tradition because I was born in Britain and educated here,” he replies. “But over the years I’ve been reading Indian writers who write in English such as Jeet Thayil or Ranjit Hoskote. I recently did a translation of the Ramayana and I did a lot of research on that Indian epic and read a lot around it. I re-saw it as a global text that exists in theatre form, book form, and street form. It is part of British culture now as well as Indian.”

Does he also have a sense of writing for an Indian readership as well as an English one? “Very much so,” he asserts. “I am mindful of that but I write with half an eye on the white middle class audience who’ll come to a poetry event and buy a book. The poetry comes with this double head so I try to be faithful to the culture and traditions of my Indian background, but also to make sure I write poetry that a western audience can understand and relate to without me compromising too much on the value systems of my Indian community. My parents still have a home in the Punjab. They come from a farming background so I have visited there a few times, and I have been to Punjab and Calcutta to read as a poet and I’ve always had a good reception.”

In his poem ‘Yobbos’, he describes being accosted by racists on the tube while trying to read Paul Muldoon’s Collected Poems and he has also spoken admiringly of Seamus Heaney. It would seem that the work of Irish poets has resonated greatly with him? “Absolutely,” he agrees. “I am a huge fan of Seamus Heaney’s work, he is one of my favourite poets for his gravitas. It’s easy for me to relate to the Irish poets coming from an Indian background where we were both subjects of empire and of colonial tension. So for me to read the Irish poets I could see my own work in that lineage as much as any other. I tried to learn from them how to deal with that situation and how to address the lyric to those complex tensions of the past as a way of finding a vision for the future.”

A regular presenter on BBC Radio 4, in 2011 Daljit did a programme on The Poetry of Aran which saw him visit the islands and the west of Ireland. How did he find that experience? “I was really intrigued by visiting the Gaeltacht and noticing whether people were speaking English or Irish. That reminded me of my own community in England where there could be a tension between whether people chose to speak Punjabi or Hindi or English. I could see many similarities in debates going on in Ireland with the debates in my community. 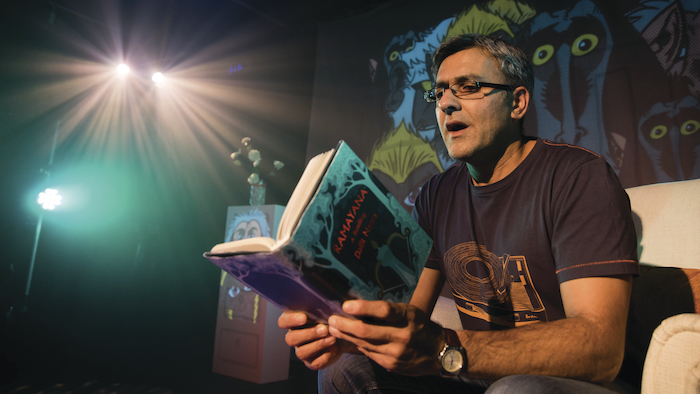 In ‘Ode to Harrow’ Nagra writes, ‘These sepia shades of tall-trees and slant-parks/were home for Romantic Lord Byron, home too/for India's jewel of Independence Jawaharlal Nehru/and we'll fight on the beaches Winston Churchill!’ It concludes ‘May my children and all the children of Vaughan,/all who claim their origins from over the rainbow,/learn to love whatever is kaleidoscopic or contrary/in our youthful Harrow with its arms flying in the air!’ The multicultural affirmativeness of that poem runs counter to the toxic xenophobia and anti-immigrant rhetoric which has emerged in Britain over recent times. What is Daljit’s perspective on ‘Brexit Britain’?

“Just as a poet I am very aware of the harm that is being done to language itself and through the hostile language that is being used about community,” he notes sombrely. “I find that really upsetting and disturbing. Britain seems to be a much more divided country than I remember it. I grew up in the seventies and eighties, the division around should we part of Europe or a small island is a powerful and intense debate. We’re in a really difficult place at the moment.”

Daljit Nagra reads at the Town Hall Theatre on Saturday April 28, at 1pm, with Irish poet Sinead Morrisey, winner of last year’s Forward Poetry Prize. Tickets are €10/8 via 091 - 569777 or www.tht.ie