WORLD-RENOWNED mentalist and magician Keith Barry will be coming to the Black Box in February 2018 with his brand new show Magic Madhouse which promises to be a hilarious mix of magic, mentalism and mayhem.

On Tuesday, Barry paid a flying visit to Galway and I caught up with him to chat about his career in magic and what audiences can expect from the new show. I began by asking how 2017 was in ‘Barrytown’; “I toured my Hypnomagic show and did a lot of corporate work but also, after 20 years of being on the road, I got a decent amount of downtime so went fishing, I took the kids on holidays which was great,” he replies.

“With corporate work you have to mind your p’s and q’s and with TV work you are beholden to directors and producers, but when I perform live onstage it’s all me, you get to see the real Keith Barry. My biggest buzz of all the things I do by far is being onstage, it’s what I love so I am looking forward to doing Magic Madhouse.”

Barry’s passion for magic was triggered in childhood by receiving presents of magic sets. “I got a Paul Daniels magic set when I was five. That was my first stepping stone into the world of magic,” he recalls. “Every year after that I’d get a magic set for my birthday or Christmas. When I was 14, on a school tour to Scotland, I got a really good book called The Klutz Book of Magic and that was what really made me consider it as an artform and as something I wanted to do for the rest of my life. 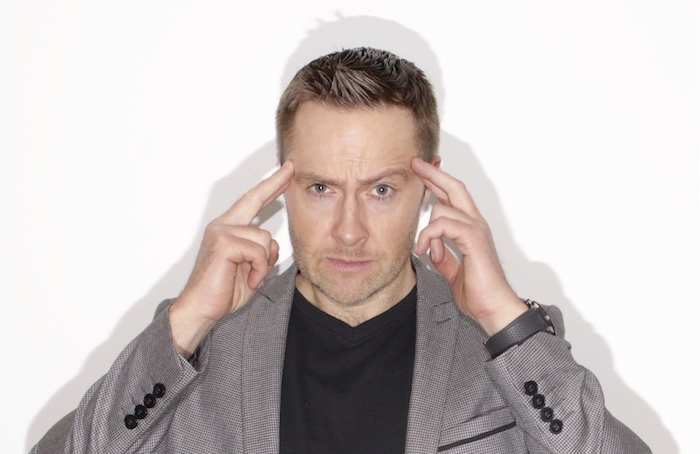 "My first ever time performing was when I was 14. I then started dabbling in hypnosis when I was 15; my parents said, ‘Magic is great as a hobby but you have to go to college’, and I went to UCG as it then was for four years and qualified as a cosmetic scientist of all things; I used to invent women’s make-up. I was still doing magic part-time at corporate events, parties, weddings etc. I moved to Dublin from Galway and blagged my way into the Kitchen nightclub, which was a big scene at the time and ended up becoming their VIP musician for three years. That’s what got me well known on the circuit. I got onto The Late Late Show from there and went on to do my first TV series for RTÉ, Close Encounters with Keith Barry. I then started travelling to the US and doing shows there.”

Barry has cited Irish hypnotist and entertainer Paul Goldin as a key influence on his career. “When I was 14 Paul Goldin came to my hometown of Waterford; he was the foremost hypnotist in Ireland for many years. That was the first and only time I was hypnotised by him on his show. I ended up as the star of the show and I took inspiration from that.

"I got to know him later in life and I figured out through him and his wife that I was the last person he ever hypnotised, onstage because on his way home from that gig they were in a bad car accident, after which Paul never went onstage again. I got to know him before he passed away and he shared a lot of his insights into the subconscious and how hypnosis works. He also shared what we call in the industry ‘black ops’ techniques which are ways of making people do things against their will and ‘instant induction’ where you can instantly hypnotise people. He was a good friend and I admired him as a performer.”

While Barry’s stage shows are all about entertainment he is a voracious reader on all things to do with the human mind. “A lot of people don’t know how to tap into their subconscious mind which is what hypnosis is,” he observes. “All hypnosis is really self-hypnosis so when I relax somebody down there is a three-stage process; you relax the physical body down then the conscious mind and then you can bypass that and re-programme what is going on at the subconscious level.

"Now, when you are doing that, it ignites parts of your brain that are dormant because we don’t exercise our brain. The problem I see with ‘mindfulness’ that people talk about a lot is I don’t see a source of action; we have to work with mindfulness and exercise our brains, it’s a muscle and most people don’t – they do it in college but then they don’t even read which is simple. They don’t know how to take control of their subconscious brain. I have a passion for research and voraciously read anything that can benefit me or my life.

"I’m currently following a guy called Wim Hof who is known as ‘The Ice Man’ and has 23 world records and has an amazing immune system where he was injected with toxins but they had no effect on him. His whole thing is a breathing technique coupled with cold exposure plus yoga which is amazing for your body and it activates parts of the brain that are not normally activated. When they are activated dopamine is released into the system which is a feel-good hormone and I can lie in bed and spread dopamine into my body just by thinking certain thoughts and doing certain exercises; anyone can do that.

"People like talking about their problems but a problem shared is not a problem halved, you have to figure out what is wrong in your brain. Your autonomic nervous system regulates your breathing, heart rate, blood-flow and anxiety attacks and we have found with hypnosis and the Wim Hof technique you can control your subconscious mind and your autonomic nervous system where you can take full control and can alleviate symptoms of all these things.”

Barry personally coached Woody Harrelson in magic and hypnotism techniques for the films Now You See Me and Now You See Me 2 and the Hollywood star proved a gifted pupil. Can anyone acquire hypnotism skills, I enquire?

“Anyone can learn a magic trick or some brain hacking skills,” Barry replies. “Woody was an amazing person to teach because he approached it like a method actor. He’d go home and do things I asked him to and return a few days later being able to read body language and signals. Anyone can learn about neuro-linguistic programming which is about eye-pattern movements and subconscious signals you read from a person and about hypnosis. Anyone can learn about hypnosis, they are all acquired skills but to turn it into a performance art is a completely separate thing and to learn that you have to have an inherent sense of performance or something extra.” 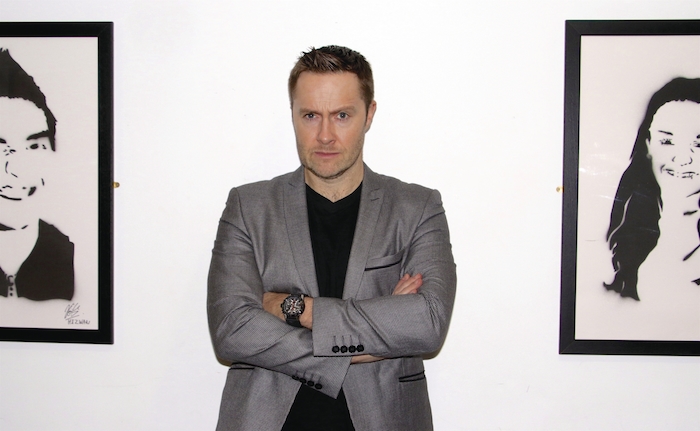 Keith concludes our chat by outlining what Galway audiences can look forward to in his new show Magic Madhouse. “In the last couple of years I have delved deeply into mentalism and brain hacking and hypnosis in my last few shows and I want to make sure that my shows don’t become formulaic. I realised I hadn’t done any magic tricks in my shows for over 10 years so I am putting visual comedy and magic back into Magic Madhouse. The whole night will be crazy, even I won’t know what will happen half the time!

"The routines are designed to make people laugh their heads off and then be fooled as well. There is also some hypnosis in there as well, but not the slapstick style I have done before – for instance I will hypnotise someone to have an out-of-body experience which will be fascinating to watch. The show will also have escapology which I haven’t done in a long time as well. I’m getting a metal straitjacket made and a bullet-proof Perspex box so that if the trick goes wrong my team won’t be able to break it.

"The audience will get to examine all the materials as well. I get locked into the jacket and box and it is then filled with water and I have just a couple of minutes to escape before I pass out or drown. So there is drama in the show, there is comedy, there is craziness. It’s a pot-pourri of all my skills!”