AMONG THE array of comic talent converging on Galway for next month’s Vodafone Comedy Carnival is Katy Brand, award-winning writer and performer of TV sketch series Katy Brand’s Big Ass, among many other credits. In Galway she will perform her hit Edinburgh Festival show I Was a Teenage Christian, an honest, fascinating and funny exploration of her teenage immersion in evangelical Christianity.

One Sunday, aged 13, Katy went to a local church service and promptly became a fundamentalist Christian. From then on she attended church four times a week. For seven years she put the ‘fun’ into fundamentalism…and the ‘mental’. She was obnoxious, and self-important but at least she knew she was going to heaven. Now she’s not so sure. Over an afternoon phone call she talks with me about the show, and begins with an account of her first experiences of religion.

“My parents were C of E but not in a fervent way," she says. "My earliest memories of religion was when I went to a Roman Catholic school between the ages of four and eight where I was the only Protestant. I remember all the other kids going off to do lessons for their confirmation and me being sat on my own in the classroom wondering what was going on.

"I also remember really wanting to be an altar boy and being told in no uncertain terms that I was the wrong sort of Christian and the wrong gender so my ambitions in that regard were dashed. Then when we moved house I went to the local state primary school and again religion didn’t come up until I was 13 and got converted to a happy clappy evangelical type of Anglican Christianity and that was it; I became completely obsessed with it, much to the bafflement of my parents.”

Katy recounts in the show how she was once ‘touched by the spirit’, an experience which physically lifted her across the room. Even now she cannot quite explain it. “It is one of the strangest memories I’ve got," she says. "It only happened once, very early on in my conversion, and it was what really got me going with it. It never happened again, even though I faked it many times to try and recreate it in some way. I have no explanation for it except that emotions can be very powerful and sometimes they can knock you off your feet and this was definitely a big emotional event.” 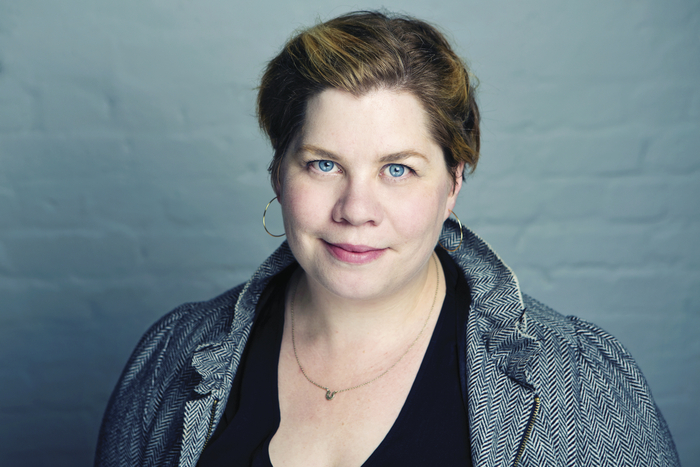 Her religious immersion went from the age of 13 to 20. I observe that it spanned the phases from puberty to adulthood and ask her how much she thinks that might account for the experience. “That was definitely part of it,” she admits. “I was a bit of a frigid teenager because I found that side of life intimidating. The idea of no sex before marriage appealed because it meant I didn’t have to deal with it, it had been dealt with.

"Also, I liked having a purpose and feeling important and the church gave that to me. Teenagers like to feel they’re being listened to and taken seriously and we have an important job to do in the world. The Church youth group was very powerful and dynamic and in some respects very good. If all my parents had to worry about was me spending too much time in church things were probably not too bad, compared to what some of the kids in my school were getting up to. It did appeal to those teenage emotions that die down when you reach adulthood.”

Not surprisingly she had to endure teasing over her godliness from her peers at school. However her faith gave her the resilience to get through this. “The church was near my school and, believe it or not, it was considered quite a cool church," she says. "It was one of those churches where everyone wore jeans and we had a Christian rock band. We would run social events, and have bands, and sometimes people from the school would come down and we would surreptitiously try and convert them. 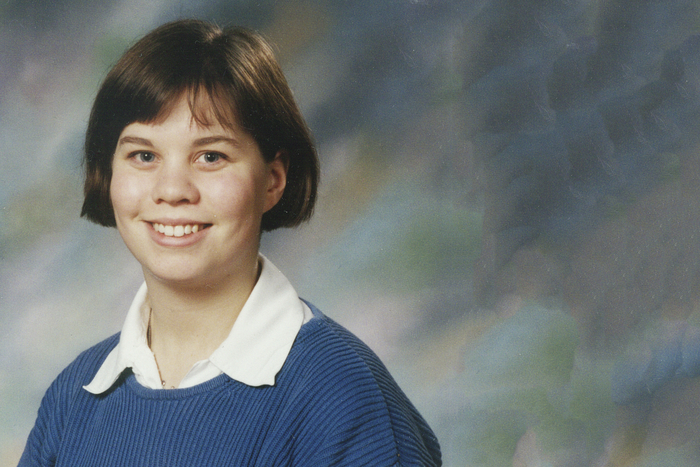 "It was quite sociable which was a big part of its appeal. It does take over your whole social life and you feel proud to be involved. By Christian standards you feel cool even though the rest of the world might not agree. People in my school could be savage about it, they called me Christian Spice and all that sort of thing but I can’t say my confidence was massively dented. I used to voluntarily take full school assembly and talk to them about Jesus, which is a measure of my level of dick-headedness at the time [laughs]. Their teasing was a call to arms I think.”

If she was a ‘Danielle in the Lion’s Den’ in such situations, Katy’s religious ardour began to wane as her teenage years progressed. “Leaving the church was a drawn out process,” she recalls. “It started before I went to university because my church tried to ban Harry Potter. I was reading it at the time and I thought their stance was ridiculous. By the time I was 18 I was feeling disenchanted with it but also scared of what I would do otherwise because so much of my social life revolved around it."

"I was probably ready to go by the time I left for university but studying theology was the final nail in the coffin. Once I realised there was a lot more nuance and history to religion than a happy clappy evangelical church is inclined to tell you, was pretty much it for me. I went back once during my first year in university and I felt so out of place and weirdly unwelcome because they didn’t like the idea of me studying theology.

"I also started doing comedy at university and the comedy rushed in as the religion rushed out. A few of the people from church remained on my Facebook but when my sketch show came out I had a character called Jesus’s Girlfriend, and I noticed they all un-friended me fairly rapidly after that.”

I Was a Teenage Christian sees a stylistic shift in Katy’s brand of comedy from her earlier character and sketch-driven format to the autobiographical, story-telling one of this show. I ask was she nervous about making this change

“I did have misgivings definitely,” she replies. “Even apart from the stylistic change it had been a long time since I’d been onstage on my own and with this I was doing a whole show by myself just chatting. What helped was that I had written a novel a couple years ago, Brenda Monk Is Funny, and did a tour of readings and talks around it. It was about stand-up and it got me back into that way of thinking. The show did feel like a big undertaking but once I got started on it I really enjoyed the more spontaneous informal style of it and its conversational nature.”

I Was A Teenage Christian is on Saturday October 28 in An Taibhdhearc at 7pm. Tickets are €20. See www.vodafonecomedycarnival.com