TOMORROW MARKS a significant milestone in Elaine Cosgrove’s career as a writer. While already a published poet - her work has appeared in The Stinging Fly, The Penny Dreadful, and The Bohemyth, and was selected for the Eyewear Publishing anthology Best New British & Irish Poets - Transmissions is her stepping onto a bigger stage.

To finally be able to hold the book in her hands has left the Galway based writer a bit dazed herself, swaying between pride and humility. “It feels fantastic. I feel very proud,” she tells me during our Monday afternoon conversation. "It also feels very public. It’s a feeling unique to your first book, your writing moving from the private to the public space. I’m still trying to get my head around that.”

Elaine was born in Sligo in 1985, developing a love of poetry both in, and after, school. “I remember liking how photographic and emotive poetry can be, and it’s shortness,” she says. “It emulated what I liked about music. When my sister and I got our library cards I delved deeper into it. There was also something about reading it outside of school, you felt you had ownership of it - and you could also read you the ones they’d never teach you!” 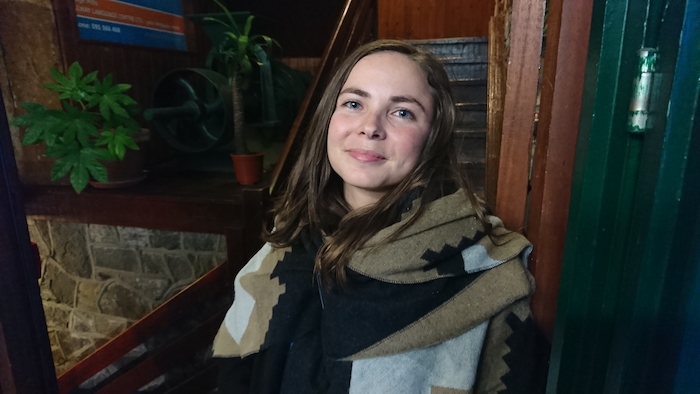 Chief among her influences was the great Lawrence Ferlinghetti. “When I was 17 he came to Sligo to read,” Elaine recalls. “He’s hilarious and witty and his ability with images is fantastic.” She also cites Seamus Heaney and Paula Meehan, but given the county she comes from, WB Yeats' shadow also looms. “I’m still working out my feelings towards Yeats,” she says. “It challenges you to write about, and also around, Sligo in a different way.”

As much as it is the work of a gifted poet, Transmissions is also the work of a passionate music fan. The stanzas of ‘Bass Guitar’ are titled E, A, D, G - the standard tuning for bass; while ‘Giant’s Causeway’ quotes Led Zeppelin’s ‘The Rain Song’; Phil Lynott and The Ronettes are also referenced. Indeed Elaine declares PJ Harvey, Robert Plant, the late Chris Cornell, and Black Sabbath bassist Geezer Butler [pictured below] as inspirational to her as any poet. “A lot of people don’t know Geezer wrote the lyrics to Black Sabbath’s songs,” she says. “He’s an amazing lyricist, his way with words is so peculiar, so different.” 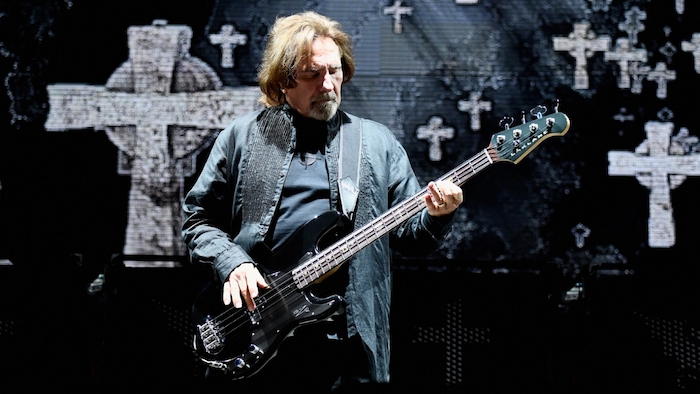 On the broader impact of music on her poetry, she says: “I think having an ear for music helped me develop an ear for a line in a poem, for a beat, and also for thinking about tones, and what kind of surge you want to create in a poem. If I want to find a certain tone for a poem, I will listen to music that has that and gives me that, when I’m writing.”

While Sligo appears in numerous poems in Transmissions, Galway, where Elaine has lived since 2004, also dominates the collection. “I’m half-Galway, half-Sligo,” says Elaine, “although I know Galway better now than I know Sligo.” And reading Transmissions shows Elaine knows Galway very well, an understanding captured forcefully in ‘Outside the 24hr’ and ‘Hush And Fall Asleep To Fantasy’.

‘Outside the 24hr’ captures the dread engendered in any Galwegian when the sound of a rescue helicopter is heard hovering in the skies overhead: “the rotors’ babble-cut blades in my purse,/palm hover, cover the PIN, screen instruct user,/the noise creeps over necks tilted too many times for comfort./And I want to turn my head too. Up, away.”

“Living in the city centre, you can often hear the helicopter and my stomach sinks as its usually not good news,” says Elaine, “especially when it goes over the river very low. Galway is a great place to live but it has it’s sadness as well. The helicopter is such a common part of our noise landscape, especially at certain times of the year. It’s saddening. I hate it, and yet, life has to go on.” 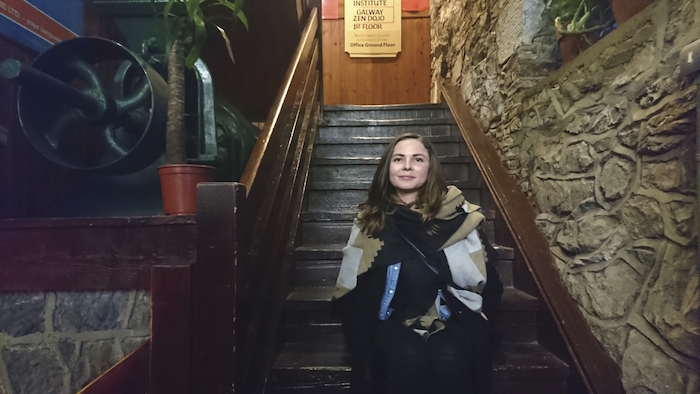 While Elaine says “I don’t think I could ever call myself a Galwegian” she proves herself one in ‘Hush And Fall Asleep To Fantasy’. There are two kinds of Galwegians - one who lives for Race Week, the other, who cannot be far enough away from it, and especially from a certain type of Race Week crowd: “I hear them through my skylight on Lower Dominick Street;/their heels wet with men’s piss/from the two o’clock beauty parade…shoes sole-slicking tanned bags/and chip shop vomit”.

The poem is genuinely funny - indeed there is much humour in Transmissions' poems - but is also a withering, all too accurate, put down and portrait of late night Galway during that time. “I remember the night that inspired the poem,” recalls Elaine, “coming back from Dublin on the last bus. I was in such a good mood and then I cam into this…mess, all chip bags and people shouting at you. I had to write about it. A lot of people love the races, but it’s not all glam.”

The area around the Cathedral during the Novena is the setting for the arresting ‘Greening’, which shifts between Galway and Arkansas, beautifully capturing how memory can create unexpected interactions between different places and time periods: “His hands marked by buried welts from oars and pony-strap traps/draw me back to an afternoon in a split-house in South Gains Street, Little Rock”.

“There’s about five years between that night in Galway, sheltering from the rain, and having been in Arkansas, visiting friends,” she says. “When you are in a place that’s so different, you have a hyper awareness of it. The memory of it seeps into you so deeply that when something evokes it, it brings it back very strongly.” Images of rain also reflect the actions of memory, and the pleasures of recollection. “There’s also recycling, regrowth, and regeneration, and the wanting for that,” says Elaine, “wanting for a cycle to come back and to keep it going.” 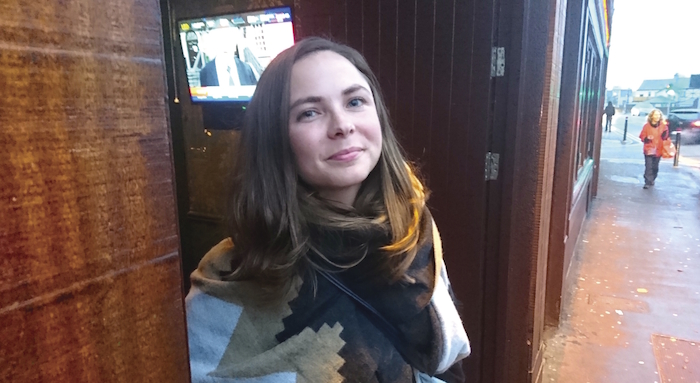 If there is one poem Elaine is most proud of in the collection, and the one she feels points most towards where she wishes to go with her writing, it is the ‘closing track’ of ‘Home’. “It’s probably why I put it at the end,” she says. “It’s the most forward looking. I’m obsessed with the idea of exploring communication."

A poem by turns hilarious and intimate, its narrator (Elaine we presume? ) is a tad miffed to arrive home to a sleepy boyfriend: “He does not stir/to my arrival,/which I am a bruised peach about-/all acquired ego,/from the poets…I want to jab his finger,/and command/an alt universe for us,/‘Rise and fall to the woman of your dreaming’.”

It ends on a barrage of quick fire words, mostly drawn from web and coding terminology. “Studying web mechanics opened a part of my brain that I didn’t expect,” says Elaine, “and it’s funny how so much of its terminology resonates with emotions, and the way such technology shortens distances, bringing two points, and people, closer together."

Elaine launches Transmissions upstairs in the Róisín Dubh on Friday November 17 at 6.30pm. The event will also see the launch of Erin Fornoff’s debut collection Hymn To The Reckless (Dedalus Press ) The guest speakers are Prof Seán Ryder (NUIG ) and Elaine Feeney. The MC wil be Keith Wallace, foundcer of the independent Galway record label Rusted Rail. Admission is free. All are welcome.