WHEN XTC’S Colin Moulding presented the band with ‘Making Plans For Nigel’, it immediately appealed to band leader Andy Partridge who felt the melody “reminded me of Gilbert O’Sullivan”.

Paul Weller has declared ‘Nothing Rhymed’ and ‘Alone Again (Naturally )’ as “two of my favourite songs, great lyrics, great tunes”; while musician, satirist, and political commentator Paddy Cullivan took to Facebook earlier this year to declare Gilbert O’Sullivan’s 1971 album Himself “one of the best albums I've heard!”

Such praise is evidence of the esteem Waterford born singer-songwriter Gilbert O’Sullivan is held in, and these last few years have seen him undergo quite the career renaissance - witness his BBC Proms performance in September before 40,000 people; his on-street Notting Hill gig for Record Store Day; the re-release in May of Himself on vinyl; and the highly successful 2015 album, Gilbert O'Sullivan: The Very Best Of – A Singer & His Songs. “I’m always working to achieve success.” Gilbert tells me from his home in Jersey. “I’m always hustling.” 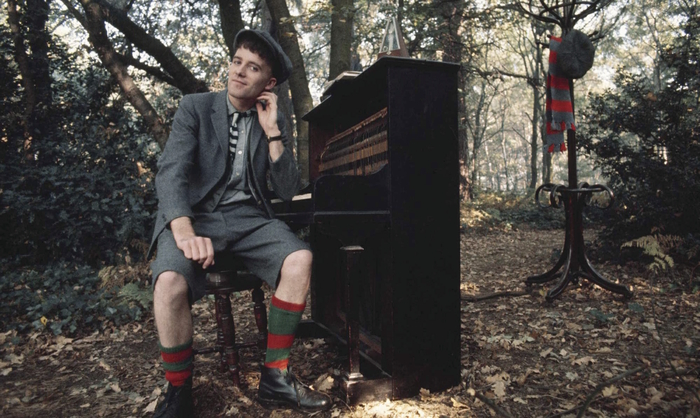 2017 marks’ Gilbert’s 50th year in the business and the 50th anniversary of the release of his first single, ‘Disappear’ in 1967. Gilbert though, is more about looking forward than looking back. “I’m not really reflective in that sense,” he says. “I like writing songs, recording them, releasing them, and then going out on tour. I’m not mad about the 50 year thing, but the record company likes it and people seem to like it, and it was November 1967 when my first single was released. It’s good memories looking back, but I don’t spend a lot of time doing that. If I stopped writing or lost interest, I’d get out of the business, but no, I feel I can still compete and stand comparison with anyone despite being around for so long.”

As part of that 50th anniversary tour, Gilbert plays a number of dates around Ireland this month, including Galway. “The Irish dates are always very special,” he says. “People like seeing an Irish boy done good. Whether it’s Cork, Dublin, Limerick, Galway, I always get such a warm reception.”

While Gilbert has penned such perennially popular songs as ‘Get Down’, ‘Matrimony’, and ‘Claire’, few would disagree that ‘Nothing Rhymed’ and ‘Alone Again (Naturally )’ are his finest achievements - the ‘case closed’ arguments as to why he should be regarded as an outstanding songwriter. Yet the man himself takes a surprisingly objective, matter of fact, view of the songs.

“Most people assume ‘Alone Again’ came from a personal experience,” he says. “I was 21 years old, staying in a cottage my manager Gordon Mills allowed me to live in. It was on the grounds of his estate. It was private and I was glad to be able to have the chance to write all day. The songs were just coming out of me. I wrote this melody. I thought it was nice, but I put it to one side. I didn’t come back to it until much later. I needed to come up with more songs.

“Neil Diamond covered ‘Alone Again’ and said he couldn’t believe a 21-year-old wrote it, but for me it was just one song I had written. In those days you would be in the studio for three hours and record two songs. I recorded a song called ‘Out Of The Question’. Everybody liked it. We also recorded ‘Alone Again’. Nobody said ‘Wow! That could be No 1 in America!’ It was only at the last moment that Gordon Mills said, ’It may not be as commercial as ‘Out Of The Question’, but let’s go with it.’ There was no question we knew it was a hit.”

‘Alone Again (Naturally )’ would spend six weeks at No 1 in the USA, becoming one of the most successful songs of 1972. Gilbert notes wryly that it failed to do the same in Ireland. “‘Ooh-Wakka-Doo-Wakka-Day’ was a No 1 in Ireland but ‘Alone Again’ wasn’t!” he says. “It’s interesting the way these things work out.”

‘Nothing Rhymed’, a Top 10 in Britain - and a Top 5 hit in Ireland and The Netherlands - in 1970 was Gilbert’s breakthrough. “Gordon Mills signed two artists to his MAM Records at the same time - me and Dave Edmunds. In November 1970 Dave had a No 1 with ‘I Hear You Knocking’ and a few weeks later I had a hit with ‘Nothing Rhymed’,” recalls Gilbert. “In Ireland it was huge for me as I was a Waterford boy having success in England. Mind you, they went off me pretty quickly, but I won them back, they came back to me!”

While Gilbert enjoyed phenomenal success in the first half of the 1970s, and is enjoying success again, the singer endured lean times throughout the 1980s and 1990s, (“By lean times you mean lack of commercial success? Everybody goes through that,” Gilbert pragmatically declares ) yet what has always sustained him is an indomitable belief in his talent and ability.

“I had that when I left Swindon and came to London in ’67,” he says. “In Swindon I was sending songs to London but getting no response. London was the centre of it all, it was the place to be, so I moved there, got a flat with some friends and looked to getting a deal. I just had that self-belief. I didn’t need people to tell me I was any good. I knew I was. I had songs I believed in. It was very important to have that as it took three years. Then I met Gordon Mills and it started to take off. There are a lot of talented people out there, but who lack self belief, but self-belief is what gets you through the day and gives you the discipline which is your validation. The five days a week you spend writing is justified.”

Returning to 2017 and that acclaimed BBC Prom’s performance, one aspect of it which caught attention was Gilbert leaping up onto his piano and doing a little dance. “I’ve been jumping on the piano at the end of my shows for a long time,” he says. “I’m 70 years old and I’m thinking if there are other 70-year-olds in the audience looking at me, that they’ll be thinking ‘Good for him, he can still do it! Maybe I can to! Maybe I’ll jump on the sideboard when I get home!’ The whole Proms at Hyde Park was very special and I remember seeing Irish flags flying in the crowd which was nice.”

Not surprisingly, Gilbert has no plans to retire anytime soon and is currently at work on a new album with producer Ethan Johns, son of the legendary Glyn Johns, producer of albums by the Rolling Stones, The Faces, The Who, and The Eagles.

“We’re recording in the purpose built, 48-track, studio I built in my home here in Jersey,” says Gilbert. “We’ve recorded about 12, 13 tracks, we’ll spend a week doing vocals, and after the shows in Galway and Sligo, we’re going to London to record with an orchestra. The album should be finished by the end of November. We’ll be looking at a release in late March. We’ll get it out and then do some concerts. It’s a treadmill I’m very happy to be on.” 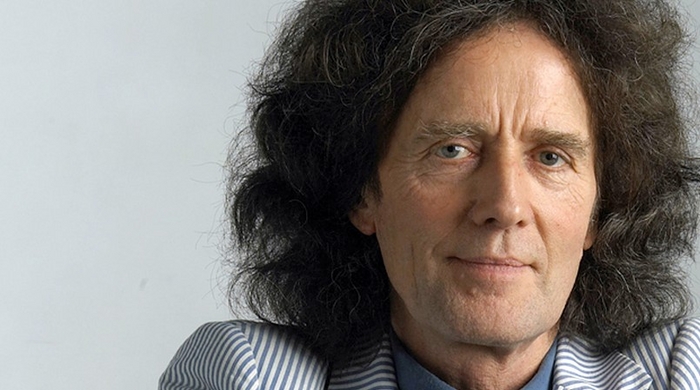 While there is no album title or plans for a sleeve design yet, Gilbert says the album will be touching on contemporary issues. “I’ve always seen myself as someone who writes about contemporary events,” he says, “about what is going on, but in a subtle, not a blatant way or a preachy way - I don’t want to be Bono! - and that’s what I love about lyric writing. Write a good melody and it will survive, but lyrics don’t last if they are about the issues of today. They date, so on the new album there will be love songs, but also all sorts of things - mobile phones, Kim Kardashian’s behind, Donald Trump, comments on the world as it is today, but not in an obvious way.”

Gilbert O’Sullivan plays a ‘Róisín Dubh presents…’ concert at Leisureland, Salthill, on Saturday November 25 at 7.30pm. Tickets are available from www.roisindubh.net, the Ticket Desk at OMG Zhivago, Shop Street, and The Róisín Dubh.