The action unfolds on a private beach owned for generations by a wealthy European family. They are celebrating a wedding when, in the midst of the festivities, a stranger arrives unexpectedly on their shore, and the family must decide how to deal with this unexpected incomer.

As the sand in This Beach is dug into and the past is excavated on stage, the beach becomes in turn an appealing leisure amenity, a valuable possession, a site of invasion, and a theatre of war. This Beach is sharply written and keenly observed, incorporating Brokentalkers' trademark style of telling stories of social importance in an innovative way.

The play is co-written and directed by Brokentalkers’ founders Feidlim Cannon and Gary Keegan and began when the duo were approached in 2014 by the Europoly festival with the Munich Kammerspiele. Brokentalkers were invited to be the Irish artists in a group of pan-European artists making work about Europe. As part of that process Keegan and Cannon visited a refugee camp in Germany to begin research for the play, a visit which radically altered their conception of what they would go on to write.

“Like most people living in this part of Europe we see images of refugees crossing the Mediterranean or overland to Greece from Turkey," says Gary Keegan. "There is a disconnect between what we see on TV or in the newspapers and the reality. When Feidlim and I were originally commissioned to write a play about the refugee crisis by the Kammerspiele our first impulse was to meet with people who had made that journey. From that we gained a vital insight into how we would proceed with the process.

"We had initially intended to create a piece based on the experiences of refugees, similar to the approach we had taken in our other productions, such as Blue Boy, where we interview people, take their stories and devise a piece around what we heard, but when we arrived into the camp we discovered they already had their own theatre group making good work. 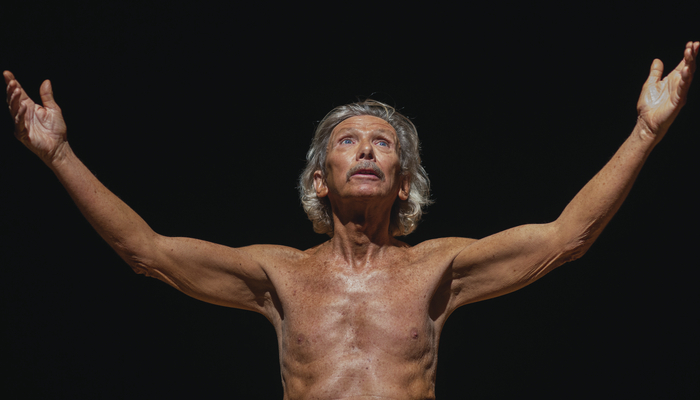 "They told us that they were inundated with white western European artists coming to the camp saying they wanted to tell their story but the camp inhabitants were already doing that themselves and they didn’t need us. We came away from that meeting feeling a little shell-shocked; we had been called out a bit. We soon realised it was a message to write a piece around the western attitudes toward migration so we sat down and wrote a satire essentially about western xenophobia.”

Keegan’s insight into the way western theatre artists might have appropriated or manipulated refugee stories could also be extended into the way the news media record their experiences. In both cases the refugee voice is secondary to that of the western mediator. “No matter how respectful and diligent we were, there was nothing we felt we could add,” Keegan replies. “They were really exercised around the idea of white artists visiting the camp looking for stories and what these artists tended to focus on was the horror of the migrants’ journeys or lives before reaching Europe, whereas all they were concerned with was in making their new lives in Germany; they didn’t want to be looking back. They wanted to talk about work permits and conditions in the camp and so on.” 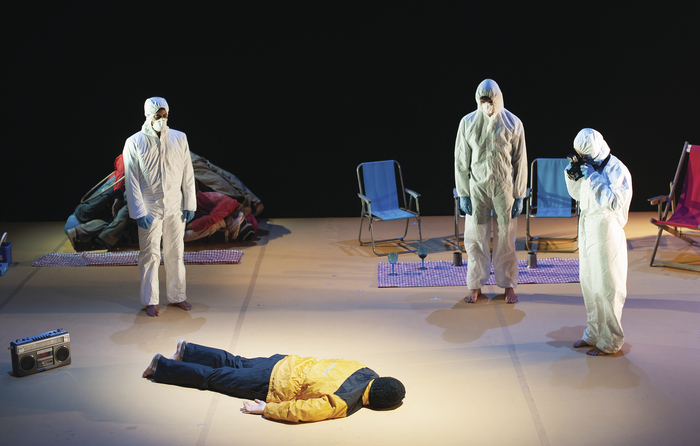 Keegan outlines how the play changed following his and Feidlim’s visit to the camp. "After our trip to the camp it became a very different project," he says. "It became about satirising elements of European viewpoints on foreigners and dark skinned people. It became an exercise in fabrication in a way, based on things we experienced through our own reading of racist and fascist material. It became inspired by our encounters in Dublin with racism. It’s not based on any factual material, it is a dramatic fiction.”

While it addresses a very serious issue, This Beach is humorous, lively, colourful, and sharp in its treatment of the subject so there are plenty of laughs amid its thought-provoking. Also, whereas previous Brokentalkers productions come under the umbrella of documentary theatre, Keegan readily describes This Beach as their first ‘proper’ play, with Keegan and Cannon relishing the writing process.

“It was a lot of fun and there was a freedom we don’t always have," he says. "Often we were making work about other people whose stories we were telling and there was an onus on us to be respectful and stay within parameters. With this we could say and do what we liked so that was liberating and enjoyable. A lot of our shows have tended to be different from what went before anyhow, so you had a music piece, a dance piece and now a play so we always enjoy trying different things.” 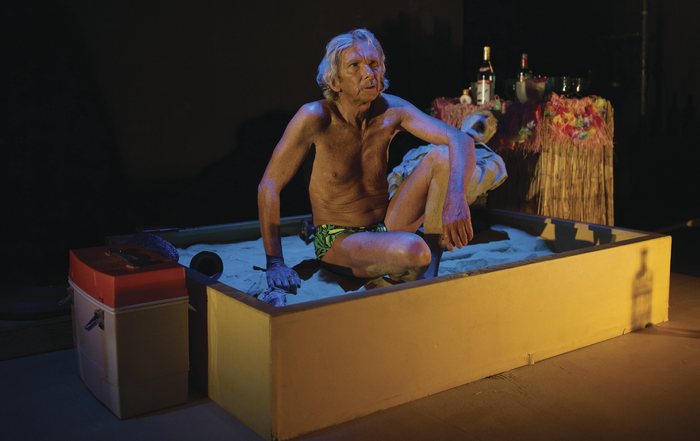 One interesting ‘documentary’ element the company did retain is that the first names of the characters in the play co-incide with those of the actors portraying them. “We couldn’t bring ourselves to make up names for them,” Keegan explains. “It was weird enough to write a play, this is our first one essentially even though we have been working for over a decade. It seemed too much to invent names so we left them as they were, but the characters are not based on the actors’ personalities.

"The characters are grotesque and each one is written with a type of person in mind, they are archetypes in a way. One character is obsessed with security and walls and borders and protection so you can read into that who it might be based on. Another is a bleeding-heart liberal who, when the stranger arrives on the beach, she wants to help him but without listening to what he needs, she just assumes she knows what he needs. The oldest character wants to keep the stranger on the beach as cheap, or free, labour. Another character is a documentary filmmaker and she wants to exploit the guy for his story - she is kind of based on us! Everyone has their own agenda.”