HIS APPETITE for music is boundless, his belief in its power as a unifying force which can cross social divisions is deeply held, and in the Electric clubnight MOVE, DJ John Daly turns that passion into practice.

John Daly, along with fellow DJs Patrick Hogan and Mossy Hynes, have been running MOVE for a year and tomorrow on the Electric mainfloor from 11pm, they will celebrate the night’s first birthday in style. “When you come to MOVE,” John declares, “expect to hear anything as long as it’s got a groove and you can dance to it” - and that’s just the start of what he and his colleagues want MOVE to achieve.

Born and reared in Cork, John has been living in Galway for the past 10 years. During that time, he has risen to become a hugely respected name in DJing. His music has been released on Gerd Janson’s Running Back imprint, Francois K's Wave Music, London club-night/record label Secret Sundaze, and Drumpoet Community, as well as on his own Feel Music imprint. He has DJed at Panorama Bar in Berlin, Deep Space in NYC, Concrete in Paris, Fabric in London, and kept 6,000 dancers moving at Electric Picnic.

Given his love of music it is not surprising John grew up in a music loving home, but it was electronic’s sonic polar opposite - folk music - that was heard in the Daly household. “Dad’s family were involved in the folk revival scene in Cork,” John tells me. “Whereas most kids were brought to matches, I was brought to the pub, placed on a stool with a bottle of Lucozade, listening to a trad session.” 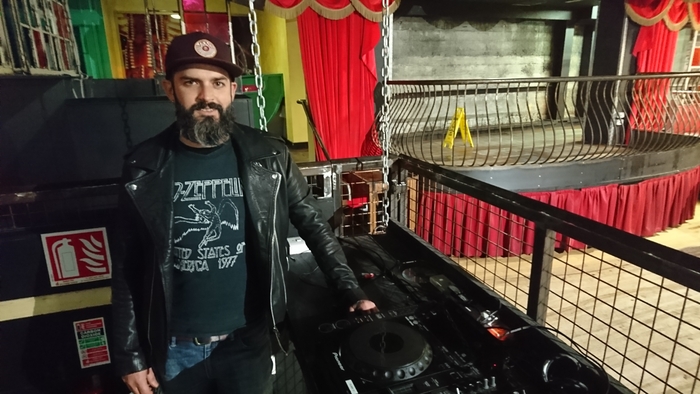 John grew up in the small seaside town of Myrtleville. Despite its smallness, it became a popular spot for bands from nearby Cork city’s thriving music scene to play. Going to gigs at the town’s Pine Lodge venue inspired him and a number of friends to form a band, but it was when they went to record a demo that the course of John’s life was dramatically altered.

“As soon as I set foot in the studio I was hooked,” he says. “I knew this is what I wanted to do.” Now fascinated by the technological end of music and its recording and production, he began exploring electronic and techno music, and going to club nights in Cork’s legendary Sir Henry’s venue.

“It was also the mid-1990s,” says John. “It was a very fertile time for music and there was a lot of cross-pollination. Bands like Air came out around that time and they were huge for me, while Granddaddy and Super Furry Animals were using synthesisers. A friend of mine had a synth but he abandoned music, so I took it off him. Suddenly the guitar was in a case in the corner, I was into House, and was buying loads of samples.”

Today, John’s music spans deep house, dance, techno, and industrial, while he gives exposure to his more IDM, ambient, and chill-out leanings via his The Smoke Clears moniker, which resulted in last year’s critical acclaimed, eponymously titled debut album via All City Records. Last year also saw the launch of MOVE in Electric, and John had a very definite approach in mind for the night.

“Galway has amazing DJs - I’ve seen Con and Enda from Epoch blow away the guest DJ,” he says, “so, MOVE was going to be based on resident DJs, not big guests. It’s about showcasing the great talent in Galway. We want to build trust with the audience and consistency - give us the dancefloor on a big night like a bank holiday or around Christmas and we’ll devastate the club.”

With MOVE, John, along with Hogan and Hynes (“Legends!” declares the Corkonian. “They are unbelievable DJs!” ), had a very definite approach in mind for the night - building a club with an identifiable sound, yet one that could also accommodate diversity. 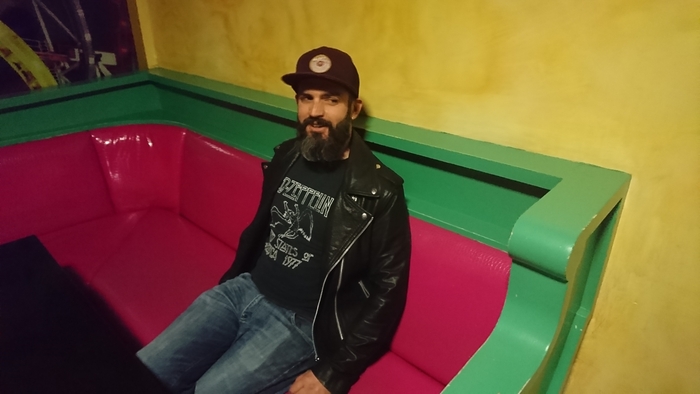 “The MOVE motto is ‘Freedom. Unity. Surrender’,” says John. “It is that idealistic thing, that I do believe in, that we want to build something tangible, we want to build a family, a scene, a night where it doesn’t matter who you are, or your social status, people are just enjoying the music and all those social constraints and constructions that keep us divided don’t intrude. Surrender is about getting together to dance together - that primal need we have to move to music - to let go of your worries. As a species we need to focus on the similarities we share, not the differences, and realise, at least for a few hours, we are all part of this interconnected system. If we can manage that, especially in the current, tense, climate, we will have played out part.”

That utopian, egalitarian, ethos of MOVE is also found in the night’s approach to the music the DJs play. “I have DJed all over the world, but the best crowds are here in Ireland,” John says. “In the 90s, when dance went global, Galway and Cork parallel each other. We had similar exposure to soul, funk, drum’n’bass, house - that’s why in Ireland I can play some relentless industrial track and then mix in Roy Ayers, bring the night up to a peak and then cool it down, maybe even throw a bit of Jimi Hendrix in at the end. People will respond, and keep dancing. They trust me. They see beyond boundaries. That’s why I love to play. That’s what keeps it interesting - the curveballs. There’s nothing worse than hearing the same beat all night.” 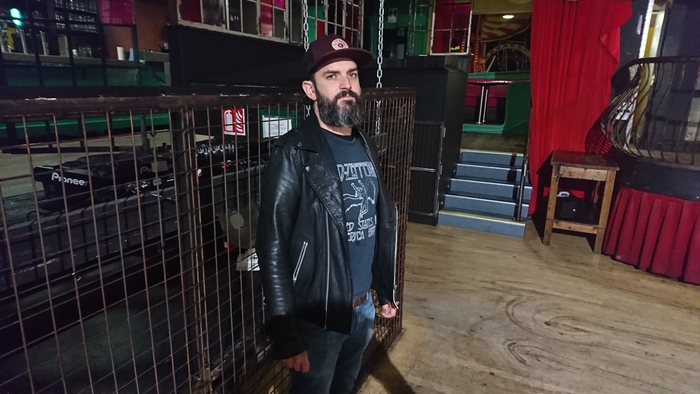 When I meet John for the interview, he is wearing a Led Zeppelin T-shirt and has no hesitation declaring his love of hard rock and metal. For him, good music, regardless of genre, shares a key element.

“There is something there, a sort of life energy. I hear it in Bob Dylan. I hear it in Apex Twin," he says. "For want of a better word, I call lit ‘Fire’, it makes you feel something, and as a DJ, I’m also becoming more aware of the concept of energy. Everybody is on the same vibe. It’s coming at you, and you play better as that vibe is fuelling your engine.”

Looking to the future then, how do John and Co see MOVE developing? “We want to keep it going,” he says. “The day will come when we will bring in a guest, but we want to concentrate building the night. I want MOVE to be running in 10 years time, become an institution. That’s what builds family and community.”