TWO VERY different albums - one a debut, the other something of a ‘comeback’ - are about to be released on the independent Galway record label Rusted Rail, and both will be launched at a forthcoming Citóg gig.

The Mountain Rages, the debut album from A Lilac Decline - the anagrammatic musical pseudonym of visual artist Cecilia Danell; and The Statue Of The Hunter Is Lost At Sea, the long awaited third album by avant-rockers Phantom Dog Beneath The Moon will be officially released on March 31. Ahead of that, A Lilac Decline and Phantom Dog play Citóg at the Róisín Dubh on Wednesday March 22 at 9pm, where physical copies of the albums will be available.

Cecilia Danell is known as a superb visual artist, who has preferred to keep music in the background. There have been glimpses of her abilities, through contributions to releases by fellow Rusted Rail label mates Cubs and Lover Deluxe. However The Mountain Rages finally gives full view of her talents as a songwriter, and is a beautiful album of gentle, lyrical, yet intensely personal, folk influenced songs.

Indeed it was her experiences with Cubs and Lover Deluxe which gave her the belief she could make an album of her own. “Doing those other albums gave me confidence that I could actually do this,” she said. “I had been writing songs for years, and was writing material that wasn’t suitable for Cubs. They were just songs for myself.”

Given she had the time - and the privacy - to write songs without having to think about recording and releasing them, has resulted in an album where listeners will feel they have been allowed into some of Cecilia’s most personal thoughts and emotions. Indeed, even friends will feel they know her better after hearing The Mountain Rages.

“A lot of that is the fact that it’s my album, where writing very personal songs on another project wouldn’t work, although they’re not all strictly autobiographical,” she says. “The songs are also very informed by Galway, walking around the west side of the city, and the rain; in Sweden where I’m from, and the snow in Norway, when I was there on an artist’s residency.”

Thematically the album moves from vulnerability, to yearning, to faltering hope, culminating in the album’s emotional centrepiece - ‘A Fine Day At Last’, its mellow Velvets-esque rhythms, and the songs' arrangement build into a giant sigh of relief, as if hard times are past and hope is finally here. “It was actually a fine day when I wrote that song,” she says. “I woke up and the sun was shining through the window, I saw a bluebird, and the rain had cleared, but the title does have that double meaning also signifying release and finding purpose.”

Given how all the songs are built around, and anchored by Cecilia’s voice and acoustic guitar, it would be tempting to place her, and the album, within the loaded ’singer-songwriter’ category. “I don’t want to be called ‘girl with a guitar who is a singer-songwriter’," she says, hence The Mountain Rages contains more sonic diversity than appears on an initial listen - ‘A Fine Day At Last’s electric guitar, snare drum, and melodica; the deluge of shoegaze guitar which creates the quiet/loud dynamic of ‘Mountain Rages’ (“It’s been a dream of mine to create a shoegaze song and use loads of effects pedals,” Cecilia says ); and the voice and percussion (on wine glasses ) only of ‘Winter Wanderer’.

Perhaps the most curious aspect of the album is that it is being released on cassette. In an era when downloads, streaming, and vinyl dominate - and CDs hold on by what’s left of their fingernails - for The Mountain Rages to be issued in a format that could limit its chances of being heard, seems a strange move. However, there is method to this move.

“I love cassettes,” Cecilia declares, “so it’s something of a dream come true for me to have my album in this way. I also find cassettes are something you're likely to take a chance on. Vinyl is very expensive and you could pay up to €25 for an album, but at gigs these days bands might often have tapes for sale, and they're only a fiver, so you’d be more likely to take a chance on that. Also, people like to have them as a memento from a gig.”

Rusted Rail founder and label head Keith Wallace notes how the the turnaround on producing vinyl is becoming longer and longer with the upsurge in demand for the format. “The independent labels are producing new albums on vinyl and the majors are re-issuing many albums in vinyl, and pressing plants are having trouble keeping up with demands. Cassettes however can be produced quickly. Also, a lot of people think the liking for cassettes is a hipster thing, for many others it is a nostalgia thing - cassette was the first format many people remember, and were allowed touch - you might scratch a record, but you’d be safe with a tape. Also they are collectable and that’s a big attraction for many people.”

The Mountain Rages contains some nice touches for cassette nostalgists - the tape itself is in sky blue plastic, recalling those from the 1970s and early 1980s, while the sleeve contains the fondly remembered ‘Home Taping Is Killing Music’ tape skull and crossbones. Of course, Cecilia has a sentimental reason for her album on cassette as well: “I recorded an album on cassette when I was 15 or 16,” she laughs. “It was an edition of one!” 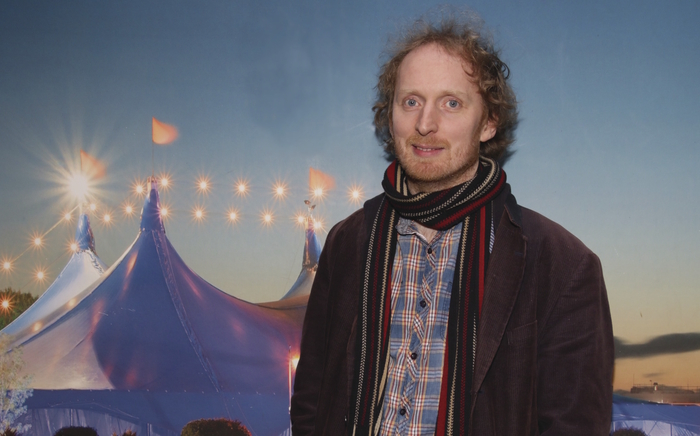 It has been seven years since Phantom Dog Beneath The Moon - the duo of Aaron Hurley and Scott McLoughlin - released new music, but The Statue Of The Hunter Is Lost At Sea is finally here. Why has a follow-up taken so long?

“Life happens,” vocalist/guitarist Aaron Hurley declares. “Since the last album, we’ve have moved house five times, we’ve moved country, I’ve worked in a number of different jobs, and my wife and I have had two children. Also there was a time when I though about giving it up, I had a lack of confidence. But songwriting is a compulsion, if you have that compulsion, you have to do it, that compulsion returned, I got back the need to write, and that stopped me from quitting.”

With Aaron living in Galway and his bandmate Scott living in England, recording time together was difficult to find, so for the most part, both men swapped ideas and created work via email, Skype, etc, and recorded music on to parts the other would send. Yet the end result is seamless, natural, almost organic in feel.

It may also be the Dog’s most challenging, ambitious, work to date. Yet, given time, its sonic textures and atmospheres, left-field indie guitar work, and folkloric lyrics, draw the listener into a strange, beguiling world, one where every twist and turn can spark all kinds of associations and images in the listeners imagination. Here there is ambient music (‘A Riverscene Amended’ ), haunting Gothic-indie (‘King Rabbit Stalks Lowlight’ ), and epic, post-Radiohead alt.rock (‘Blue Velvet Lullaby’ ).

“I’m into all different kinds of music and those influences come through,” says Aaron, “but also, as a songwriter, you're searching for something. You don’t want it to be just a guitar, you want to create something beyond just the chords and the voice, otherwise it doesn’t seem enough of an expression. If all you wanted was just expression from the lyrics, you’d write poetry, but music can express something poetry can’t - it gives extra emotional colour and context to the words, it expresses so much in its own right, and that’s also what I’m after.”

Phantom Dog Beneath The Moon- The Statue of The Hunter Is Lost At Sea (Rusted Rail ) from Rusted Rail on Vimeo.

With ‘King Rabbit Stalks Lowlight’, ’The Statue Of The Hunter Is Lost At Sea’, and ‘Some Vague Trees In A Graveyard’, the Dogs retain their ability to create song titles that suggest striking images and feel like stories almost in themselves. However for the title of the title track, we have Aaron’s daughter Alaoise to thank.

“My daughter had trouble going to sleep, so I went in to talk to her,” Aaron recalls. “She just let her imagination run wild, so she said to me, ‘We have to find the statue!’ I asked her, ‘The statue of what?’’, and she said, ’The statue of the hunter, it’s lost at sea!’ I heard that and went, ‘Oh wow!’ I put it on Facebook, and the first five replies all said ‘album title’. It stuck with me.”

A Lilac Decline and Phantom Dog Beneath The Moon play Citóg at the Róisín Dubh on Wednesday March 22 at 9pm. Copies of both artists albums will be available (with download codes ) on the night. Admission is free. See also www.rustedrail.com