THE BACCHAE, by the ancient Greek playwright Euripides, considered one of the greatest plays of all time, first performed in Athens, in 405 BC, powerfully dramatises the conflict between the emotional and rational sides of the human psyche.

These conflicting emotions are personified respectively by Dionysus, god of wine, madness, and theatre, and Pentheus, King of Thebes. Now NUI Galway’s Centre for Drama, Theatre, and Performance has teamed up with Chekhov Training and Performance Ireland to present The Bacchae at Druid’s Mick Lally Theatre, from Tuesday February 14 to Saturday 18 at 8pm.

Dionysus arrives in Thebes seeking to have his divinity acknowledged but he is rebutted by Pentheus and Agave, the king’s mother. In revenge Dionysus unleashes the wild fury of his ecstatic female followers, the Bacchae, bringing death and destruction to the city. The performers are final year and masters students of the drama programme at NUIG. The director is Max Hafler while this version of The Bacchae is by leading Scottish playwright David Greig.

“It’s a truly amazing play and Greig’s version is incredibly good,” Hafler declares. “It’s very accessible, very modern, very tribal, and it’s also really funny. It’s not funny all the time obviously because the play has a grim subject - and the version is raw and gory where it needs to be - but Euripides did have humour in his plays. Other translations I’ve read have been very serious and academic but this isn’t. I’ve been looking to do The Bacchae for a long time; when I was a young actor I wrote a show called Dionysus Remembered about someone who thought he was Dionysus and I did a lot of research into Dionysus and what he meant as a deity.”

Productions of classical Greek dramas are faced with the choice of staging them according to what is known of how they were originally performed - using masks for example - or else giving them a modern interpretation. How have Hafler and his company approached The Bacchae? “We had a long talk about that issue,” he admits. “The danger of being too modern is that it just becomes about that, and nothing else, so it can become a barrier. You have to start by asking what does this play suggest in terms of its atmosphere. 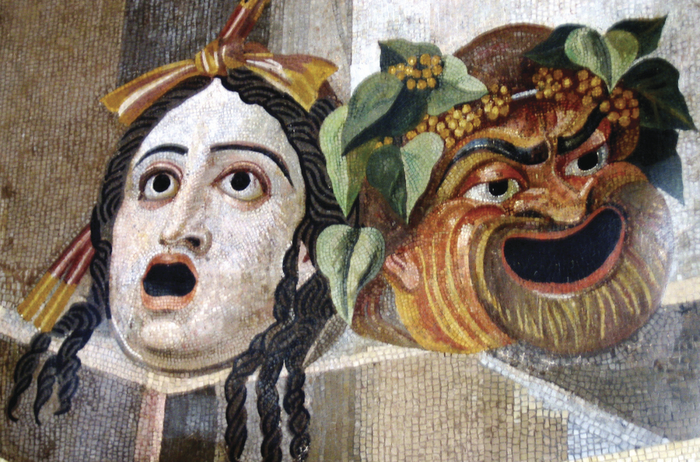 "The Bacchae is about control and order and that brings a whole set of ideas up and that leaves you freer to explore it. We didn’t want to go too Greek. What we have retained are a few really important things. The Greek tragedies hold our faces up to horror and really rub our noses in it, they say ‘deal with this’. It’s about endurance and explores our human follies and mistakes. It’s not just a mythic story it’s about things that were really important to society then and are really important now.

"There are a lot of points in the play where they talk to the audience in a very direct way and that’s something we’ve kept. We’ve also, to some extent, kept the idea of masks, we use masks for the Bacchae only, no-one else wears them. I was undecided initially about using masks at all but the thing about giving the Bacchae masks is that you really emphasise that they are a primal force rather than just a group of people.”

The play is driven by a range of dualities - the mortal and divine, male and female, rational and irrational, intellect and instinct, order and chaos. “The clash between order and chaos is the big one I think in terms of the polarities that exist in the play,” Hafler opines. “There is Dionysus who is sexually ambivalent, open, wild, with no structure, and then you have Pentheus and his retinue who are all conventional and structured as to how people behave and what they should do. That was very much the way we approached it.”

Greig’s version was originally staged by the National Theatre of Scotland in 2007. In his programme notes for that production, he wrote: "The Bacchae is a story which speaks directly and truthfully to the heart of what it means to be human. It asks us to ‘recognise’ and licence the Dionysian impulse within us – the irrational, the sensual, the sexual – and the play warns us of what might happen to society if we don’t."

Hafler’s production has a cast of 10 including Michael Foley (Dionysus ), Cillian Hegarty (Pentheus ), and Sarah O’Beirne (Agave ). “The Bacchae is a big challenge for a student group because you have to work with masks, singing, movement, and very deep character stuff,” he observes. “One of the great things for me is that almost everyone in this group has done some work with the Michael Chekhov acting technique which makes it easier for us to explore the play’s darker content. We also have a lot of music in the play. We’ve a really good singing group so we’re composing a lot of music together and it’s been a brilliant experience doing that.”