"NEVER USE schmuck lightly, or in the presence of women and children," wrote Leo Rosten in his book, The Joys of Yiddish. Why? Because it is a very naughty word for the very naughty bits of a man.

While 'schmuck' is indeed Yiddish slang for a penis, in Jewish-American parlance and in Jewish comedy - itself enormously influential on comedy generally - the word has come to have a less biological meaning, and can refer to someone who is stupid, foolish, obnoxious, contemptible, or detestable. It is this latter meaning which is being employed by Omid Djalili in his new show Schmuck For A Night - which comes to Galway this month.

"I like the word ‘schmuck’," he says. "It means ‘fool’ or 'buffoon'. You have to be a schmuck to do comedy in today’s climate. I’m embracing the schmuck in me to take on the big issues of our day. Plus, it’s a word that ends with ‘uck’ which can only be a good thing."

Omid is not Jewish, but British-Iranian and a member of the Bahá'í Faith, but he understands that self-deprecation, and the ability to laugh at ones self, is a major part of humour. He also knows that in the turbulent world of 2017, there are many people to whom the term schmuck could be applied, hence Brexit, ISIS, and Donald Trump will all come up for mention in Omid's new show.

"I'm not party political. I have no party political agenda," says Omid, "but I'll talk about what's going on around us trying to contribute to the discourse. In fact that’s what the show should have been called: ‘Schmuck Talks About What’s Going On Around Him Trying To Contribute To The Discourse'. The show will be so current sometimes audiences won’t laugh until they get home and turn on the TV."

While he declare himself "not party political", Omid's comedy is political in that it does engage with, as he admitted above, current affairs and the state of the world. One of his most political shows came at last year's Edinburgh Fringe Festival with Iraq Out & Loud, which involved the public reading of the Chilcot report - published only a month before the Fringe - the "damning" (BBC ), "crushing" (The Guardian ), and "scathing" (The Telegraph ) verdict on the Blair led government's case for, tactics, planning, and handling of the Iraq war.

The idea was Omid's and took 285 hours with 1,444 readers. "We were contacting all our friends in comedy to read it," says Omid. "I read too. It was a truly one off experience. It was a great idea. The Edinburgh Comedy Awards judges certainly thought so, awarding it the Panel Prize."

Did he find anything funny in such a serious report? "Yes," he replies. "It was in the final moments of the readings. The very last paragraph of the Chilcot report is: ‘How to read the Chilcot report.' It was a great punchline."

In a career spanning nearly 25 years, Omid has played comedy venues and festivals across the world; acted on the stages of London's West End; appeared on TV shows Dickensian (BBC1 ), Lucky Man (Sky1 ), and Going Forward with Jo Brand (BBC4 ); and in the David Baddiel scripted film The infidel. He is no stranger to critical acclaim either, with The Telegraph calling him "one of the most joyfully smart, stimulating, and entertaining comedians this country has", while Metro declared, "Confident, engaging, thoughtful show... did someone say national treasure?"

Omid returns to the big screen next year in Disney's The Nutcracker and the Four Realms, a live-action version of ETA Hoffman's 1816 story, 'The Nutcracker and the Mouse King' - the basis for the Tchaikovsky ballet - where he will star alongside Keira Knightley, Morgan Freeman, and Helen Mirren. It adds to a fine CV, which has already seen him work with Brad Pitt, Robert Redford, Johnny Depp, Mike Myers, Sarah Jessica Parker, and Russell Crowe. None however, will ever live up to the experience of being shot repeatedly by Keith Richards. 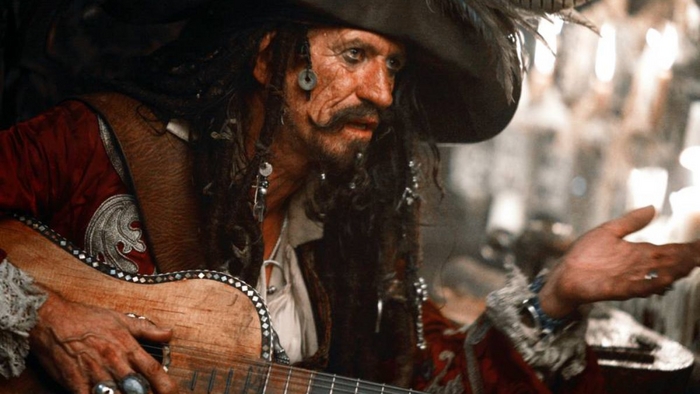 "I’d say, and anyone who’s worked with him as an actor would agree, Keith Richards from the Rolling Stones, was probably the most extraordinary," says Omid. "He played the father of Captain Jack Sparrow in Pirates of the Caribbean 3. His character shoots and kills my character for no reason. This seemed to bother him. In fact, he shot me about 14 times and after each take he’d come up to me and say, 'Listen, you do know I don't mean this?' After every take.

"It was almost like a joke but it wasn’t. Bang! and he’d shuffle up and say 'Nothing personal mate, I hope you realise.' Then after another take, with the same sincerity and intensity 'It’s all acting. You know that. You’re not upset with me, are you?' Once he shot me and just said 'Forgive them Lord, they know not what they do.' The final time he shot me he just stood over me and mumbled 'We’ve all got issues…It’s all about mummy innit?' How right he was."

Oid Djalili - Schmuck For A Night comes to the Black Box Theatre on Thursday March 30. Doors are at 7pm. The show is a 'Róisín Dubh presents...' event. Tickets are available from the Town Hall Theatre (091 - 569777 and www.tht.ie ); OMG Shop Street; Róisín Dubh; www.roisindubh.net; and Ticketmaster. The show is suitable for ages +16. There is allocated seating.