THIS MONTH, Druid Theatre Company presents the world premiere of The Beacon by Nancy Harris, at the Town Hall Theatre. Directed by Garry Hynes, the play is a co-production with Dublin’s Gate Theatre and is Druid’s second world premiere of 2019, following Epiphany at Galway International Arts Festival.

In The Beacon, Beiv, a celebrated artist, has moved from suburban Dublin to her holiday cottage on an island off the West Cork coast, but a dark shadow from the past hangs over her. When her estranged son Colm, and his new wife Bonnie, arrive to stay, she is faced with some difficult questions. Harris’s script combines the suspense of a gripping whodunit with psychologically nuanced portrayals of the play’s characters and the shifting dynamics of their relationships.

Colm is played by Marty Rea and, during a break in rehearsals on Tuesday afternoon, he shared his thoughts on the play. “The first time I read the script, it had that Daphne du Maurier feel; there is a mystery at the heart of it, and big family secrets, and all that was thrilling to read,” he begins. “It pushed you on, story-wise, to find out more. Psychologically these characters are very well drawn by Nancy. There is a lot of delving to be done and that’s the type of explorative character-work, the moment-to-moment psychological games, that Garry is brilliant at. We have been digging down deep in rehearsal and the play is very rich so it can put up with that kind of digging done on it.” 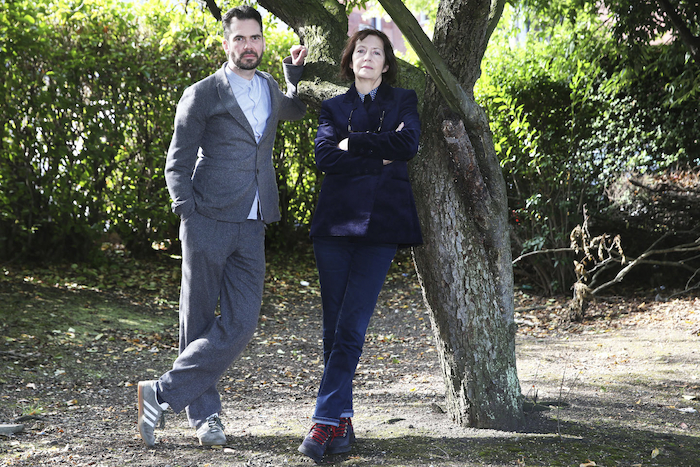 Like Epiphany, The Beacon features a middle-aged woman as its central character. Yet where Epiphany’s Morkan had a scatty personality, Beiv (played by Jane Brennan ) is a more formidable figure. She is the subject of gossip and suspicion among the islanders due to her bohemian lifestyle, and the mysterious circumstances of her husband’s death. Yet Beiv remains resolutely impervious to the outside world’s opinions. Indeed, she is even re-designing her house to have transparent walls as if to declare publicly that she has nothing to hide.

“She is a very independent thinker,” Rea agrees. “She is bearing the brunt of rumours at her front door but she has got to a point in her life where she basically goes ‘You want to think that? Well fire away, I am just going to keep on working as I always have.' There is a real backbone to her but, as admirable as that is, sometimes it can be to one’s detriment and she is like that. Though she is very honest in herself, that doesn’t make her relationship with her son any better.”

'A new play has never gone through that rigour of a rehearsal where every actor has their character in hand. There is a real flush of vibrancy and vitality about a new play for those reasons'

Rea’s Colm is a conflicted character. As well as his fraught relationship with Beiv his dealings with his new bride Bonnie [played by Rae Gray, pictured below], and erstwhile close friend Donal, are equally volatile.

“At some times he is all right with those things and at other points he isn’t,” Rea observes. “He can talk about his dad at some points and at others he can’t. He is a direct result of a very messed up and fractured situation so he has come out as a kind of fractured Frankenstein’s monster that his parents have created. His mother and father had a kind of pact that went beyond their marriage and he has grown up feeling that he was left out by both of them. A lot of the play is him trying to get to a point where he can go into the rest of his life by reaching a realisation of what has gone before. There’s that struggle between himself and his mother and the past.”

Rea was also in Epiphany and I ask if, as an actor, he finds any special difference between doing a new play and an established one. “With a new play you’re thinking about the play as a whole,” he replies. “You don’t know does it work yet, you haven’t experienced it before. It hasn’t experienced itself being in front of an audience so, as much as you’re working on your own character, you are very aware of the play as a whole as well. The undertaking feels much more electric, you are plugged into more aspects of the production that you would normally do with a play like King Lear where we know it works.

'It is an exhilarating watch because it has that ‘What happens next?’ quality where audiences are made feel almost like they are cast in the role of detective'

"The Beacon is also different from Epiphany as that was a big ensemble piece, whereas this has a much smaller cast. All you can do is stand and be a defender of the character in a new play. You ask if you see it all from his point of view and that is where you get discussions with the writer, the director, and other actors and a new play has never gone through that rigour of a rehearsal where every actor has their character in hand. There is a real flush of vibrancy and vitality about a new play for those reasons.”

The Beacon’s author, Nancy Harris, is a rising star among younger Irish playwrights and her work has been staged in Dublin, London, and New York. The daughter of journalists Anne Harris and Eoghan Harris, she received The Rooney Prize and a Stewart Parker Award for her debut full-length play No Romance in 2012. Her recent work includes The Red Shoes, at the Gate Theatre, and Two Ladies, which premieres in London, starring Zoë Wannamaker, the day after Druid’s premiere of The Beacon. 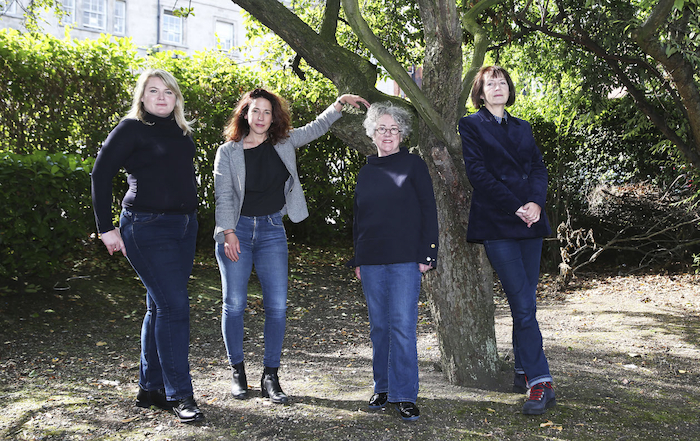 Rea describes Harris’s qualities as a writer ahead of her introduction to Druid’s Galway audience. “From my experiences of the play I have felt moments of both Michaels, from Tom Murphy’s Conversations and Whistle in the Dark, plays that Druid audiences are very familiar with and have enjoyed. She is very much in that vein and there is also great story-telling; the kind of white-knuckle, thrilling aspect of Martin McDonagh, and Garry is great at teasing that out in a production.

"It is an exhilarating watch because it has that ‘what happens next?’ quality where audiences are made feel almost like they are cast in the role of detective where you need to hear all the information. It’s that kind of high intensity performance that Druid audiences always enjoy in terms of writers.”