SALMON POETRY has recently published a new collection of poems by Fred Johnston, entitled Rogue States. It is Johnston’s ninth collection of verse and arrives almost 40 years after his debut, Life And Death In The Midlands.

The phrase ‘rogue states’ has been used by world powers like the US to demonize countries which have fallen out of favour with the West. Johnston’s book adopts the phrase and personalises it; serious illness is seen as a ‘rogue state’. Other poems address themes of love and loss, family and friendship, and the place of poetry in a world of turmoil and injustice.

The collection commences with a sequence of poems evoking Johnston’s experience of a cancer scare and its attendant treatment. ‘Diagnosis’ observes that "you went in as one man and emerge/as another, knowing secret things of blood/and tissue and deep scans. You could live/well without such knowledge. Or unknow it." 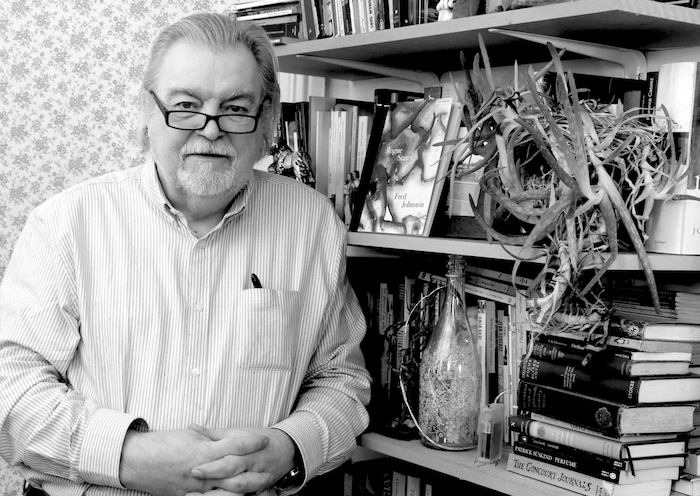 “It’s not an illness book, I’m chary of those,” Johnston tells me over an afternoon chat. “Those poems make up a small section. When I got the initial diagnosis I was terrified because it ran in the family. But you become enmeshed in the medical process and that somehow flattens out your anxieties. After a while I was taking things in, my surroundings, the jargon of instruments and procedures, the physical milieu of doors and corridors, and I started writing about them and the poems started to come. They are about the experience but they are not ‘woe is me’; I tried to stand back from that and assume an objective view.”

The volume also includes a number of sharply tender poems about Johnston’s father. In ‘My Father Ought To Have Liberated Dachau’ he writes "My father might have done many things/worthy of a photograph/instead he dodged the monumental and settled/for the ordinary trudge, heroism of a different order."

'There is a thin line between being overtly political and propaganda, you can waver over and back across that line and if you are lucky you don’t fall into being propagandistic and stay on the poetry side, but it is difficult to do'

“He’s popped up in a lot of my poems over the years,” Johnston notes. “I have an admiration for him hence the ‘Dachau’ poem. He was the kind of guy nobody noticed. He was quiet domestically and yet he was involved in the labour movement and got fired for trade unionism in his day. He experienced a lot in his life; he came from a large family and was very bright. He won a scholarship but he didn’t take it because the family needed him bringing in a wage.

"He got a job in a bakery and later worked in Shorts Aircraft factory during the war. We emigrated to Canada when I was a kid and had a life over there that was unimaginable in 1950s Belfast. He was earning enough to bring us on travel holidays twice a year. But then he came back to Belfast due to some family situation there and ended up working in a back street garage. He never spoke about it but it must have been a major disappointment. He does come up in a lot of my poems and in those poems it is him I am investigating.” 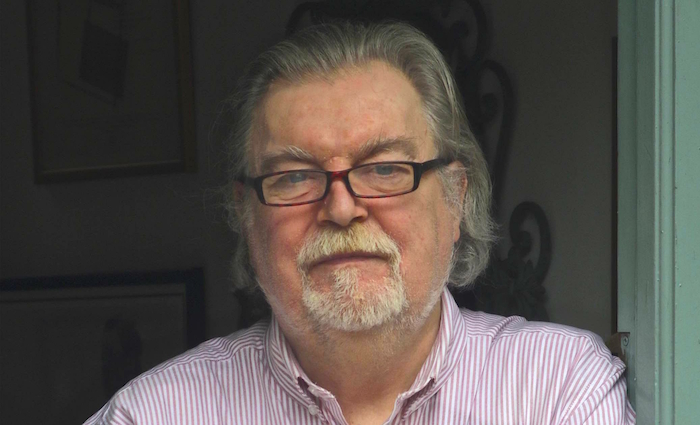 Johnston holds strong political views on issues like Palestine and US imperialism but when he addresses politics in Rogue States it is mostly done obliquely. One exception is the trenchant ‘A Poem for You’, written in response to a Galway visit by a Palestinian dance troupe. It concludes with the couplets: "Do not offer me sand for bread/For I will make bread even from sand// Do not tell me who I am/For I am written in the Book of the World."

“There is a thin line between being overtly political and propaganda, you can waver over and back across that line and if you are lucky you don’t fall into being propagandistic and stay on the poetry side, but it is difficult to do,” Johnston observes. “Now and then there is a point when a poem-as-propaganda - though propaganda is a loaded word - is justified

"‘Poem for You’ I wrote for the visit of a dance company from Gaza and I read it out on stage when they were here and I think it is for reading out loud where you can be a bit more declarative. The whole subject is one which our writers generally have steered clear of - much as they steered clear - with the exception of Thomas Kinsella and Padraic Fiacc, perhaps - of true criticism of what was happening in Northern Ireland during the worst of that.”

Rogue States is published by Salmon Poetry and is available for €12 from good bookshops and from www.salmonpoetry.com