UPCOMING GALWAY based company Brú Theatre will premiere its new play, Selvage, in Druid’s Mick Lally Theatre. Developed as part of the Druid FUEL programme, and funded by the Arts Council and the Galway City Council, it will be Brú’s third production since it formed in 2018.

Brú is a physical, collaborative, theatre company, working across a wide range of different theatrical media. Taking inspiration from European theatre, mask technique, and musicality, it makes work equally inspired by its roots in the west of Ireland.

Working as Gaeilge and English, it has previously collaborated with Galway City Museum and The APT (Berlin ). It sold out three runs of its inaugural show, Cleite, including at the Galway Theatre Festival and Baboró, and in September presented The Fisherwives, a recreation of Galway’s fishmarkets with a masked ensemble, in collaboration with Galway 2020’s Small Towns Big Ideas. 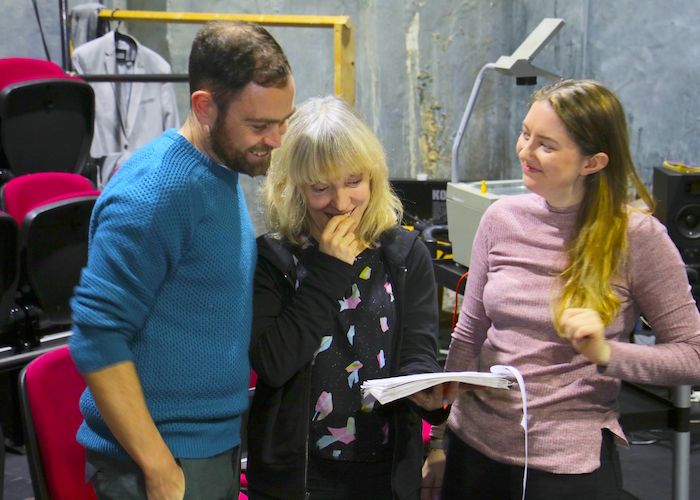 Written by, and featuring, Brú founder James Riordan, Selvage marks the company’s first move into a more traditional theatre space. It will be a highly visual show, using different forms of live performance to tell the story of Jo and his battle with personal stresses. It will present audiences with a high energy, creative, exploration of modern help, from religion and charity, to the rise of self help gurus backed by electronic and acoustic music, played live by Anna Mullarkey. It will be directed by Lara Campbell with lights designed by Sarah-Jane Shields.

Ahead of Selvage’s premiere James Riordan met with me to talk about the play and his company’s distinctive theatrical vision. “We are interested in making high quality evocative visual theatre,” he begins. “We are storytellers coming from a physical theatre background so we do not take a script as our first point of entry into a piece. 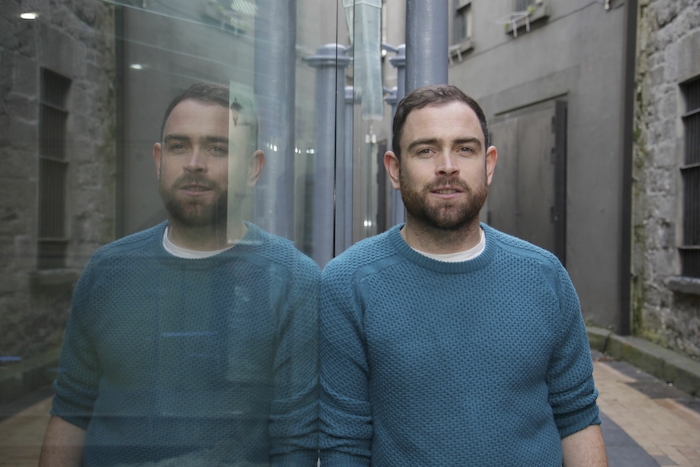 "I find inspiration from the west of Ireland, its music and folklore, storytelling and history. In Ireland we are very literary in our theatrical history and I studied in London and Berlin and learned about physical theatre, in other words theatre that doesn’t come from the play but from the body, which entails mask, puppet, object theatre, and dance, merging with theatre to make something that is an experience. We are interested in theatre because it is a live event and a shared experience with the audience which is powerful when it is done well.”

Though he did much of his theatrical training abroad, James always envisaged being a theatre maker in his hometown of Galway. “I love Galway and always thought I would end up here. Even while I was based in London and Berlin I knew I was not going to be there long term. I am settled, supported, and inspired by being here. For a company that is just a year old we have been very lucky this far, but I think it is the right time for us to be here and there is space for us in Galway.” 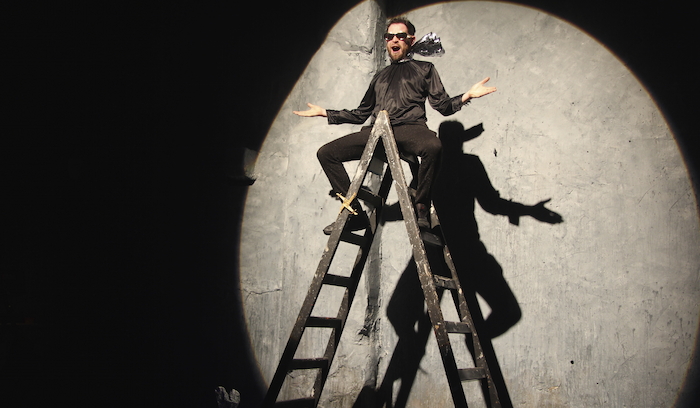 James outlines the play's main themes. “Selvage is a term that means self-securing in knitting and the piece is basically about finding a way in life to make oneself secure. It asks what happens when we need help and turn to religion, self-help gurus, and all these different things to make us feel better, so it looks at those avenues that people go down to make themselves feel calm. Within the story the central character, Jo, finds that knitting is about calming himself down and that leads to a feeling of quiet. It came from my own personal experience of not feeling so well and looking to trying to feel better.” 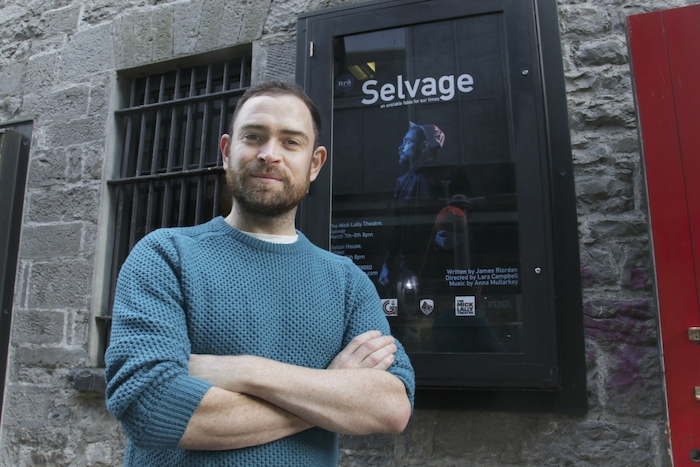 “There are puppets and mask work and dance and live electronic music from Anna Mullarkey,” James continues. “It follows a young boy whose granny gets locked up and he is put out in the world on his own. It plays with the theme of naivety. It is a very visual piece with a lot of stuff I love like movement, masks and music. It is a fun energetic piece of theatre even though it has some dark points.”

Selvage runs from Thursday March 7 to Saturday 9. Tickets are available from The Mick Lally Theatre (www.druid.ie, 091 - 568660 ). Selvage will also travel to the Station House Theatre, Clifden, supported by the Galway County Council on March 14. For tickets go to https://www.clifdenstationhouse.com or 095 - 21699.