FIRST FILMED in 1984 and starring Kevin Bacon, Footloose has enjoyed many a revival, being adapted for Broadway in 1998 where it ran for more then 700 performances, while 2011 saw it filmed yet again - all proof of its enduring appeal.

Galway's Twin Productions is putting on its dancing shoes next week when it stages Footloose in the Town Hall Theatre. Twin Productions’ Brian Power reveals the factors that prompted him and his brother Seán to stage it in Galway.

“Footloose hasn’t been on the circuit much in recent years," he says, "but what also appealed to me about the show is that it is a heart-warming story, with a strong sense of community, and yet an undercurrent of tragedy. There is great feeling in the show and great music as well. It offers great opportunity for character actors. The show is all about a community effort and at the end of the day that is what our society is about, having everyone involved in our production.”

The plot centres on a city teenager who moves to a small town where rock music and dancing have been banned, and his rebellious spirit shakes up the populace. “The story features a father, Rev Shaw Moore, who has lost his son in a tragic accident, and his wife at home is trying to keep everything sane," he says. "The father has become distant from his daughter since the loss of his son. With all of that he has banned dancing in his local town of Bomont. There is an undercurrent of the local youth wanting to express itself through music, singing, and dancing and that has been suppressed.

'There are great songs in Footloose. I find with it that every song you hear they have strong melodies'

"Then this character, Ren, arrives from Chicago, and decides to challenge these local laws. Ren’s parents have separated and he also has lost a father, just as the reverend has lost a son. Ren opens the reverend’s eyes in relation to what he has lost and he comes to see him as a father figure while the older man sees him as a son. So there is that lovely heart to the story which people can relate to.” 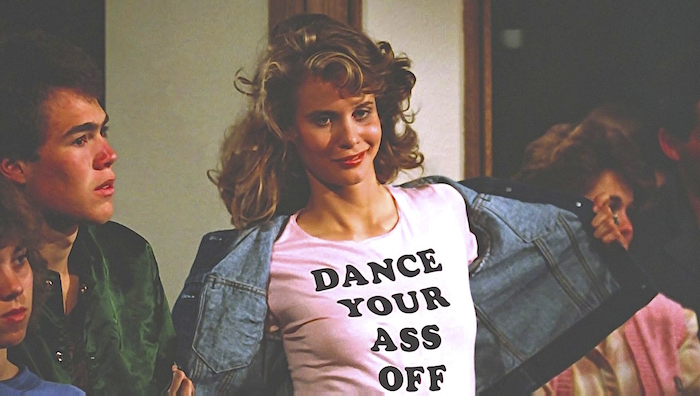 There are some differences between the film and stage versions. Power outlines these and cites some of the hit songs audiences will enjoy. “The movie was remade in 2011 and there are songs in the newer movie that are not in the stage version," he says. "What I find with the stage version is that the movie songs worked more as backing tracks, so the recent movie was more focused on the drama of the story than the stage version, which has a good mix of singing and dancing. There are great songs in the show like ‘Footloose’ itself, ‘Holding Out For A Hero’, ‘Let’s Hear It For The Boy’, and ‘Almost Paradise’, a love song between Ren and Rev Shaw’s daughter, but all the other songs are also very catchy. I find with it that every song you hear they have strong melodies.”

The cast of Footloose features newcomers and company stalwarts of Twin Productions. “One of the main characters is Ariel Moore who is played by Eilish O’Malley who was in the recent Renmore Panto," says Power. "She is still in college and this is her first musical with us but she is very talented. Another young lad, also from college, is Conor Gormally is playing Ren and, like Eilish, he is very strong in singing, acting, and dancing, so we are blessed to have such talented young people.

"On the senior side, the mother figure of Vi Moore is played by Roisin Egenton-Lawless who has been with us for a few years and is a former Rose of Tralee winner, and Ailbhe Slevin is Ren’s mother Ethel. Mike Davenport is Rev Shaw and he delivers some great character acting and ballads about the loss of his son which tug at the heart strings. It is a show that will appeal to both young and old.”

Footloose is directed by Brian and Seán Power; musical and chorus direction is by Eoin Corcoran; choreography is by Declan J Gardiner; set designer is John Wright; and lighting design is by Paul Kelly. It runs at the Town Hall from Tuesday March 12 to Saturday 16 at 8pm, with a matinee performance at 3pm on the Saturday. Tickets are €22/20 from www.tht.ie or 091 - 569777.