THE IRISH funeral is one of the great, if solemn, social occasions in our culture. The keening women and boisterous games that marked funerals in pre-Famine times have vanished, but the funeral remains one of those signal events where a community gathers together to observe familiar, and comforting, rites and customs of remembrance.

The unique world and atmosphere of the Irish funeral is transformed into a remarkable play by Louise White, This Is The Funeral Of Your Life, which comes to the Town Hall Theatre on Tuesday February 5 at 8pm. A heart-warming show about death and the challenges of living, it is a poignant yet warm theatrical experience which met with critical acclaim and sell-out success in its premiere run in Dublin in 2017. The Irish Times described it as an ‘unexpectedly funny and uplifting play about your own death", while Exeunt magazine called it "ebullient and profound".

Ahead of her play’s Galway visit, author and director Louise White spoke with me about the inspiration behind it and how she has gone about transferring the social drama of a funeral into a piece of stage theatre.

“The idea came to me after my dad died and his funeral,” Louise reveals. “There was obviously a whole world of grief around that profundity of losing a parent. But subsequent to that I kept thinking about his funeral, how it was really big and there was so much he had accomplished in his 84 years, and it made me think about what had I done? How would I be remembered?’ And what would my funeral be like? I couldn’t let go of that thought and I figured other people must have had this thought as well when they’ve attended funerals. 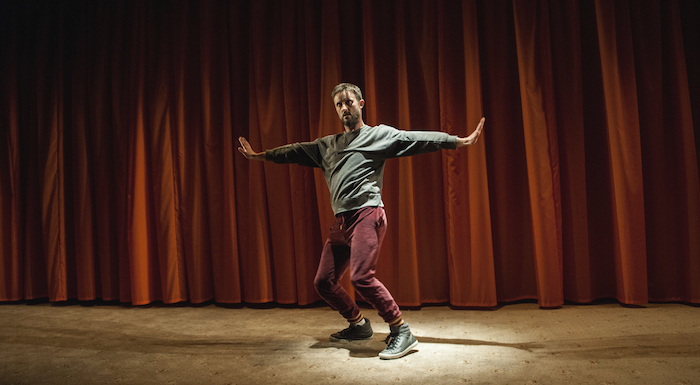 "When I talked about it with people their eyes would widen and they’d say ‘I know!’ The idea with this show is that we create a fun, safe, considered space where different things are happening on stage that allow you to think about yourself and your death; that is the journey that we try to take people on – what might your funeral look like. We ask people to imagine where they are in their lifespan, how much time they think they have left and if they will surrender to us for the rest of the show.”

The play features an actor, Lucy Miller; a dancer, Philip Connaughton; and a soprano, Michelle O’Rourke. White explains how they fit into the drama. “It’s a riff on the idea of an Irish funeral but we have done a lot with it to make it be part of a contemporary theatre performance. We had to figure out how to get the ideas of an Irish funeral up on stage," says White. "Lucy is like the undertaker or facilitator of ceremonies. Philip is like her sidekick and he has an exceptional performance quality so we use him, in a way, to explain the unexplainable. 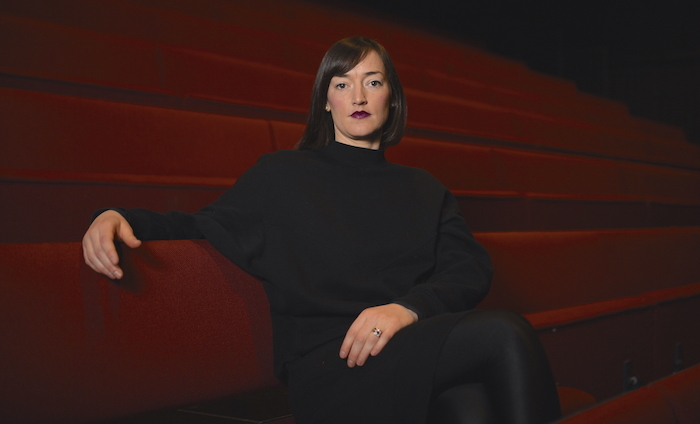 "Conceiving of your own death is a difficult thing to do, so when a dancer tries to articulate it in movement and explore it in a different way it can make it more palatable," says Louise [pictured above]. "We always have music as part of Irish Catholic ceremonies so Michelle is there to represent that aspect and it echoes Philip in that music also takes us to a spiritual place and is another way of explaining the unexplainable. When you are dealing with a subject matter that is dark or difficult we need access points or an easy way in, and music and dance can offer that.”

There are also elements of audience participation in the show but White stresses that there is nothing stressful about them. “I get the heebie-jeebies when people ask me about that because when people hear ‘audience participation’ they think it will be awkward or exposing or stressful, but we are not asking anyone to generate material or talk about themselves. We just ask them to help out with simple tasks, the kind of stuff that normally happens at a funeral – so we’d ask someone onstage to help make sandwiches or to carry something; it is very gentle. 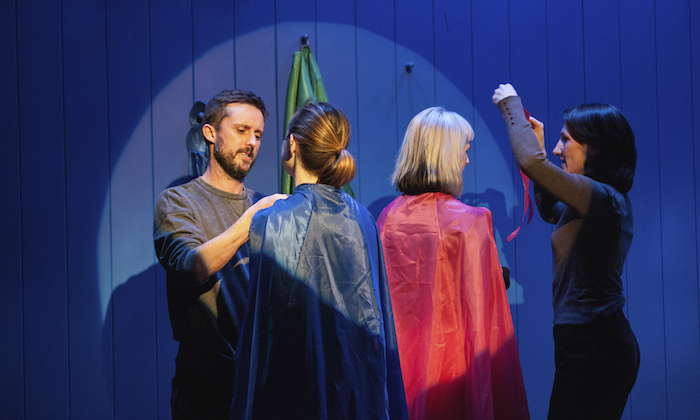 "The idea is that we want to reflect the way that the congregation and community help and participate at a typical funeral. It’s never a struggle for the audience, that’s what people have said after coming on – it’s not like that panicked comedy scenario you often see where you’re dragging someone up just for entertainment. In our show it is always very delicate and at ease.”

'The audience response has been great. They have also found it joyous and they enjoyed its meditation'

I remark that Irish funerals seem much better designed to help families process grief than those in England where several weeks might pass between a person’s death and the funeral.

“I can’t imagine what that must be like,” White agrees. “Having to go back to work for a week or two after your family member’s death and trying to carry on as normal while waiting for the funeral must be very strange. There are many aspects of Irish society and our emotional wellbeing that we don’t talk about, but the celebration of grief and the presence of people’s pain in the funeral ceremony is healthy. All the things that happen around those three days where everybody comes together and people bring apple tarts and sandwiches to the house and people are directly talking to you about something that has deeply affected you I think is really good. There are specific rituals that happen in the ceremonies and I think that is a really good way for us to process it as well.” 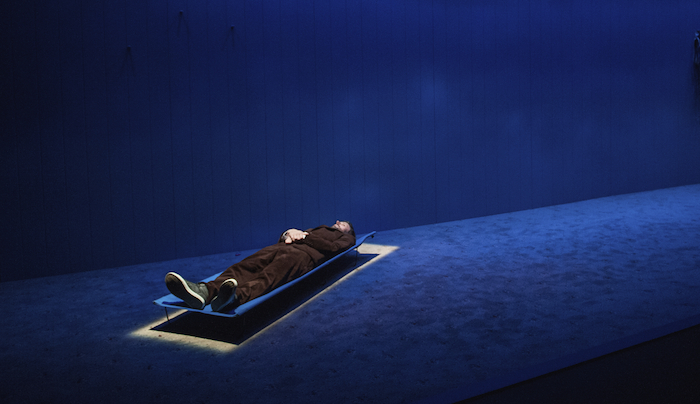 Audiences who have seen the show already have loved it Louise tells me. “The audience response has been great and people have been very surprised by how much they laugh when they went to see it. I think some went with a bit of foreboding. They have also found it joyous and they enjoyed its meditation. It is a playful meditation on what it might be like to peek at your own death.”