My mother and father love an auld reminisce about the good old days. When life was more simple, people spoke to each other in pubs and restaurants, and people lived their lives in the moment as opposed to trying to document it on the various social media pages.

Now as someone who is still in his 20s, thinking back about the halcyon days of my youth would probably be stretching it but in this gaming review I will be getting misty-eyed about arguably the greatest single first shooter on any console ever released and the first game I ever played– GoldenEye (007 ) for the N64.

Developed by Rare, the premise of the game was a simple one, a video game version of the 1995 British spy film, GoldenEye which starred Pierce Brosnan as MI6’s most famous agent James Bond. And what Rare produced was a product which many games have failed to emulate. 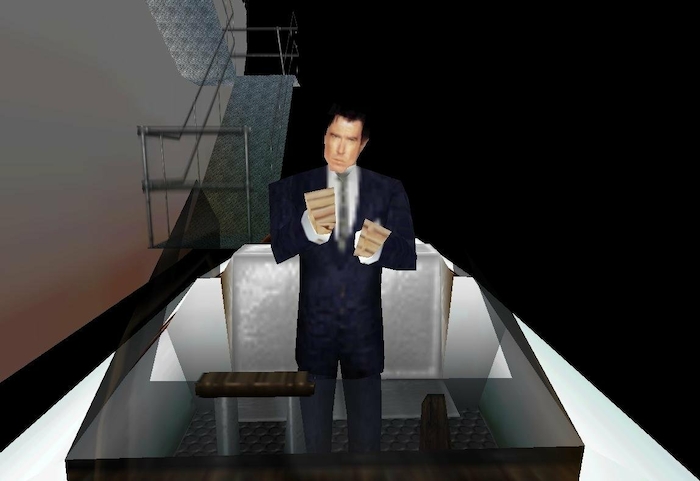 Literally everything. The gameplay involves a first person shooter which involves covert operations and spy tactics over 18 levels. Each level sees Bond pick up new and improved weapons from the sniper rifle in level one (Dam ) to being able to blast enemies with weapons in both hands in level seven (Frigate ) to being able to blow villain Xenia off the bridge in Jungle – the sheer range of weapons in GoldenEye is phenomenal.

The storyline, of course, is heavily based on the film but the game covers it wonderfully as you are able to use cool gadgets from the film such as a laser watch to escape an exploding train as well as the props such as a tank to cause great destruction in the level Streets.

What is also wonderful about the game is that it is challenging. The AI of enemies was excellent considering the time, as they would not burst through a door when the player was lying there in wait. The game has three modes of difficulty which can be played over the 18 levels; Agent, Super Agent, and 00 Agent. Unlike many modern game releases Agent, which is equivalent to easy mode, will see players be challenged by enemies, gun torrents, and villains. Very few will be able to complete this mode in a matter of days such is its difficulty. And if you managed to master 00 Agent mode, you get two bonus missions from Roger Moore Bond movies. Why? Who knows and who cares.

I always found the controls easy to use on the N64 with its iconic three handle giving the option to control Bond with the cross or the joystick. I was a joystick man myself as the Z button, the trigger button, was on the handle behind the joystick. Unlike modern consoles, the N64 controller was not hyper sensitive and the Rumble Pak enabled players to experience the recoil of the gun in their hands.

Of course the graphics are notably inferior by today’s standards but this was the 90s and what Rare produced was something beautiful with enemies showing wounds and explosions, well, looking like an explosion.

Now anyone who has my gaming reviews know my loathing of multiplayer games but GoldenEye did multiplayer right. This was not playing someone on the other side of the globe. No, this was four controllers, four people, siblings and friends, battling it out as James Bond villains throughout the generations like Jaws and Oddjob to determine who was the best. I don’t think there is any other multiplayer experience from which I have derived so much joy as slapsies, one-on-one, in GoldenEye. 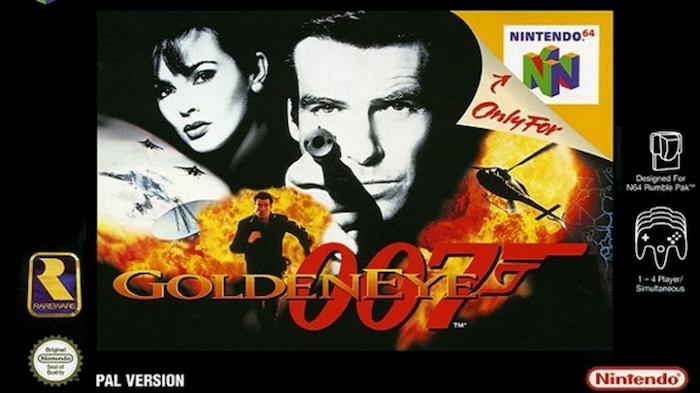 That it ended and that it sadly reminds me of the N64’s demise.

To sum up, GoldenEye 007 was ahead of its time when it was released back in 1997. If you ever get a chance to the game, take it with both hands. Simply put, it is the granddaddy of first person shooters.