As with many sports games, their popularity will be everlasting as millions of sports fans gorge themselves on being able to play like their heroes. The problem with sports games is that there is very little opportunity to ever improve the product. Aside from controls and graphics, the game must mirror what real life is like, so if there is no change in the sport, then it is likely there is going to be no change in the game.

MADDEN NFL 18 adheres to these principles but then again would fans love it as much if they got something completely off the wall? Answer - no.

What has been added to this game which differentiates it from other MADDEN editions is the Longshot story. This addition to the game gives a nod to what every pro footballer must go through to get to the top. For example, main character Devin Wade, the star football player from his small Texas town, quit his college team after a family tragedy. You navigate through Wade's attempt to return to football, travelling to the NFL Combine in order to impress scouts. Now it is an admirable attempt from the game developers to try to make the game different from the other editions but if you are just an entertainment gamer like myself, all I want to do is smash into as many bodies as possible as well as score a few touchdowns. 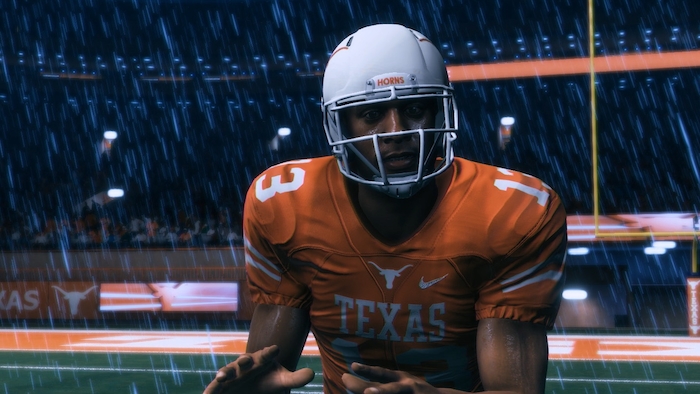 So what about the gamer experience?

What I loved about the game were the graphics - they are brilliant. It is the first game EA have created using the Frostbite Engine and it pays off. There are at times when, if you had walked into the room and looked at the screen, you would swear you were watching the real thing - the graphics are that good. Game control is pretty standard for MADDEN so once players get used to the controls then you are flying. I also loved managing my squad, negotiating contract lengths and bonuses as you attempt to build a roster (squad for you and me ) good enough to win the Super Bowl.

What I thought was a wonderful touch was the commentary. In previous games, the commentary was your bog standard amount of phrases, whereas in MADDEN NFL 18, the commentators will talk about the players' and teams' performances over the previous weeks. They even comment on the contracts the players have signed. The soundtrack to the game has a great diversity with some tracks getting players really pumped for kick-off.

What I disliked, and by that I mean hated, was a feature which has been brought in for last gasp field goals. As you are attacking and winding down the clock to go for a killer three pointer, the opposition will call for a timeout as you set up for a shot. When you return to the action, the camera angle has shifted to the side meaning it is very difficult to position the kicker to have a clean shot on target. The power metre also just vanishes. Yes vanishes, so players do not know if they have enough distance on the kick. Inevitably, the shot is missed.

Another aspect of the game I disliked, and this is me with my tinfoil hat on, is I got the feeling when the opposition decided that they were going to score, they scored. No matter how far they were from achieving a first down, the opposition would pull off a miracle play. Maybe I am just trying find excuses to the numerous games I have lost with seconds on the clock but I am convinced of my former argument.

MADDEN NFL 18 does what it says on the tin. There are no major surprises for seasoned MADDEN fans but I still find chasing Super Bowl glory very enjoyable.