When it comes to games, I like to know that I will get my money's worth in terms of gameplay time before purchasing. There is nothing worse than when you part with your hard earned cash and the game is completed within four hours of hitting the start button. Far Cry 4 provides gamers with plenty of challenges and enjoyment – 52 hours worth in my case.

The game is set in the Himalayan kingdom of Kyrat. Gamers are Ajay Ghale, the American son of Kyrati freedom fighters, who has returned to the land of his parents to spread his mother’s ashes. Kyrat is embroiled in a brutal civil war between Pagan Min’s oppressive royal army and the Golden Path. Like father like son, Ghale joins forces with the Golden Path over their lunatic Min and cronies. 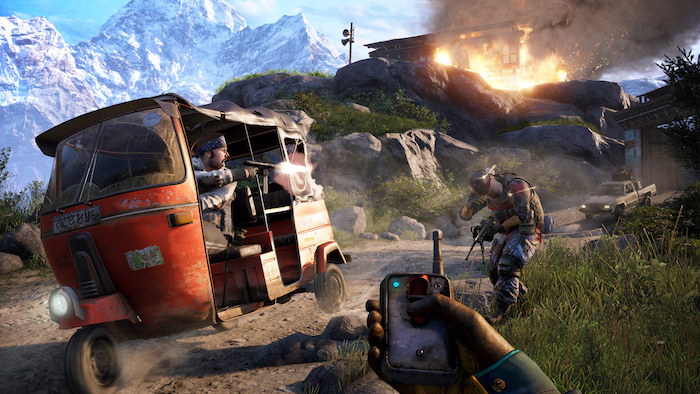 There is much to love about Far Cry 4. First of all is the vast amount of missions and challenges to complete. There are 32 storyline missions, 16 side missions, and then numerous side quests, not to mention the outposts, bell towers, and fortresses that need to be captured along with a huge number of collectibles to gather. Are you with me so far?

Next is the sheer amount of weapons. From knives and arrows for stealth to bazookas and mortars to make things go boom, there are plenty of fun and imaginative ways to neutralise your enemies. The game’s AI is very good as the Golden Path (the gamer’s allies ) are able to take down royal forces, and enemies are able to hunt the player and not just stand in place, making it feel like a proper gun battle. 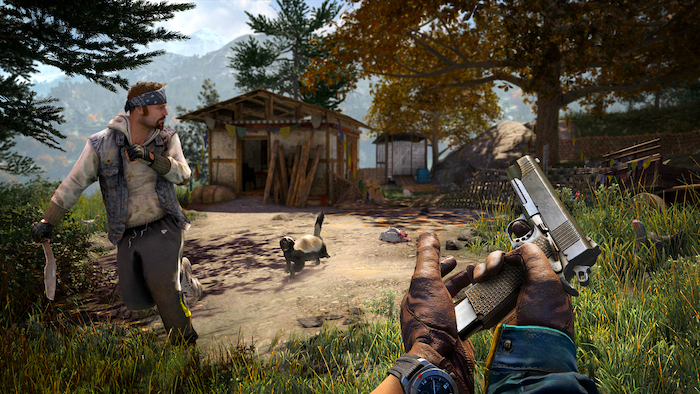 The landscape is colossal with lots of wildlife which will attack the player if the animal feels threatened or if it is hungry. The visual experience is also wonderful with phenomenal detail making it seem like a shot from a nature documentary as opposed to a game.

What I did not like about Far Cry 4 is the ending. I will not go into spoilers here but unlike most games where there is an epic showdown with the gamer’s nemesis; in this case, Pagan Min; the game just ends with a real whimper which is doubly disappointing, considering how intense the previous missions and quests had been. Driving in the game is awful, just simply awful. It is near impossible to steer a vehicle while driving at top speed, resulting in a lot of crashes and plenty of frustration for players.

And although I said the great length was one of the best attributes of Far Cry 4, I found a number of the side missions and quests pointless as they did not have any bearing on the main story, such as searching for lost letters of a couple from the 1800s – they have absolutely nothing to do with the main character or the history of the civil war, ergo pointless.

But Far Cry 4 is well worth the investment both monetarily and time. Just to be sure to clear the social schedule as there is a lot to accomplish in Kyrat.