FOREWARNED IS forearmed as they say, and if you are about to enter nightmare worlds which are the creation of a violent sociopath, or a corrupt corporation, or possibly both, an 'It'll be alright on the night' attitude is not advised.

For the most part, gamers like coming to a game completely fresh, experiencing the entire challenge as a learning curve, where advancement is hard earned and mistakes are learned from. Sometimes though, this nobel approach withers in the face of a boss challenge, where said boss is near indestructible, and The Evil Within (2014 ) and The Evil Within II (2017 ) have a few such characters, who, Rasputin like, just refuse to die.

The Evil Within series may not be an out and out classic, but it is one of the most ridiculously enjoyable and re-playable games this reviewer has come across, and given the first instalment was directed by Shinji Mikami (who originally developed the Resident Evil series ) and II was overseen by him, and the involvement of Bethesda Softworks (Wolfenstein series ), quality was to be expected. 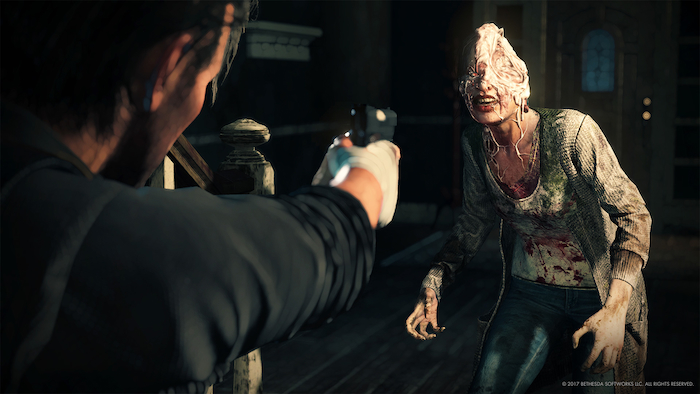 The first games finds detective Sebastian Castellanos, and colleagues, rushing to the city's mental hospital where a patient named Ruvik has violently killed several members of staff and patients. It is not long before he is drawn into a world where dream, reality, mind, and matter overlap, switch places, and become indistinguishable, as Sebastian tries to survive the web Ruvik has created for him. Along the way, he must confront, not only Ruvik's own psychological traumas, but his own as well.

'Sebastian has to be nimble and faster than his opponents - especially those who will not, or indeed cannot, be destroyed'

In the second game, Sebastian receives information that his wife and child, who he feared were dead, are actually alive. In his search for them, he encounters an artist, who is also a serial killer; a manipulative preacher; and a corporation exercising a serious amount of damage control on a tech experiment gone very wrong. Once again, Sebastian struggles to maintain his mental health, as is confronted by forces of darkness at every turn.

Sebastian gets to use shotguns, pistols, rifles, and best of all, a crossbow that shoots explosives and freeze bombs, and delivers electrical shocks. Yet while Sebastian is well armed, the challenge of The Evil Within series is that well-armed is not enough. Sebastian has to be nimble and faster than his opponents - especially those who will not, or indeed cannot, be destroyed.

Sebastian's enemies are fast, and they are relentless. Laura, for example, an abnormally tall, many armed, woman is virtually impossible to kill. You can only deter her by use of fire - and under pressure from her speed, this is not easy. Then there is The Keeper is a rather terrifying butcher with a safe for a head and a lump hammer covered in barbed wire. Just when you think you have killed him, he comes back to life. Tough enough when there is one of him. Hell on earth when there are two!

So, if you have not played these games already, but do not want to know how to handle such foes, skip this next bit. If you want a little advice, read on.

Sebastian has a problem. He can't run very far without getting a cramp and being winded. He needs a moment to get his breath back. By the time he does, Laura is already beating him to a pulp. So what to do? Along the way, Sebastian will discover jars of a curious green liquid (scavenge for them everywhere! ), which when ingested allows him to upskill his speed, stamina, focus, and other abilities. 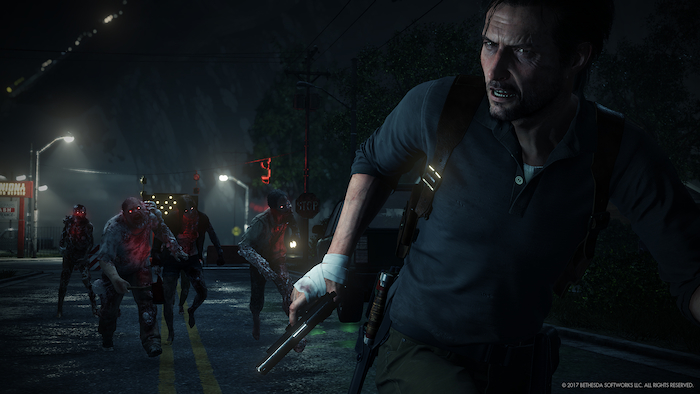 It is essential to upskill his ability and stamina for running first. The quicker he can put distance between himself and his opponent, the better the chance of survival, even if trapped in a tight space with basic weaponry. Look after that first, and there is less chance of being stuck for interminable amounts of time on one stage (take it from one who knows! ).

The sense of atmosphere and menace in The Evil Within series is brilliant, and the many diverse locations are a delight to wander through and be (often genuinely ) creeped out by. The fighting mechanisms of the game are very satisfying, and there are no complicated moves or switches between weapons and moves. The overall sense is of a rip-roaring battle to survive against zombie like creatures and a host of ghastly monsters. 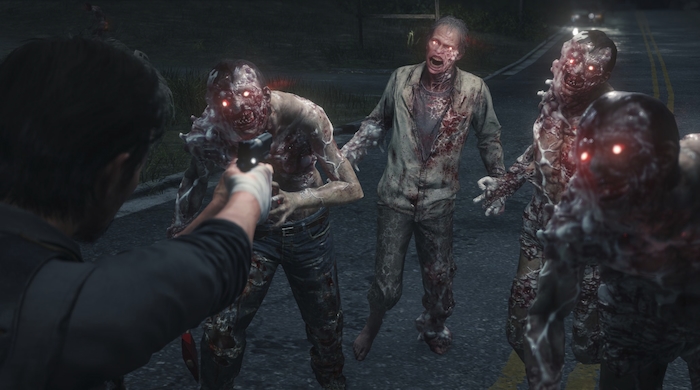 Another pleasure of The Evil Within series is that it unapologetically wears its influences on its sleeve. The pot plants as health boosts and the workstations where Sebastian can improve his weapons in II are straight from The Last Of Us, but if you are going to take from anyone, you should take from the best.

More to the point - and this shows how The Evil Within series knows it audience - are the abundance of movie references. You will have no problem spotting the nods to Shutter Island, Insomnia, and The Texas Chainsaw Massacre, but can you identify the homages to Japanese horror classic Môjû (1969 ) and the Alfred Hitchcock/Salvador Dali collaboration Spellbound (1945 )? And the surrealist influence does not end there. Both games feature numerous paintings hanging eerily on the walls of abandoned buildings, all of which draw from the darker end of that artistic movement.

What more can I say? I have played The Evil Within three times (third time was straight after finishing it second time around! ) and I'm itching to have another go at The Evil Within II. Play it, and you'll understand.