HOW DO you categorise a band like WHY? Indie-pop? Indie-rock? Alternative Hip Hop? Don’t bother trying. The band is all these things, and is also beyond the confines of those genres. It’s why WHY? matter. It’s why Alopecia remains an album worth celebrating.

On March 11 2008, WHY? released their second album, Alopecia. Wrestling with themes of death, illness, and sex, it was a grim, yet powerful, forward thinking indie-rock, with roots in alternative hip hop. Pitchfork declared it “an uncontainable record that defies genre and expectations at nearly every turn”; Spin praised it’s “brainy raps, cooing backing vocals, and a keen attention to melancholy melodic detail”; while The Skinny simply said it was “Grade A magic”. If you were around Galway at that time, you would have regularly heard Gugai play ‘The Hollows’ during his Strange Brew DJ sets. If you were a hardcore indie fan, Alopecia was an album to have and WHY? were a band you needed to know.

'It’s good to celebrate things from the past, but there is a lot of darkness I don’t really want to re-visit, and certain songs are easier than others to sing'

The great thing is WHY? are still going, still making powerful music of great depth and intelligence as last year’s Moh Lhean attests. Band leader Yoni Wolf has a lot more to say, plenty of new musical avenues to explore, and a restless creativity that is far from spent. He is happy to acknowledge though, that Alopecia “was one of the pivotal moments in our career”. 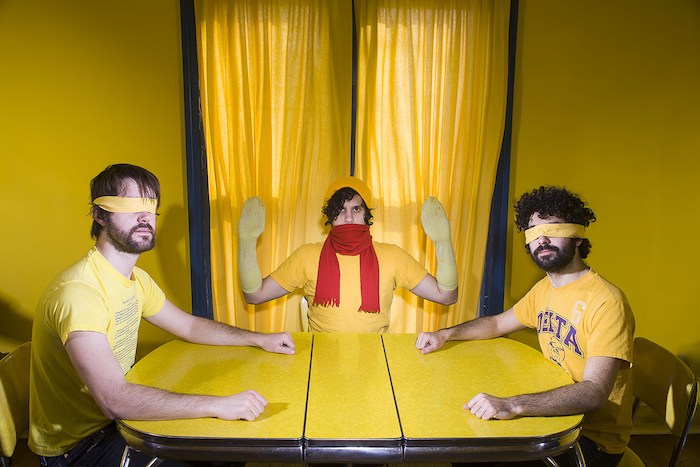 “It seems to be our listeners' most cherished album,” Yoni tells me during our Monday afternoon conversation. “People really seem to respond to that one. It has not been available for a long time and we always get asked is it available on vinyl, so we decided to re-release it. Then the idea was floated it could be fun to do a few live shows based around the album, and we thought, ‘We’ll try our hand at that.’

“It also represents a period for me, and what I was up to in my life at that moment. It was the first album, the first WHY? album anyway, that we recorded on two inch tape, and with fancy gear, in a studio. It was us embarking into fidelity in a way, and I like the songs. I did a lot of demos first and gave them to the other guys that recorded with us. It marked a change in the process of how we worked. The process since then has changed and we continue to develop. That’s very important to keep working fresh.”

The current tour will see WHY?, which includes Yoni’s brother Josiah and long time drummer Doug McDiarmid, perform Alopecia in its entirety, including at a show in the Róísín Dubh this month, which will also mark WHY?’s Galway debut.

“I think I was struggling with things in my life, but I was also inspired,” says Yoni. “It was not an easy time. I’d like to say I’m all better now, but I struggle, but comparing my life now, with then, somethings are better, and others not, just emotionally. I’ve had tougher times since, with illness and that.”

Yet, the experiences and emotions within those songs remain raw for Yoni, and while he is proud of the songs, he admits to having to build a kind of wall around himself when singing them, just to be able to get through them. “It’s good to celebrate things from the past, and it’s been a joy to rehearse these songs,” he says, “but, weird as it sounds, I’ve tried not to let the songs sink in too much. I play them as if they are covers. I enjoying singing them as if they are by someone else. There is a lot of darkness there I don’t really want to re-visit, and certain songs are easier than others to sing.”

In that case, is it possible to have a favourite song from the album? “I don’t know if I have a favourite,” he says. “In terms of growth, for me as a writer, would be ‘Good Friday’. That is very, very, raw. It’s not like there is super virtuosity in my writing there, it’s just me spitting it all out. I think ‘By Torpedo Or Crohn’s’ is cool. That was a landmark for me in terms of craftsmanship, and also it’s quite funny and expressive of the dark humour I had in me at the time.”

A fun experience though, for Yoni, and the fans, have been the archive videos from 2008 showing WHY? rehearsing, developing, and recording Alopecia. “It was really neat to look back at that stuff, and to see how we work and the differences and the similarities,” he says. “It was pretty cool to look back at that footage.”

Yoni is originally from Cincinnati and his musical career began with his involvement in the city's late 1990s hip-hop scene. Go back further though, and there was the turning point of Yoni's chance discovery of a four-track tape machine, in the synagogue where his father was a rabbi. “My dad was very musical, he played drums and piano, my mum sings a bit, but finding the four-track, I think that got me into recording,” says Yoni. “I was 12 or 13 when I found that and I just enjoyed being able to layer myself playing drums, then piano, and then rapping over it. It was like a magic studio.”

Judaism has certainly shaped and influenced Yoni’s outlook on life, although not in an obvious way. “I’m not religious whatsoever,” he declares. “As a kid I attended synagogue regularly, but I’ve not been involved since I was 14. I grew up in Messianic Judaism, it’s not like mainstream Judaism, as Messianic Jews are Jews that believe in Jesus as the Messiah. Americans will know of Jews For Jesus, but Messianic Judaism is very different. They liken themselves to the first Christians, when all Christians were Jews, before it started to branch out and accept non-Jews.

'I’m working on new music now. I learn about myself and my view of the world through the process of making music'

"It's probably shaped me, as any early exposure shapes a human in their first 10 years, but growing up so steeped in religion, it’s hard to accept a prescribed world view. How can humans really know what’s going on? With mainstream Judaism, it’s more open ended, you can imagine God as wherever your imagination might take Him - I say He because He is referred to as masculine in the traditional religions - but what I grew up was very specified and that was a turn off. That said, I still have a sense of profundity. Definitely profundity exists. I still have a sense of that, but not within the confines of a religion or religious doctrine.”

Returning to music, Yoni describes Cincinnati's alternative hip hop scene as being "impacted by New York 90s hip hop stuff, with Yoni considering himself "an outgrowth of that", yet at the same time, "not related too closely to that scene". He adds: "I had my own little group of friends. We became cLOUDDEAD. That was the earliest thing I did that got properly realised on vinyl. Before that it was dubbing tapes and selling them ourselves for $5 on the fledgling internet.” 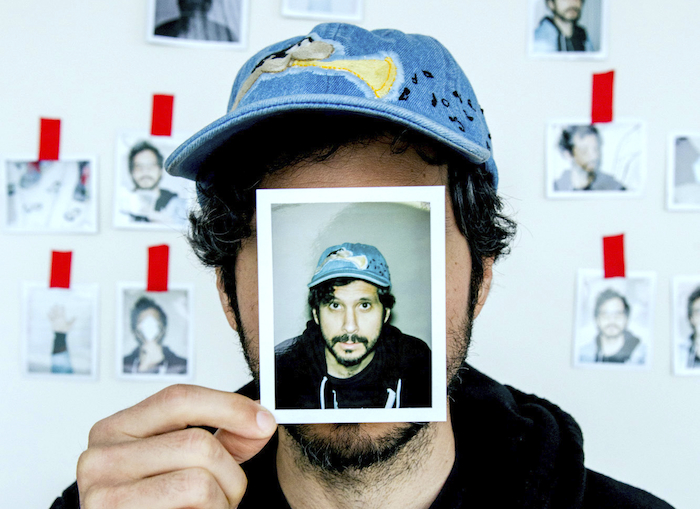 Yoni had been operating solo under the name WHY?, but retained the moniker when he formed the band, and moved in a more indie direction. The first fruits of this was 2005’s Elephant Eyelash. Since then WHY? has released a further four studio albums, two live albums, and four EPs. As mentioned, Yoni remains a working artist, ever keen to push himself forward, and a follow-up to the magnificent Moh Lhean is in the works.

“I’m working on new music now,” he says. “I wouldn’t have done the Alopecia tour if it didn’t fit in with our itinerary; we didn’t have anything to tour this fall, and we wanted to do the re-release. It’s not like now is the start of a retrospective where we only hold up all of our old work. We are moving forward. I’m not sure what the new music will be yet. I learn about myself and my view of the world through the process of making music. I hope it will be out sometime next year.”

WHY? perform Alopecia at the Róisín Dubh on Wednesday September 19 at 8pm. Tickets are available from www.roisindubh.net; the Ticket Desk at OMG Zhivago, Shop Street; and The Róisín Dubh.